HMD Nokia phones are coming to Verizon, Cricket and Rogers 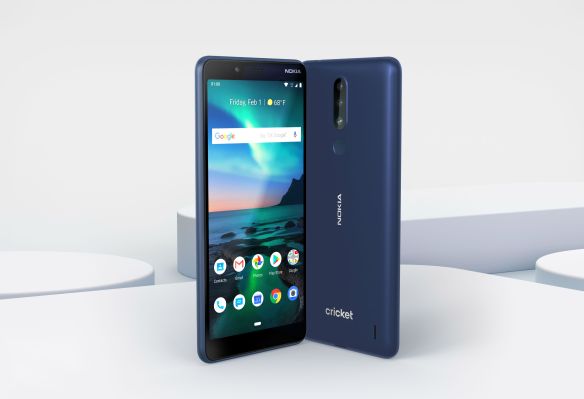 The North American market can be a tough one to crack for a number of reasons, not the least of which is consumers’ continued reliance on carriers. Without their distribution channels, most handset makers just can’t get a foothold here. In a meeting earlier this week, HMD told me that North America is going to be its primary focus for 2019, a push that starts with a trio of carrier deals.

This morning, the Finnish smartphone maker announced that it will be bringing its Nokia-branded Android handsets to a trio of key carriers — Verizon and Cricket in the U.S. and Rogers in Canada. The U.S. devices are arriving this month, with Rogers’ arriving “very soon” through its Chatr brand.

Cricket users will get access to the Nokia 3.1 Plus, which focuses primarily on battery — it’s 3500mAh, which the company optimistically puts at two days of life. It’s a budget device, of course, priced at $160, sporting a 5.99 inch screen, a middling Snapdragon 439 and dual rear-facing cameras.

Verizon users will get access to the Nokia 2 V, which sports an even larger 4,000mAh battery and a 5.5 inch screen. That one will be available through Verizon stores on January 30. Rogers, meanwhile, will be getting the Nokia 2.1.

HMD’s already had pretty solid growth in its first few years of existence, bucking the trend of an otherwise stagnate mobile market. That growth comes thanks in part to its out of the gate brand recognition from acquiring Nokia IP, some buzzy early retro handsets, a focus on budget devices and its continued commitment to the oft-neglected feature phone market.