Here are five charts tracking the U.S. economy amid the coronavirus pandemic 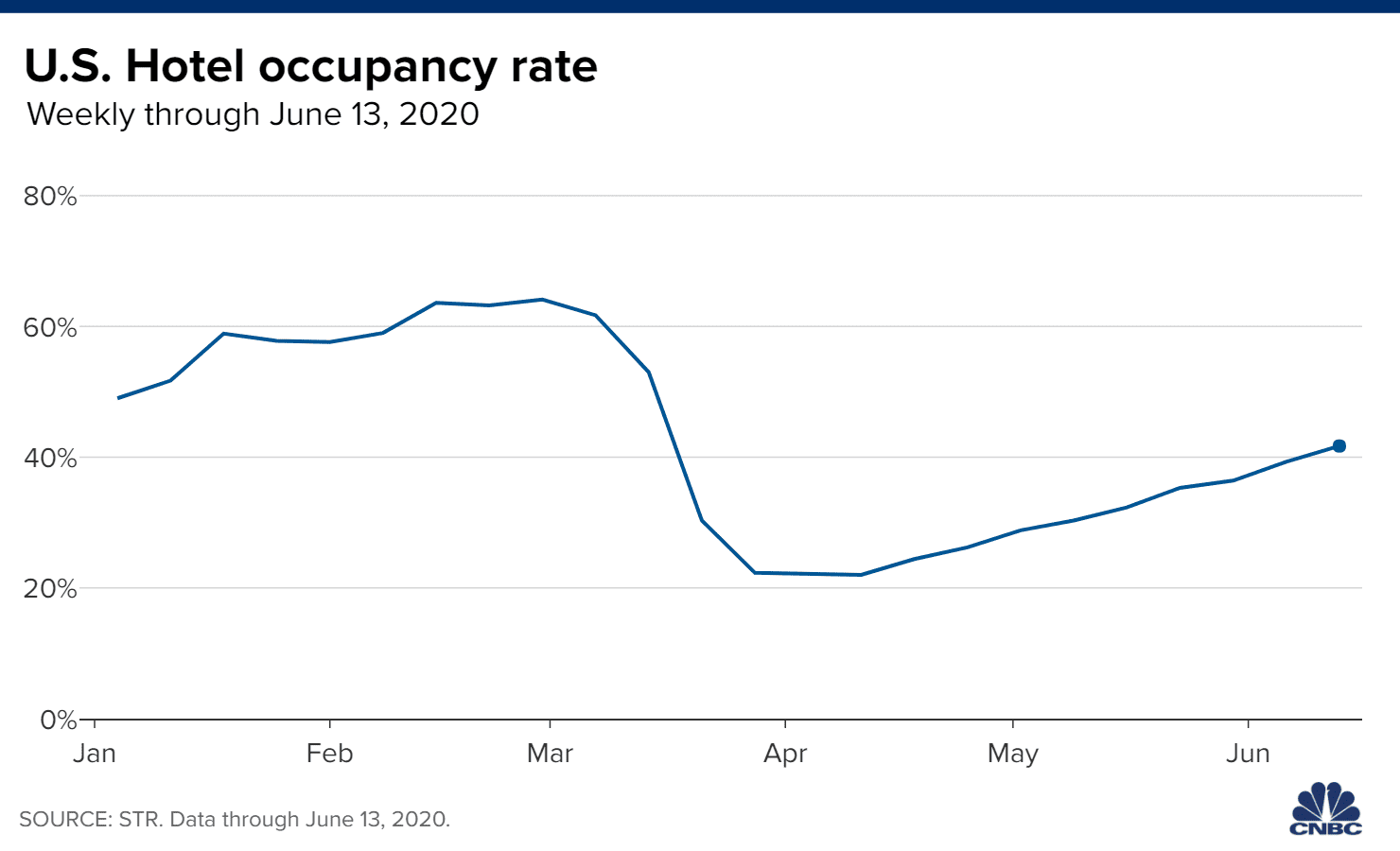 Requests for transit directions on Apple Maps are still nowhere near pre-pandemic levels, according to data from the navigation app. However, driving and walking direction requests have surged from their low points during the early stages of the outbreak. Travelers may be more inclined to driving and walking rather than using public transportation as coronavirus cases continue to increase.

Ahead of the Fourth of July weekend, the U.S. hotel occupancy rate has continued to creep upward and is now at 46%, according to data from global hospitality research company STR. Norfolk/Virginia Beach, Va., was the only travel market to surpass a 60% occupancy level. Destinations like Boston, Orlando, Florida and Oahu Island, Hawaii, saw some of the lowest occupancy rates this week among STR’s top 25 travel markets.

Mortgage applications for buying a single-family home are 15% higher than the same week last year, according to data from the Mortgage Bankers Association. However, they did decline slightly from last week despite mortgage rates hitting a record low. “Investors are contemplating the risks of the recent resurgence of COVID-19 cases to the labor market and economy,’ said Joel Kan, MBA’s associative vice president of economic and industry forecasting, in a statement.