A new programme of high-impact support for social enterprises, the Red Bull Amaphiko Academy, is launching in Bradford, ‘the best city for startups’, providing coaching, training and mentoring to entrepreneurs who have the potential to drive positive social change

A quiet revolution is taking place in UK business. The ‘profit equals success paradigm’ of old is being challenged by a growing number of socially-conscious startups. As well as making money, this bunch of highly motivated, ambitious entrepreneurs want to make a positive impact.

It is estimated that the UK is now home to more than 100,000 such companies, nearly half of which were founded in the last five years, according to Social Enterprise UK.

It is the guts and ambition of such organisations that inspired Red Bull to set up a programme for up-and-coming social entrepreneurs: the Red Bull Amaphiko Academy. The energy drinks brand is now inviting socially-conscious startups to apply to join the 2019 programme, which it describes as “a launchpad for grassroots social entrepreneurs”.

“Red Bull is looking for people who have created initiatives that are already making a difference to their society, that are also exciting, that are innovative, that are out of the box and have a clear, demonstrable social impact,” explains Kamran Rashid, an Amaphiko facilitator and founder of the Socially Conscious Company, a Bradford-based consultancy that champions social enterprises. 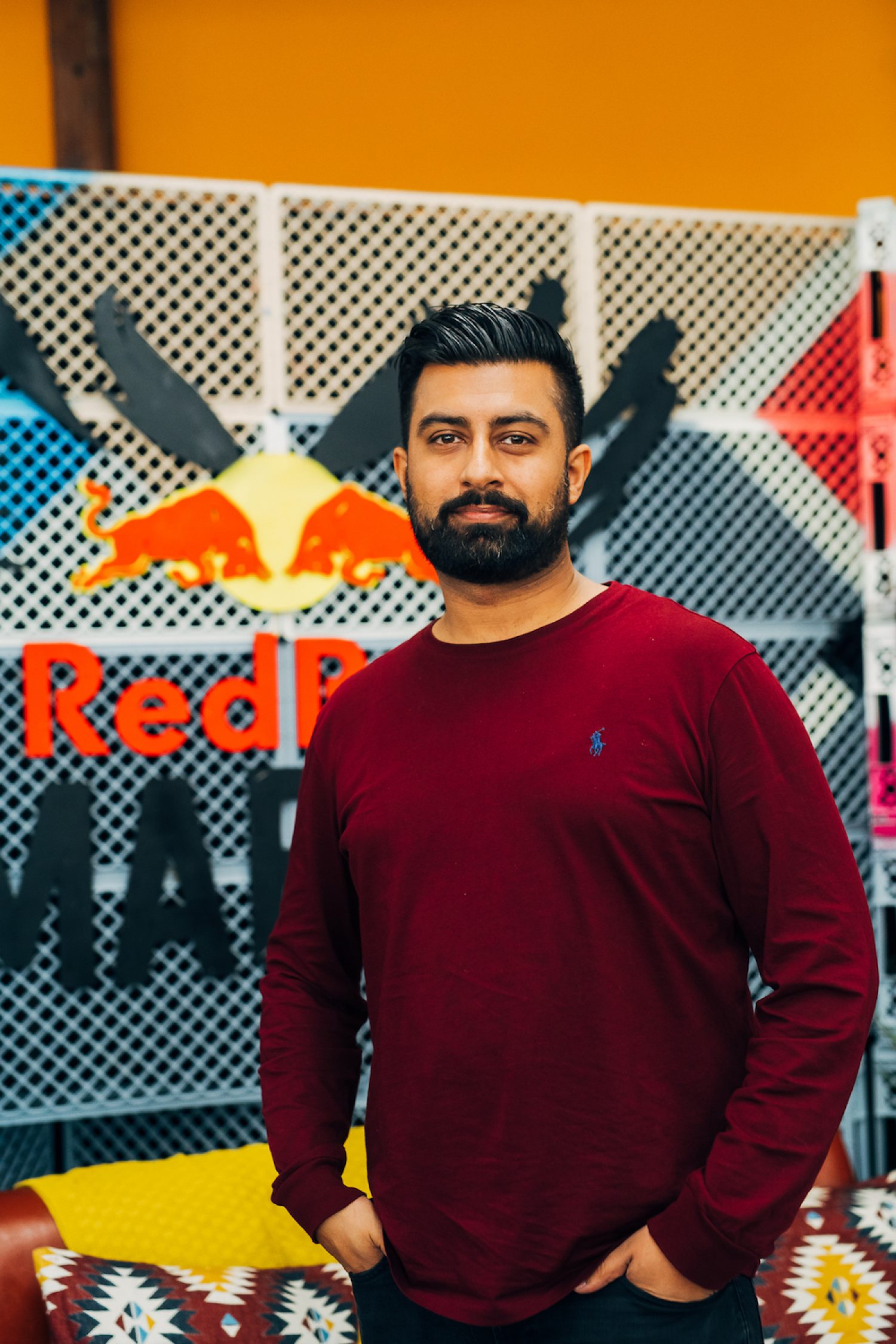 This is the first ever Red Bull Amaphiko Academy in the UK, which has previously operated in 15 global cities, in locations as diverse as the US city of Baltimore, São Paulo in Brazil, and the South African township of Soweto. It champions social entrepreneurs who are driving positive change in their corner of the world and has supported more than 120 social enterprises already.

The Bradford-based programme will see up to 20 successful applicants join an eight-day development programme between 28 September and 6 October. “They will meet inspirational speakers, have coaching sessions, attend workshops and receive training to help them nurture them and their social project,” explains Rashid. “Everything they need to help them scale up their social enterprise will be taught in this academy.”

Organisations championed by the academy to date range from a South African cake making business, which also bakes bricks to build affordable housing, to a US clothing company that uses fashion to fight poverty.

Successful applicants are paired with mentors, who work with them to develop a business plan and personal development strategy. Mentors then support the entrepreneurs to achieve their targets over the following 18 months with Red Bull supporting their development. 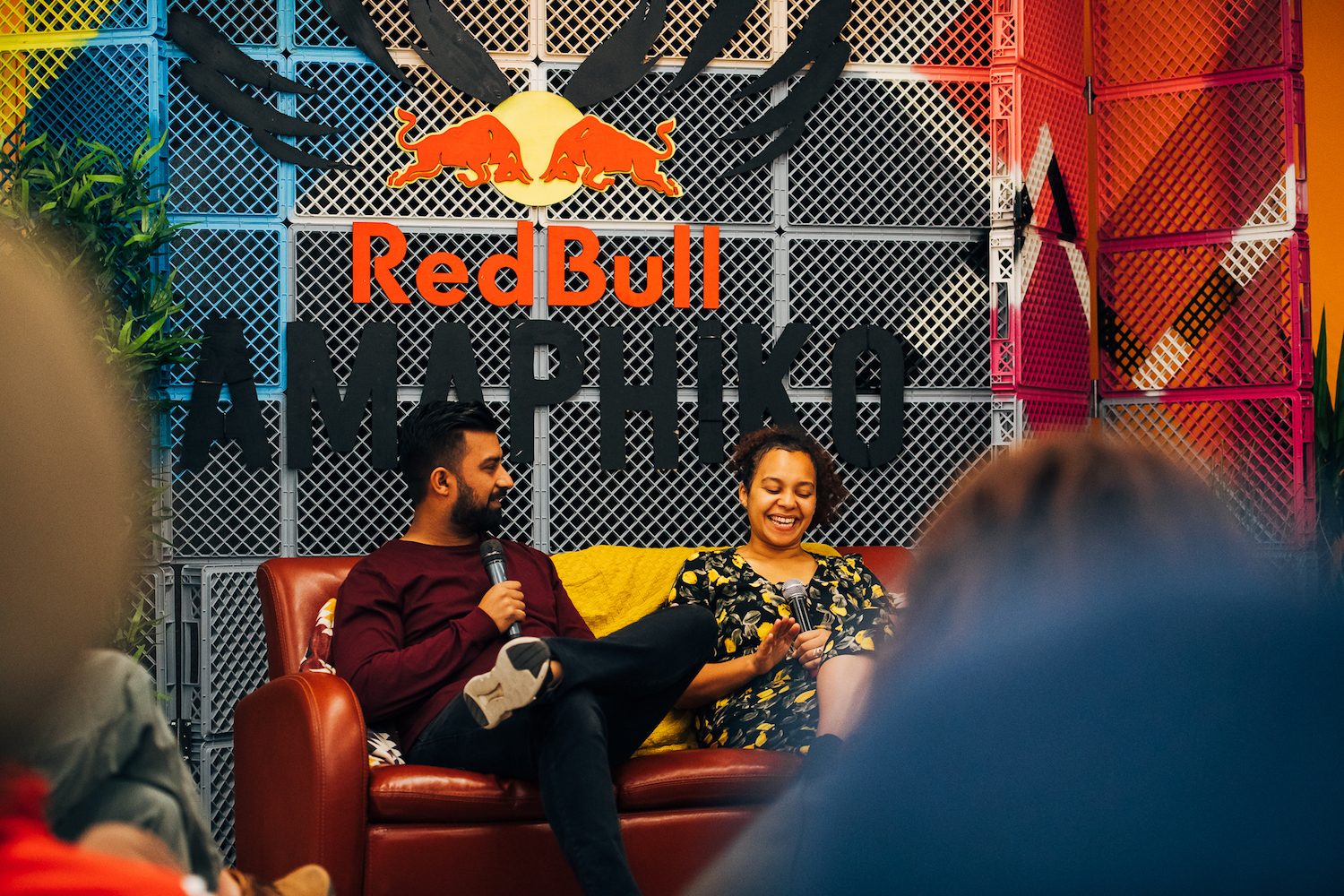 Amaphiko is a Zulu word for “wings” referencing the marketing slogan ‘Red Bull gives you wings’. “Having such a behemoth of a brand supporting social enterprises in the UK is a real coup,” says Rashid. “I think it’s going to really raise the profile of the sector.”

The 35-year-old was himself born and raised in Bradford, which Barclays named the UK’s best city for startups in 2017, due to its affordable rent, business rate relief and labour market, among other factors.

While London is the UK city best known for its social entrepreneur scene, Rashid welcomes the fact that Red Bull chose to locate the first Amaphiko Academy in Bradford instead. “Fifty per cent of people in Bradford are under the age of 25,” he notes. “We have a young and a diverse population.”

The city was built on social innovation. In the 1800s, its woollen mills placed it at the heart of the industrial revolution and it was an early pioneer of workers’ rights and free school meals. A spirit of support and community cohesion has remained to this day. This, coupled with the young and diverse population eager to enact social change, is why Red Bull chose to head there this autumn.

It is this millennial generation that has been attributed with fuelling the rise of social enterprises. “People this age are a lot more socially conscious,” says Rashid. “Millennials are more likely to want a job or a career that has social impact as well as economic impact.”

The Red Bull Amaphiko Academy, though, is open to anyone, providing they are “making the people or planet better”.

Apply to take part in the 2019 UK Red Bull Amaphiko Academy here. The deadline for applications is 31 May.

The farms that feed society a better diet in Malaysia

Members of the scheme pay for a share of the harvest, rather than for individual vegetables, helping create financial stability for farmers. Profits go towards food waste recovery and composting.

“We’re hoping to restore and re-establish the dignity and respect for the farming profession,” says Will Chua, FOLO co-founder. “We provide all our farmers with around 20 per cent above the average market wage, proper leave, medical insurance and other benefits.” 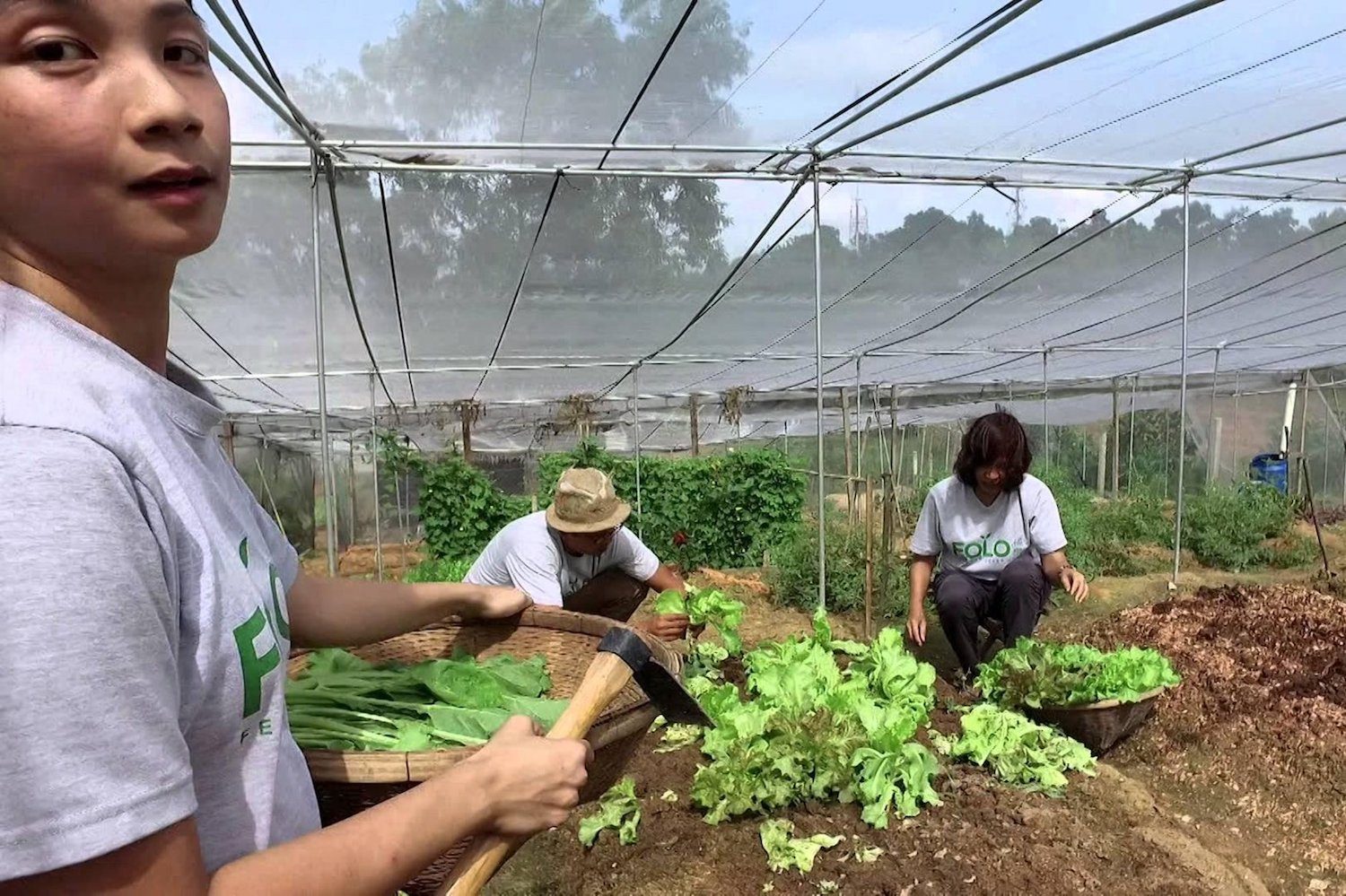 The US skateboard manufacturer with a twist

Nashville-based Salemtown Board Co. is a non-profit organisation that helps unemployed men learn new skills and stay on their feet. Over the past seven years, the company has recruited dozens of young apprentices from all backgrounds, teaching them how to make skateboards and equipping them with carpentry skills that will help them get jobs and stay out of trouble.

Schuyler Anderson, who founded the enterprise with his brother Will, said it exists to “step in and teach young men the basics of how to work hard. How you should turn up on time consistently, and how you can then be proud of the work you do.”

Every new company needs to meet a demand, but Anderson went about his research a little differently. “We asked the question: how can we be good neighbours? All the moms, the grandmothers, the pastors had one response: ‘the young men need jobs’.” 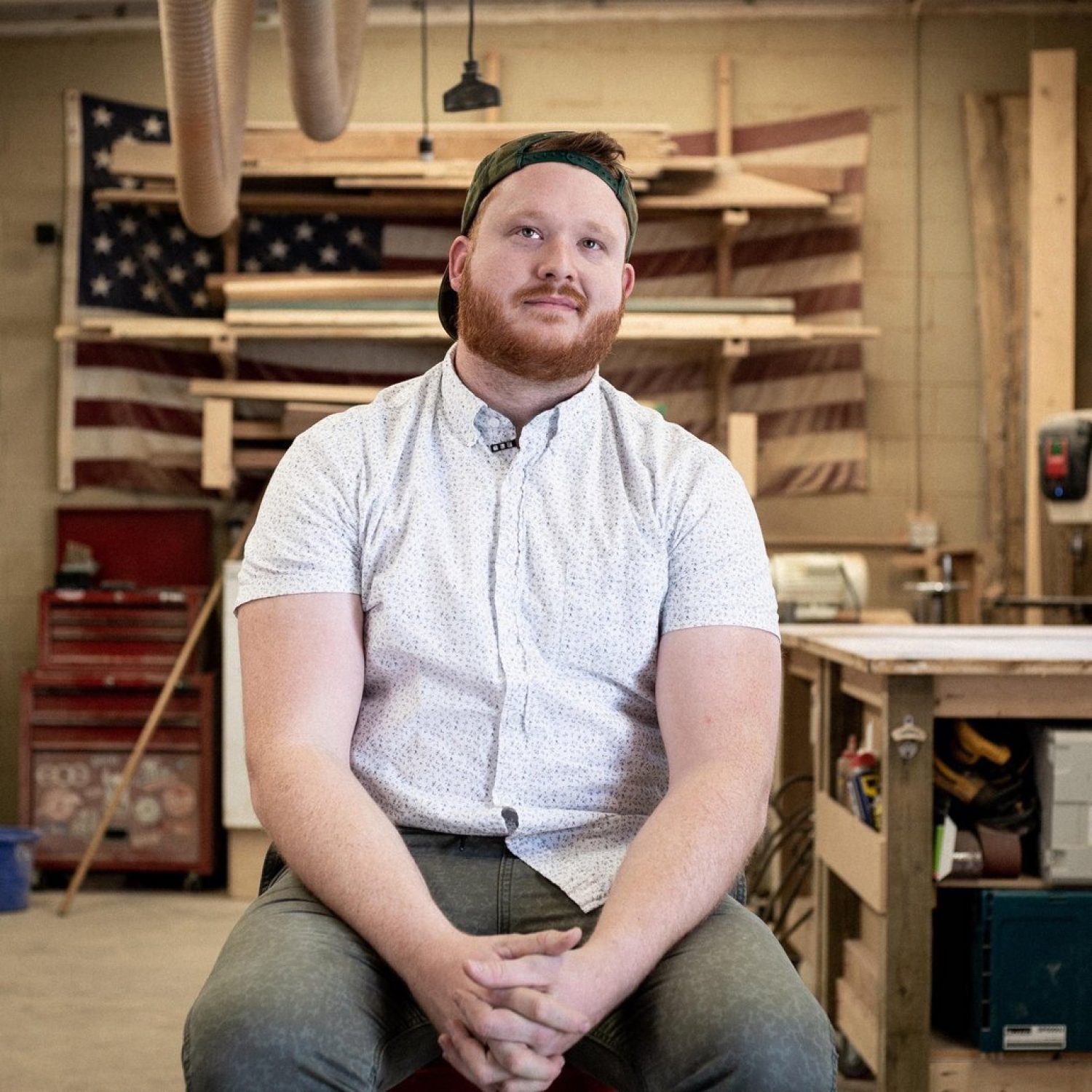 An entrepreneur helping alleviate the symptoms of Parkinson’s disease

After seeing his grandfather struggle with Parkinson’s disease, Dr Mantas Venslauskas felt compelled to help him and other people with the condition. After hours of painstaking research, he invented a handheld therapeutic device called the ViLim Ball (pictured below). It uses vibrations to alleviate the symptoms of both Parkinson’s disease and rheumatoid arthritis.

“We gathered evidence to show that 10 minutes of therapy can reduce hand tremors for a period of up to four hours,” says Venslauskas.

The device is currently undergoing trials for medical approach. Early findings show that it helps reduce tremors by up to 50 per cent in more than 80 per cent of patients. 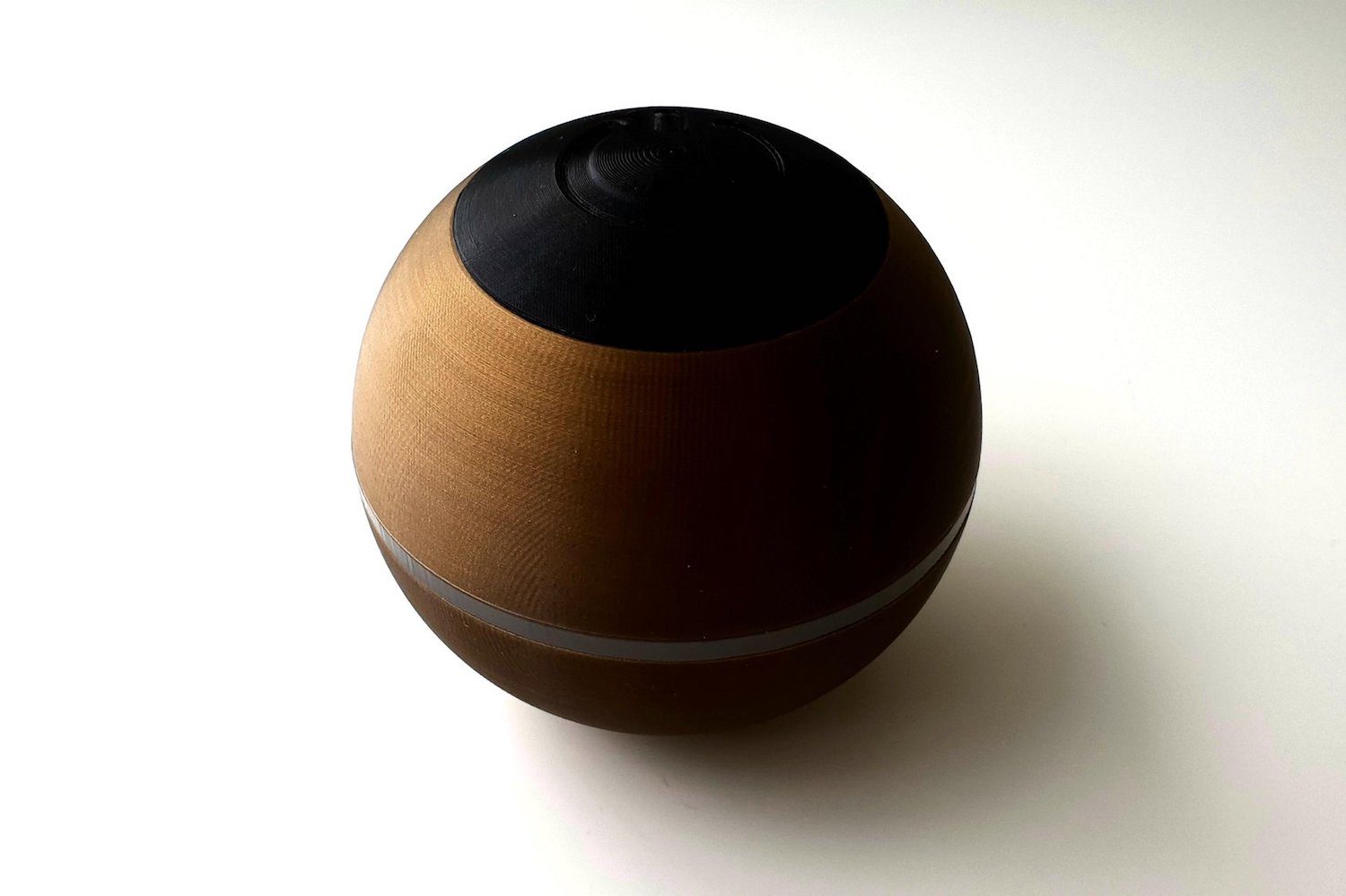