For Trump, a Risky Gamble to Deter Iran 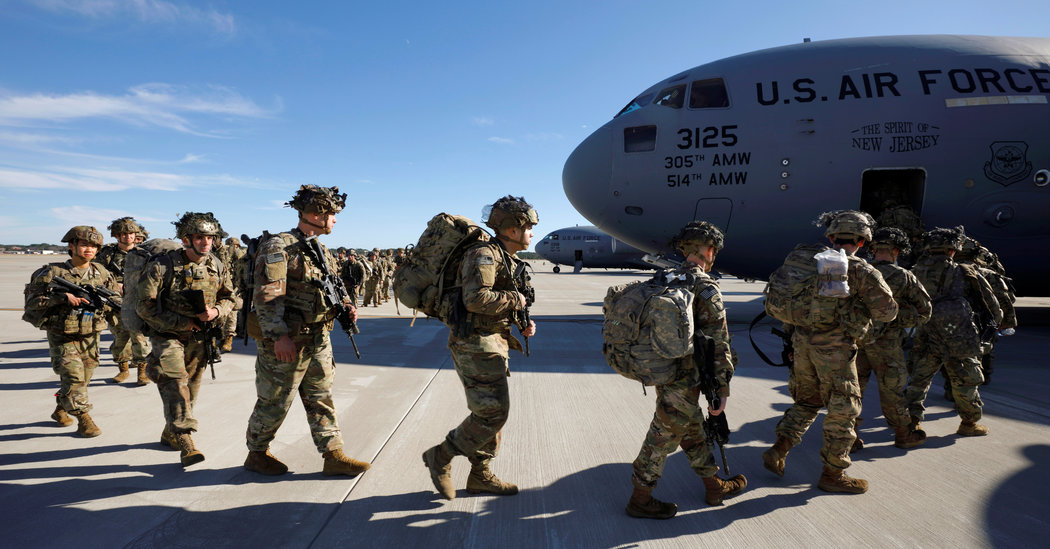 President Trump’s decision to strike and kill the second most powerful official in Iran turns a slow-simmering conflict with Tehran into a boiling one, and is the riskiest move made by the United States in the Middle East since the invasion of Iraq in 2003.

The calculus was straightforward: Washington had to re-establish deterrence, and show the Iranian leadership that missiles fired at ships in the Persian Gulf and at oil facilities in Saudi Arabia, along with attacks inside Iraq that cost the life of an American contractor, would not go without a response.

But while senior American officials have no doubt the Iranians will respond, they do not know how quickly, or how furiously.

For a president who repeated his determination to withdraw from the caldron of the Middle East, the strike that killed Maj. Gen. Qassim Suleimani, who for two decades has led Iran’s most fearsome and ruthless military unit, the Quds Force, means there will be no escape from the region for the rest of his presidency, whether that is one year or five. Mr. Trump has committed the United States to a conflict whose dimensions are unknowable, as Iran’s supreme leader, Ayatollah Ali Khamenei, seeks vengeance.

“This is a massive walk up the escalation ladder,” wrote Charles Lister of the Middle East Institute. “With Suleimani dead, war is coming — that seems certain, the only questions are where, in what form and when?”

Bruce Riedel, the former C.I.A. officer who spent his life studying the Middle East, and is now at the Brookings Institution, said, “The administration is taking America into another war in the Middle East, bigger than ever.”

Yet it may not be a conventional war in any sense, since the Iranians’ advantage is all in asymmetric conflict.

Their history suggests they will not take on the United States frontally. Iranians are the masters of striking soft targets, starting in Iraq, but hardly limited to that country. In the past few years, they have honed an ability to cause low-level chaos, and left no doubt that they want to be able to reach the United States.

For now, they cannot — at least in traditional ways.

But they have tried terrorism, including an abortive effort nine years ago to kill a Saudi ambassador in Washington, and late Thursday, the Department of Homeland Security was sending out reminders of Iran’s past and current efforts to attack the United States in cyberspace. Until now, that has been limited to breaches on American banks and scrutiny of dams and other critical infrastructure, but they so far have not shown they have the abilities of the Russians or the Chinese.

Their first escalation may well be in Iraq, where they back pro-Iranian militias. But even there, they are an unwelcome force. It was only a few weeks ago when people took to the streets in Iraq to protest Iranian, not American, interference in their politics. Still, there are soft targets throughout the region, as the attacks on the Saudi oil facilities showed.

Complicating the management of a perilous moment are the president’s impeachment and the revival of Iran’s nuclear program.

It is only a matter of time before there are questions about whether the strike was meant to create a counternarrative, one of a conflict with a longtime adversary, while a Senate trial to determine whether to remove Mr. Trump begins. And already there are charges that the president overstepped, and that the decision to kill General Suleimani — if it was a decision, and the Iranian leader was not simply in the wrong convoy at the wrong moment — required congressional approval.

“The question is this,” Senator Christopher S. Murphy, Democrat of Connecticut, asked on Twitter as news of the strike spread. “As reports suggest, did America just assassinate, without any congressional authorization, the second most powerful person in Iran, knowingly setting off a potential massive regional war?”

Mr. Trump will argue that he was well within his rights, and that the strike was an act of self-defense. And he will have a strong argument: General Suleimani was responsible for the deaths of hundreds, if not thousands, of Americans in Iraq over the years, and doubtless was planning more.

The American announcement, from Defense Secretary Mark T. Esper, cited the general’s plans — which were not specified — as a justification for the action. If there was real intelligence of impending strikes, then the longtime principles of pre-emption, enshrined anew in American policy by President George W. Bush, would apply.

The nuclear future is more complex.

Mr. Trump walked away from the 2015 nuclear agreement more than a year ago, over the objections of many of his own aides and almost all American allies.

At first, the Iranians reacted coolly, and stayed within the limits of the accord. That ended last year, as tensions escalated.

Before the strike, they were expected to announce, in the next week, their next nuclear move — and it seemed likely to be a move closer to enrichment of bomb-grade uranium. That seems far more likely now, and poses the possibility of the next escalation, if it prompts American or Israeli military or cyberaction against Iran’s known nuclear facilities.

Once it buries General Suleimani, the Islamic Revolutionary Guards Corps — which oversaw the secret projects to build nuclear weapons two decades ago — may well determine that it is time to surge ahead. There is little question the United States is far less likely to challenge a country with an existing nuclear arsenal. The Iranians, like the North Koreans and the Pakistanis, could well take General Suleimani’s death as a warning about what happens to countries with no nuclear options.

Even those critical of the president’s nuclear move said they understood why the Iranian general was such a target.

“These guys are the personification of evil,” David H. Petraeus, the retired general who was an architect of the surge in Iraq, said in an interview Thursday night. “We calculated they were responsible for at least 600 deaths” of American soldiers.

But Mr. Petraeus offered a caution.

“There will be an escalation,” he said. “I assume they have to do something. And the only question is, over time, have we created more deterrence than if we had not acted.”