Floyd Mayweather and DJ Khaled Are Fined in I.C.O. Crackdown 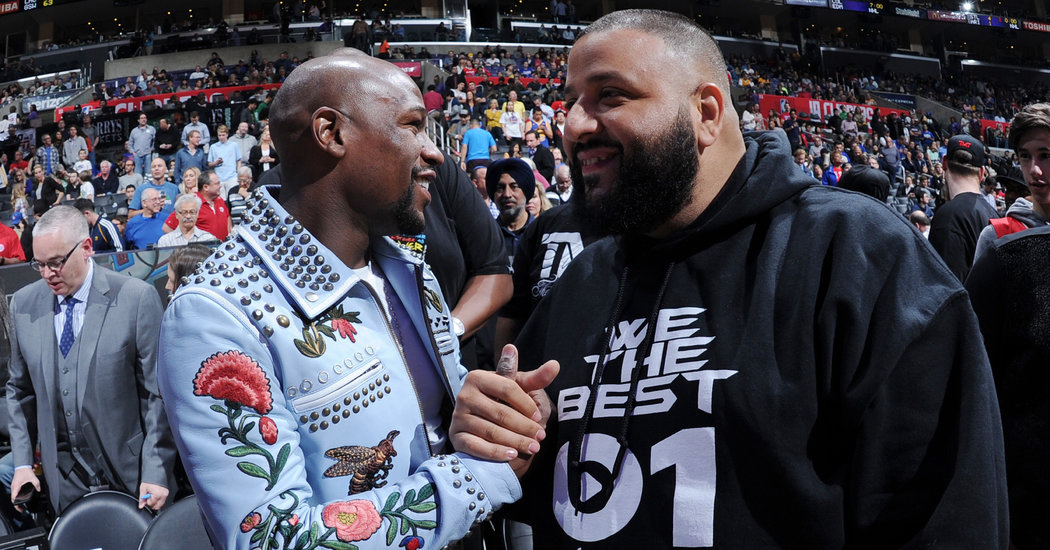 SAN FRANCISCO — When the virtual currency markets were hot last year, the boxer Floyd Mayweather Jr. and the music producer and rapper Khaled Khaled, known as DJ Khaled, were getting paid to promote new digital tokens.

On Thursday, regulators announced that Mr. Mayweather and Mr. Khaled will have to give back all the money they received for those promotions and pay additional fines in the latest crackdown on the virtual currency markets.

The Securities and Exchange Commission said Mr. Mayweather was paid $100,000 and Mr. Khaled $50,000 to promote a virtual currency released last year by the start-up Centra Tech in a so-called initial coin offering. The men did not disclose those payments in their online postings hyping the digital coin, the regulators said.

The payments and broader problems with the Centra coin offering were first reported by The New York Times last fall.

Since then, the founders of Centra were arrested and charged with defrauding investors. The men, three friends from South Florida, had managed to raise around $30 million through their coin offering, in part with the help of the celebrity promotions.

“Get yours before they sell out, I got mine,” Mr. Mayweather wrote to his followers on Twitter last year, with a link to the Centra token sale.

Mr. Mayweather has agreed to give back the $300,000 he received from Centra and two other coin offerings he promoted, pay an additional $300,000 penalty, and adhere to a three-year ban on promoting other investments. Mr. Khaled will pay back the $50,000 he got from Centra as well as a $100,000 penalty. Both men agreed to settle the charges against them without admitting wrongdoing.

Lawyers for Mr. Mayweather did not immediately respond to requests for comment Thursday evening. A lawyer for Mr. Khaled declined to comment.

The case against the men is the latest piece of the S.E.C.’s effort to stamp out illegal activity in the virtual currency markets. The agency has shut down numerous coin offerings and begun to force others to return money to investors.

The charges announced on Thursday were the first time the agency has directly targeted people who promoted virtual currencies. Last fall, several celebrities, including Paris Hilton and the soccer player Lionel Messi, helped promote initial coin offerings. Few of them disclosed that they were paid to promote the coins.

The regulatory actions taken by the S.E.C. and other agencies around the world have put a damper on coin offerings in recent months, as has the recent crash in virtual currency prices.

But in the announcement on Thursday, the S.E.C. made it clear that regulators are not done scrutinizing behavior in the virtual currency industry. The agency said that its investigation is active and that Mr. Mayweather has agreed to cooperate with the agency.