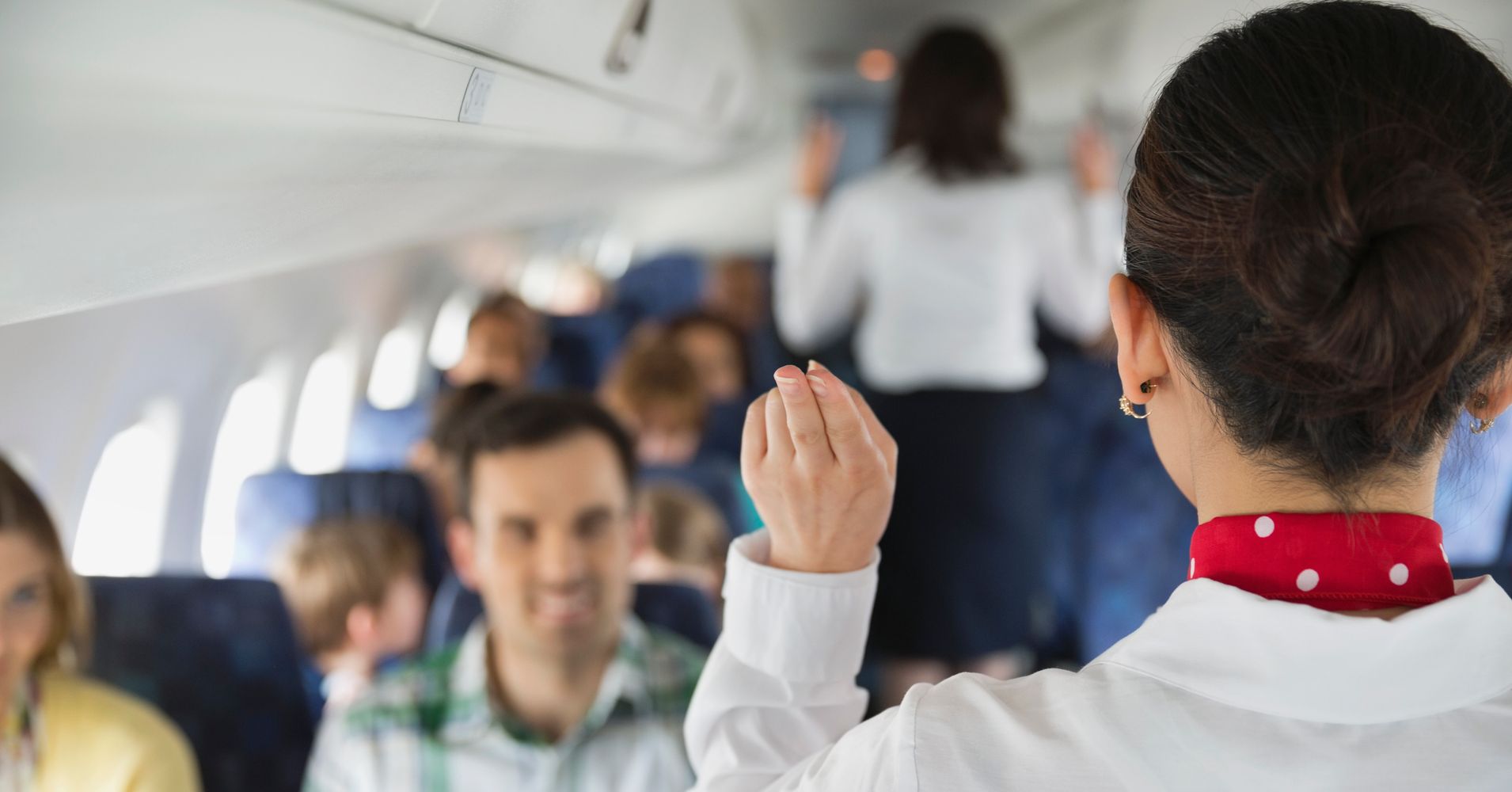 Flight attendants are there to make air travel easier for you. There are a few simple ways you can return the favor.

HuffPost reached out to flight attendants to learn about their pet peeves with passengers and how travelers can pitch in, so the flight crew can keep everyone safe and happy in the air.

Some of their suggestions are mere preferences that affect efficiency, while others involve the safety of the flight and its passengers. (Of course, there are emergency situations in which these recommendations don’t apply.)

Check out their tips below.

When it comes to ordering drinks on a flight, it’s helpful to know what you want by the time the flight attendant gets to your seat and to be very clear about the specifics of your order. Bryanna, a flight attendant for a major airline carrier who shares only her first name on her blog and Instagram profile Life On A Jumpseat, told HuffPost that for morning flights, having to ask every single passenger who orders coffee how they like their coffee can drag out the beverage process.

“If you wanted to be my favorite passenger ever you could even say how many creams and/or sugars you’d like,” she said via email.

Clear the aisle as quickly as you can.

Anyone who has flown knows boarding and deplaning can be anything but smooth. Being on your phone during either of these processes is a sign you’re not prioritizing anyone’s time but your own.

“Not only do the flight attendants perceive you as rude when you ignore them as you get on/leave the plane but the passengers behind you aren’t thrilled when you take extra time trying to get your things situated while simultaneously holding the phone to your ear,” Bryanna said.

It’s also frustrating when people stop at the front of the plane to ask questions that are not urgent and thereby hold up everyone boarding behind them, said Jasmine King, a flight attendant for a major U.S. carrier who shares her experience on Instagram under the handle @37000nbeyond. And if it’s not an emergency, please don’t use the bathroom as soon as you board because you returning to your seat can be another obstacle for your fellow passengers.

“Boarding is the most hectic part of the flying process so we’d all appreciate if you’d stow your luggage as quickly as possible and step out of the aisle to let others pass,” King said via email.

Emily Keathley, a flight attendant for a major carrier who documents her travel experiences under the Instagram handle @weariwandered, said one of the “worst offenders” onboard is the person who ignores the seatbelt sign, especially just before takeoff and landing.

“I have had several people get up to use the restroom right before we were supposed to take off and since it is a safety violation to have anyone up when the airplane is taxiing we then can be delayed with leaving,” she said via email. “Remember, the seatbelt sign is on for a reason not just as an annoyance to you.”

Flight attendants typically walk through the cabin with a garbage bag to collect any trash from passengers, but King said she still deals with people “hoarding” their trash in the seatback pocket and leaving it for flight attendants to clean up later.

She also noted that if you make a mess for some reason (flights can get bumpy), telling someone right away is the key to avoiding a bigger problem later.

Ally Lovett, a flight attendant for a major carrier who is based out of New York City and blogs at Depart Fashion, said one of her biggest pet peeves is people who don’t comply with the announcement to put electronics away as the plane makes its final approach.

“I wonder did they hear us, or are they just waiting until the last minute to be told three times to put their laptop away,” she said via email. “It just amazes me.”

Be polite, say hi or at least give a nod.

A long day of travel is enough to make anyone grumpy. But being polite to the flight crew takes minimal effort and can improve the situation for everyone.

Bryanna offered “a few simple tips to make sure your flight crew don’t feel degraded”: “take your headphones off/out of your ears when we get to your row, say please/thank you when you’re ordering a drink, hand over your trash, or say hello/goodbye when you get on and off the airplane.”

King, who has shared more dos and don’ts for passengers on her blog, noted that patience and kindness are “always appreciated and will go a long way.” She added that if your flight attendant isn’t helping you right away, it’s not because they’re ignoring you. It’s likely something more pressing has their attention.

“I promise we didn’t forget,” she said. “Sometimes we just have a lot going on.”