Father Saves Toddler After Dingo Drags Him Away From Sleeping Family 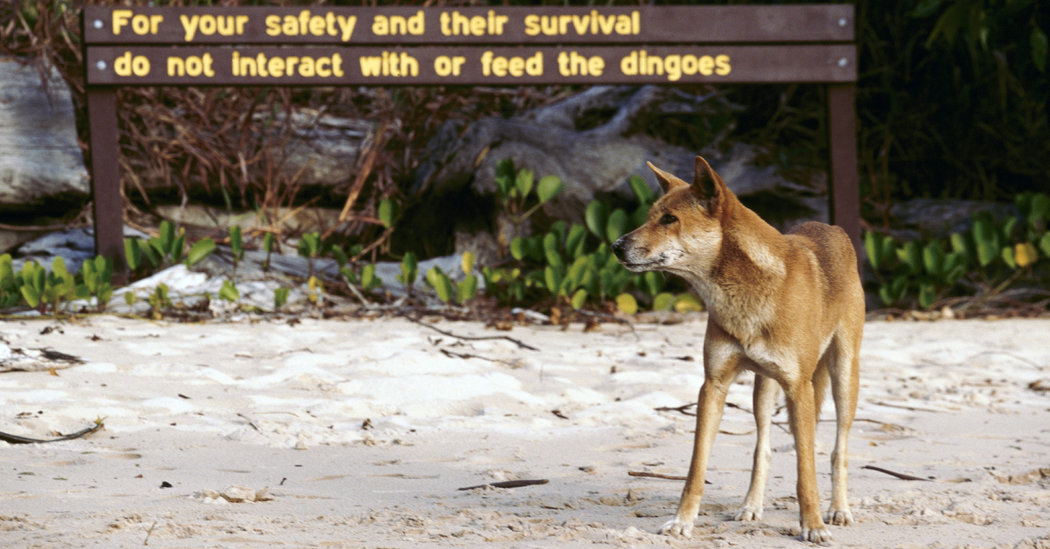 After being woken up by the distant cries of his 14-month-old son, a father wrestled the child away from a dingo that had dragged him from a van in Queensland, Australia, on Friday, according to local officials.

The father’s quick action on Fraser Island, a tourist destination where the wild dogs known as dingoes are protected by law, prevented what might have been a more tragic ending.

The child, who was taken by helicopter to a hospital in stable condition, suffered a fractured skull and several puncture wounds, the boy’s parents said in a statement. He was to undergo surgery on Friday.

“He’s not out of the clear, but it could have been a lot worse than what it was,” Michael Porter, a Queensland Ambulance Service flight paramedic, told reporters.

Ben Du Toit, a paramedic who arrived on the scene, told reporters the child had been dragged several yards away from the van after midnight while the family was sleeping. The father fought off several other dingoes besides the one that grabbed his son, Mr. Du Toit said.

Fraser Island gets about 400,000 visitors per year and is well known for its roughly 200 dingoes, which roam free on most of the island. Human-dingo interactions are relatively rare, and attacks on humans are even rarer.

But it was the third dingo attack this year on the island, where officials train visitors on how to stay safe from the dogs. A 6-year-old boy was bitten on the legs in January, and the following month a 9-year-old boy and his mother were both bitten. The latter attack led to the euthanization of two dingoes.

A dingo was also euthanized in July after biting a woman and a child.

When dingoes do attack humans, children are often the targets “because their size does not intimidate a dingo as much as an adult person,” according to the Queensland Department of Environment and Science.

It was not known why the dingo attacked the toddler on Friday.

Visitors to Fraser Island are encouraged never to feed the dingoes, which have a diverse range of prey, including fish, small reptiles, rodents, bandicoots, wallabies and kangaroos.

Dingoes live throughout Australia, where they are believed to have been introduced about 4,000 years ago. They are classified as a wild dog not native to Australia, which means they can be legally trapped or killed in many places. Their legal status has long been debated, with some arguing that they need more protections.

The debate resurfaces each time there is a high-profile attack. A 9-year-old boy was killed by a dingo on Fraser Island in 2001, leading to a controversial culling of the dingo population there.

Dingo attacks are most closely associated with the 1980 case of Azaria Chamberlain, whose disappearance attracted media coverage in Australia that rivaled the American fixation on O.J. Simpson. Her mother, Lindy Chamberlain, said the girl was taken by a dingo from a tent in the outback, but the body was never found and she was convicted of murder.

Though Ms. Chamberlain was set free three years later when the verdict was overturned, the mystery captivated Australians for decades until she was finally cleared in 2012, when a coroner ruled that the child had been killed by a dingo.

The animals had been considered a problem well before that. In 1938, The New York Times wrote of the “DINGO MENACE IN AUSTRALIA.”

“Public enemy No. 1 in Northeast Australia is the dingo, or wild dog, which is held to do as much damage as all other pests put together,” the newspaper wrote.