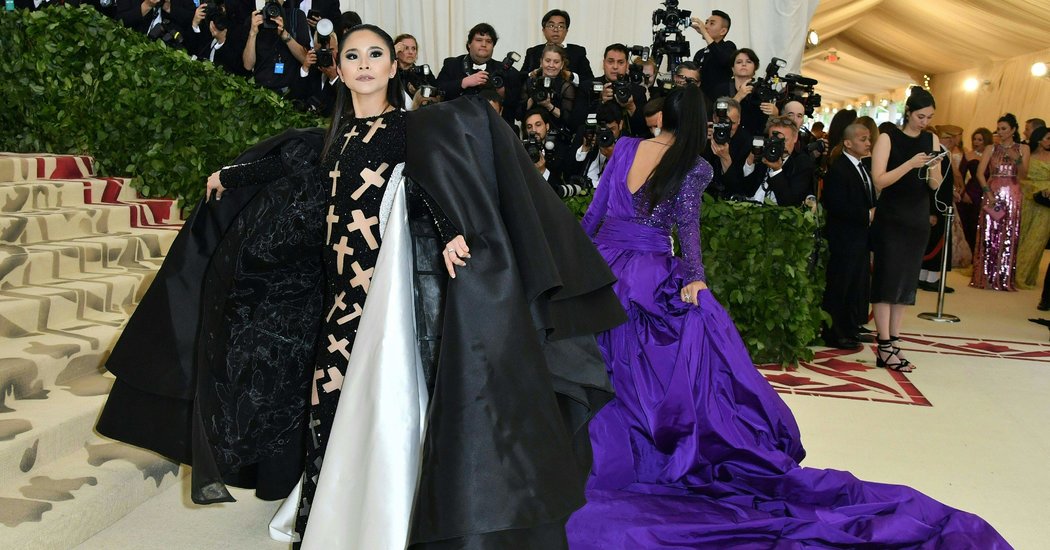 Just over a week ago, Michael Burke, the chief executive of Louis Vuitton, stood in the darkened space in Paris where his show — the last of fashion month — was about to take place and noted that, despite all the anxiety over the new coronavirus, there had been very few cancellations. He pointed out that many of the hundreds of people in the room had been traveling together and in enclosed spaces for weeks.

“Do you know anyone who is sick?” he asked rhetorically. Everyone looked around and shrugged.

But Mr. Burke didn’t know that earlier that day, in a doctor’s office in another country, Nga Nguyen had coughed.

Ms. Nguyen, 27, is, effectively, fashion’s patient zero. She was a guest at the Gucci show in Milan and the Saint Laurent show in Paris, two of the ready-to-wear season’s most popular, heavily attended events — and the first fashion world denizen to be identified publicly as testing positive for the new coronavirus.

As such, she has become something of a lightning rod for fears about a fashion system that enforces both travel and togetherness for an extended period of time, as well as a symbol of privilege and its carelessness.

After that cough, which took place during a routine visit to a doctor with a family member, she was tested and the next day was told she was positive.

Since then, she has been treated in a hospital in Europe, tracing her movements and trying to think of everyone with whom she may have been in contact. And she has been pilloried in social media and the press, along with her sister, Nguyen Hong Nhung, who attended both shows with her and has also tested positive for coronavirus. Ms. Nhung, who lives in Hanoi, Vietnam, has been called a “super-spreader” by British newspapers.

Generally speaking, the implication was that they were jet-setting around the world spreading the virus and deserve whatever is coming to them.

“People said I flew home, that I already knew when I was at the shows — neither of which is true — that I am spoiled, that because I showed my cleavage in one picture, that’s why the virus was attracted to me, that it’s time for greedy fashion people to stop and think,” Ms. Nguyen said in a phone interview.

One woman wrote, “rather than ‘influencer,’ it seems she was an infector.” Others did not bother to check the timeline of outbreak versus Ms. Nguyen’s trip to Italy.

It probably did not help that the world discovered that Ms. Nguyen and her sister had been at the shows when they posted pictures of themselves in full fashion regalia on their Instagram feeds. (Ms. Nguyen has deleted her account because of “messages that threatened both myself and my family,” she said.)

Ms. Nguyen, who moves between London, Germany and Hanoi, is the daughter of a steel magnate and has been called a “global nomad” by The Resident, an online platform based in London. She has a degree in political science from King’s College, London, and worked for LVMH in the cosmetics and perfume division in Paris before joining her family office.

She declined to call herself an “influencer,” though she did say she “loved” fashion and attending charity events, documenting them for social media with a photographer.

She twice attended the Met Gala, and has been photographed at various galas with such fashion world figures as Naomi Campbell, Anna Dello Russo, Jonathan Newhouse and Virgil Abloh, the designer of Off-White and Louis Vuitton men’s wear. She fully subscribes to the filtered view of life often shown on social media.

In doing so, she set herself up as a target.

“I completely understand the extreme sentiment, given the world is in hysteria over this epidemic,” Ms. Nguyen said. “There’s definitely major scrutiny for us, but I think it’s largely based on assumptions and fantasization of the sequence of events.”

Here is what happened. Though Ms. Nguyen said she had been “a friend of” Gucci for a while, and had attended different collections in Europe in the past, she had never been to a Gucci show until this year, when the brand invited her and a guest. She was very excited.

She asked her sister to come to the show. Together they flew from London to Milan on Feb. 18 and went to Gucci.

“My mind was blown, I was in awe,” Ms. Nguyen said. They spent the night, went to the showroom the next day and then flew back to London.

(Ms. Nguyen did not want to disclose where she had stayed or what airplane she had flown for fear of hurting their business.) She and her sister were in Italy, she said, for less than 48 hours.

At the time, she said, “no one was talking about the virus.” It wasn’t until Feb. 20 that Italy’s first coronavirus case was recorded in Lombardy.

On Feb. 25, they took the Eurostar to Paris to attend Saint Laurent. At that point, Italy had been identified as a coronavirus epicenter but was not yet in lockdown. Later that week, her sister flew home.

“We felt totally fine the whole time,” Ms. Nguyen said. “I was going to the gym, going to work.”

On March 2, she went on a work trip. Then the cough happened, and the next day she learned she was infected.

“I was really confused at first,” Ms. Nguyen said. “You think, how and when did it happen?” She said she does not know, but she has been in confinement ever since. Her fever fluctuates between low grade and 102.5, and she often has bouts of coughing.

Ms. Nguyen said she had alerted her contacts at Gucci and Saint Laurent, as well as her friends, family, makeup artist and photographer. (None have shown signs.) She said both companies told her that their employees had shown no signs of Covid-19 and that they would inform people who had been seated near her.

When contacted directly, Saint Laurent declined to comment further, citing privacy concerns. A spokesperson for Gucci emailed: “Despite 21 days having passed since our show, once we were informed of Mrs. Nguyen’s coronavirus confirmation, we informed all guests that were seated alongside Mrs. Nguyen at the show. They have expressed their thanks and advised they are doing well.”

Now she is hoping that her next tests, on Monday, reveal her to be virus free, though she is also planning to stay in the hospital for retesting to be sure. She is aware of the disparity between her own status and ability to handle the requirements of quarantine and that of someone in a less cosseted position.

As for social media, she is trying to stay off it for the moment. “Once I’m transitioning back to normal life after the recovery, I will bring it back,” she said.

At the same time, the fashion rumor mill continues to churn. Thoughts have turned to the Met Gala, the next big congregation of the industry and its acolytes, scheduled to take place May 4. The museum has said it has no plans to postpone. For the moment.

Ms. Nguyen is not planning to attend.