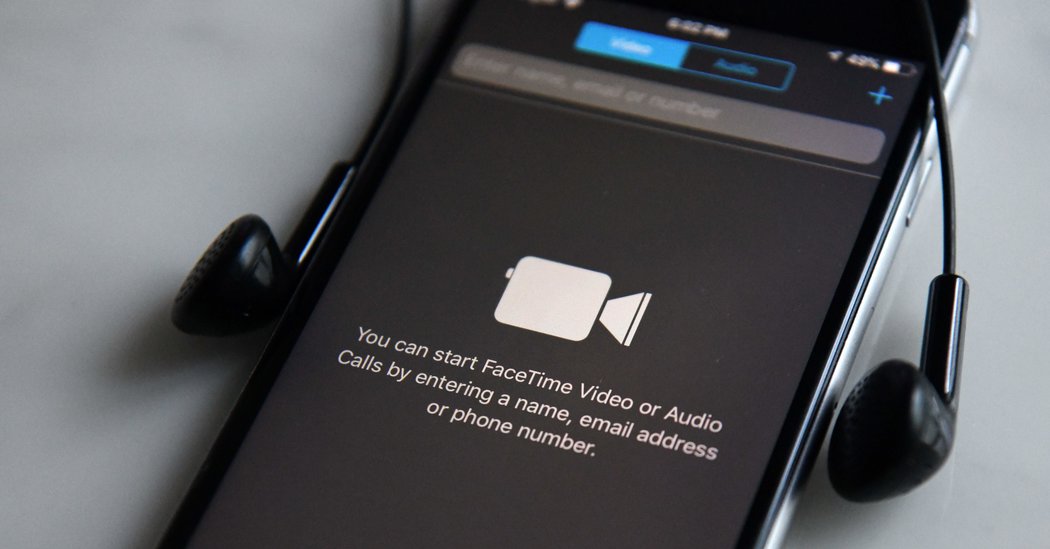 SAN FRANCISCO — The iPhone as an eavesdropping device? Watch out. It can happen.

On Monday, Twitter and other social networking sites lit up with anxious Apple users after the news site 9to5Mac reported on a strange glitch in the company’s iPhones. The issue: It turns out that an iPhone user can call another iPhone user and listen in on that person’s conversations through the device’s microphone — even if the recipient does not answer the call.

The problem was the result of a bug and involves Apple’s FaceTime app for placing video and audio calls over an internet connection. The bug could also give a caller access to a live feed of the recipient’s camera.

On Monday night, Apple said it had disabled Group FaceTime, the feature that was causing the glitch.

The glitch is embarrassing for Apple, which is set to report disappointing financial earnings on Tuesday. The Silicon Valley company has long positioned itself as a protector of user privacy offering more secure devices than its rivals.

“We’re aware of this issue and we have identified a fix that will be released in a software update later this week,” Apple said in a statement.

“The FaceTime bug is an egregious breach of privacy that puts New Yorkers at risk,” he said.

I replicated the bug using two iPhones. I began by placing a FaceTime call to the other iPhone, and while the call was ringing, I swiped up on the screen, hit add person and added myself to the conversation. From there, I was able to listen in on the recipient’s microphone, even if the person did not pick up.

If the recipient hit the volume-down or volume-up buttons during this process, the caller could also see a live video feed of the recipient’s front-facing iPhone camera.

How to handle this? Until the fix is released, iPhone users should go into the phone’s settings and disable FaceTime. Start by opening the Settings app, then tap FaceTime and toggle off FaceTime.