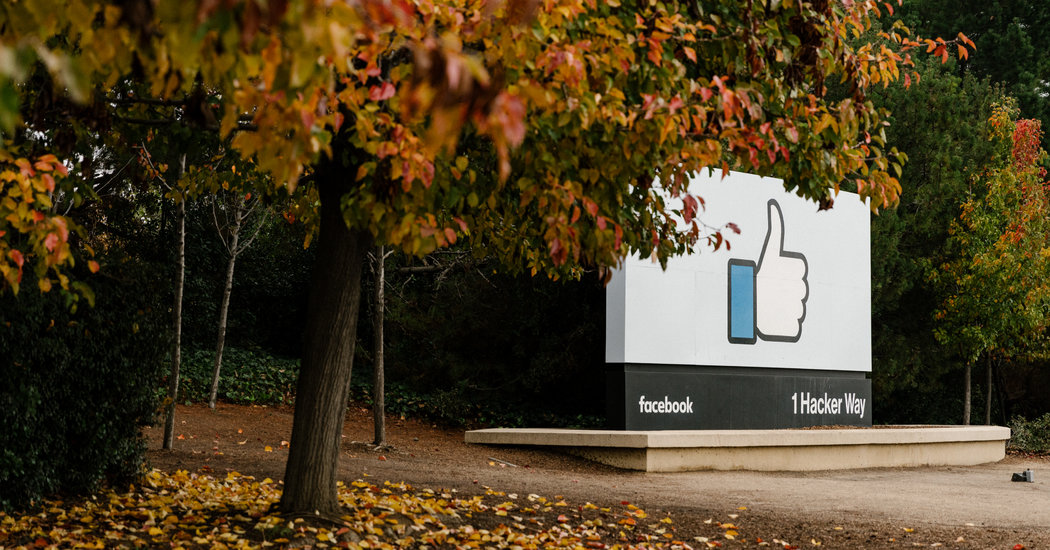 WASHINGTON — Facebook said on Thursday that it had removed misleading ads run by President Trump’s re-election campaign about the 2020 census, in a stand against disinformation ahead of the decennial population count that begins next week.

Earlier this week, Trump Make America Great Again, a joint fund-raising arm of Donald J. Trump for President Inc. and the Republican National Committee, started running ads on the social media site that Facebook said could have caused confusion about the timing of the census.

“President Trump needs you to take the Official 2020 Congressional District Census today. We need to hear from you before the most important election in American history,” the ad said. The campaign asked followers to “respond NOW” to help our campaign messaging strategy, with an appeal to text “TRUMP to 8022.”

The Census Bureau will not begin to survey the public for its population survey until next week. The ad linked the census to the Trump campaign, a misrepresentation of the official government survey, said civil rights groups.

The census has become another disinformation test for social media companies. Facebook, Twitter and YouTube have come under pressure for their handling of political speech and what has been a piecemeal approach to policing their platforms. Candidates in this year’s presidential election are expected to spend hundreds of millions of dollars on political ads, and the companies have already struggled to enforce consistent policies.

Facebook has taken the most permissive — and most criticized — approach to political speech, allowing candidates and their campaigns to post misleading information and target those messages to specific audiences.

When Mr. Trump posted an altered video of Speaker Nancy Pelosi, Facebook and Twitter refused to take the video down. A 30-second video ad on Facebook in October also falsely accused former Vice President Joseph R. Biden Jr. of blackmailing Ukrainian officials to stop an investigation of his son.

But Facebook said on Thursday that the Trump campaign’s message violated its policy against interference in the census, an important survey and population count used to draw electoral maps. Facebook bars the misrepresentation of dates, locations, times and methods for census participation.

“There are policies in place to prevent confusion around the official U.S. census and this is an example of those being enforced,” Facebook said in a statement.

President Trump’s re-election campaign declined to comment on the ads.

The decision to remove the ads was an exception to Facebook’s lenient political speech policy. Mark Zuckerberg, Facebook’s chief executive, said last fall in a speech at Georgetown University that his company would not arbitrate the harms of speech from political leaders. The speech drew strong criticism from civil rights groups and some Democrats.

Facebook does maintain some exceptions to its policy on political speech, including a ban on hate speech and speech that could interfere with the census.

Civil rights groups, which have been warning Facebook about the possibility of disinformation around the census, alerted Facebook to the misleading ads Wednesday evening. Judd Legum, a reporter for the newsletter Popular Information, first reported about the ads by Mr. Trump’s campaign.

At first, Facebook declined to remove Mr. Trump’s campaign ads on the census, according to Mr. Legum and Vanita Gupta, president of the Leadership Conference Education Fund. Ms. Gupta said she communicated over email on Thursday morning with Mr. Zuckerberg and Facebook’s chief operating officer, Sheryl Sandberg. The company changed its position by Thursday afternoon, she said.

Ms. Gupta has warned that the social network could be a target for misinformation on census information, a concern among civil rights leaders, who fear a miscount of the population could affect districting for voters and lead to voter suppression.

“While we’re gratified that Facebook shut down Trump’s attempt to sow confusion about how and when to participate in the 2020 census, it’s disturbing that the ads weren’t immediately removed,” Ms. Gupta said in a statement. “We will continue to hold Facebook accountable to enforce it. Nothing should distract from making sure everyone gets counted.”

Other civil rights leaders said the delay in action by Facebook showed weakness in its own enforcement. They added that the social media network was not being proactive enough and had placed the burden on the public to inform them about abuses on the site.

“While Facebook has now committed to removing the misinforming post in question, the damage is done,” said Rashad Robinson, president of Color of Change, a civil rights group. “Going forward, harmful and misleading ads must be flagged in a pre-posting review process, not after they’ve hit hundreds, if not thousands, of news feeds,”