Facebook Has Banned Four Armed Groups From Its Platform In Myanmar 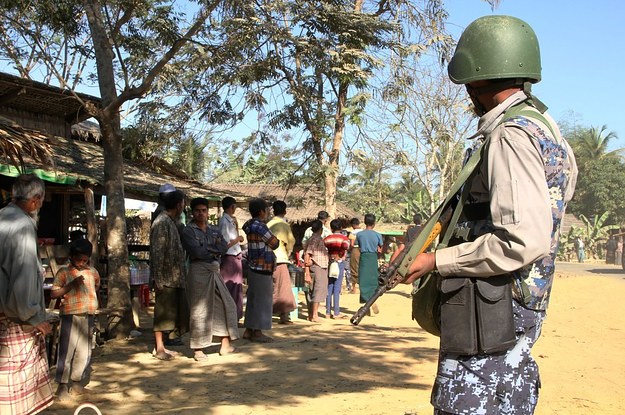 Facebook has banned four insurgent groups who have been fighting against Myanmar’s military from using its platform, according to a company blog post published Tuesday.

The banned groups include the Arakan Army (AA), the Myanmar National Democratic Alliance Army (MNDA), Kachin Independence Army, and the Ta’ang National Liberation Army. Facebook said that all “praise, support, and representation” related to these groups will also be removed from the platform as soon as the company becomes aware of it.

The MNDA, for instance, was blamed for at least 30 deaths in 2017 on fighting Myanmar’s armed forces on the Myanmar-China border. The AA, meanwhile, killed 13 policemen in in an Independence Day attack last month.

A Facebook executive told the Financial Times that the company’s ban on these groups on Tuesday was in response to an uptick of violence associated with them and was not a response to requests from Myanmar’s government.

“There is clear evidence that these organizations have been responsible for attacks against civilians and have engaged in violence in Myanmar, and we want to prevent them from using our services to further inflame tensions on the ground,” Facebook wrote in its recent blog post.

Facebook has 20 million users in Myanmar – nearly all of the country’s internet users – who started using the social network after the country opened up partially in 2015 by holding elections after years of military rule.

But the social network has been accused of fuelling ethnic violence against Rohingya Muslims, a religious minority in the country, by failing to crack down on hate speech and misinformation on its platform.

In August 2018, a BuzzFeed News analysis showed that lawmakers from Myanmar regularly posted hateful anti-Muslim content on Facebook including calling for violence. In the same month, the United Nations published a report in which it described Facebook as “a useful instrument for those seeking to spread hate”, added that the company’s response to the problem in Myanmar had been “slow and ineffective”.

The UN also called for an independent investigation into the social network. In response, Facebook banned some Burmese officials and organizations including the head of Myanmar’s armed forces to stop “the spread of hate and misinformation.”

“We recognize that the sources of ethnic violence in Myanmar are incredibly complex and cannot be resolved by a social media company,” said the company in its latest blog post, “but we also want to do the best we can to limit incitement and hate that furthers an already deadly conflict.”