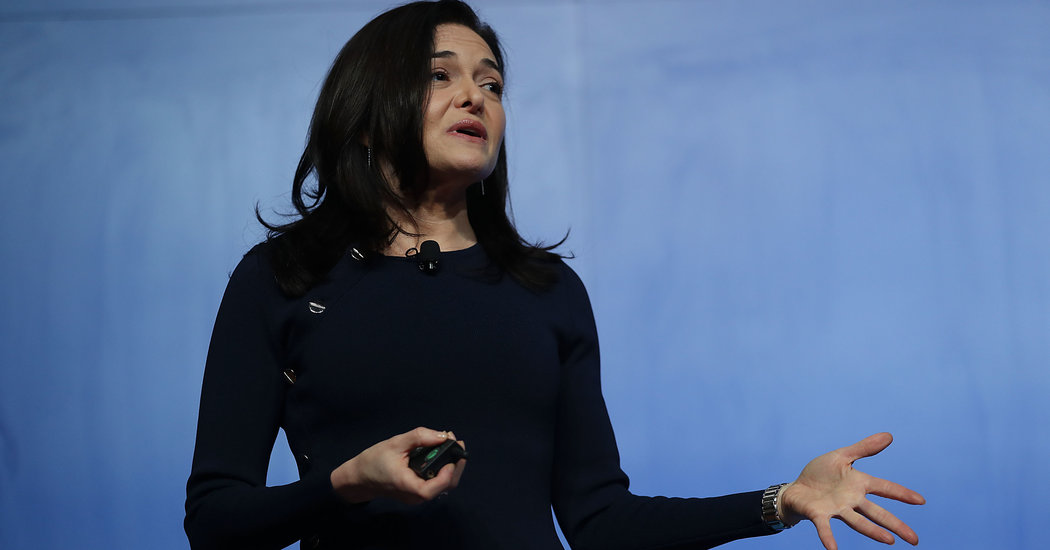 After years of criticism, Facebook announced on Tuesday that it would stop allowing advertisers in key categories to show their messages only to people of a certain race, gender or age group.

The company said that anyone advertising housing, jobs or credit — three areas where federal law prohibits discrimination in ads — would no longer have the option of explicitly aiming ads at people on the basis of those characteristics.

The changes are part of a settlement with groups that have sued Facebook over these practices in recent years, including the American Civil Liberties Union, the National Fair Housing Alliance and the Communications Workers of America. They also cover advertising on Instagram and Messenger, which Facebook owns.

“We think this settlement is historic and will go a long way toward making sure that these types of discriminatory practices can’t happen,” Sheryl Sandberg, the company’s chief operating officer, said in an interview.

The company said it planned to carry out the changes by the end of the year and would pay less than $5 million to settle five lawsuits brought by the groups.

A related complaint by the federal Department of Housing and Urban Development is pending. A Facebook spokesman said the company was in discussions with the department to resolve the case. A HUD official did not respond to a request for comment.

The change comes with Facebook under pressure on many fronts. On Tuesday, it was on the defensive with the Trump administration after it blocked posts by the White House social media director, Dan Scavino Jr. Facebook later apologized, saying the posts had been mistaken for spam — but not before President Trump warned on Twitter that “I will be looking into this” and declared that Facebook, Google and Twitter “are sooo on the side of the Radical Left Democrats.”

And over the last year, Facebook has dealt with scandal after scandal related to the company’s data-sharing practices and privacy. In early 2018, The New York Times reported that Cambridge Analytica, a political research firm, had inappropriately harvested information from millions of Facebook profiles, largely because of Facebook’s improper stewardship of user data. Facebook has been criticized for a data breach late last year, compromising the accounts of millions of users.

Several news organizations, including The Times and ProPublica, have also reported on the use of Facebook’s targeting tools in ways that prevent members of certain groups, like women or workers over 40, from seeing ads.

Pauline Kim, a professor of employment law at Washington University in St. Louis, praised the changes but cautioned against overstating their significance.

“Taking the explicit ability to discriminate off the table is an important first step,” Professor Kim said. “But I don’t think it solves the problem of the potential for biased serving of ads.”

Ms. Kim said, for example, that an employer could place an ad that it intended to show to both men and women, but over time, Facebook’s algorithms could begin to show the ad primarily to men if it determined that men were much likelier to click on the ad.

“It’s within the realm of possibility depending on how the algorithm is constructed,” Professor Kim said. “You could end up serving ads, inadvertently, to biased audiences.”

Ms. Sandberg acknowledged the limits of the policy changes and said Facebook had committed to working with the other parties to find additional ways to root out discrimination. The parties will discuss progress on that front every six months for three years after the changes are rolled out.

“In addition to being a historic settlement of five separate lawsuits that will change practices on Facebook and other platforms, it’s also notable that we agreed to continue to study the algorithmic effect of ads with Facebook,” said Anthony Romero, executive director of the A.C.L.U.

Ms. Sandberg did not directly respond when asked whether Facebook would make its targeting algorithms more transparent to aid this effort.

For years, Facebook has made the pitch to customers that its wealth of user data — from birthdays to favorite television shows — allows it to deliver the right ad to the right person at the right time. These capabilities helped Facebook, along with its rival Google, to take in most of the more than $100 billion in annual online ad spending.

But Facebook’s access to the data that powers this revenue model may be starting to dry up. Last year, a new rule in the European Union, the General Data Protection Regulation, forced internet companies to comply with stricter safeguards in handling user information. And as customers become more hesitant to share their own data, Facebook and other digital-media companies are moving to regain their trust through additional protections.

Now, some of Facebook’s efforts to appease critics who complain of discriminatory practices may further chip away at the model.

In the interview, Ms. Sandberg conceded that the changes could make advertising on Facebook less efficient for some customers who had used the targeting practices “in a very fair and nondiscriminatory way,” but added, “We believe that that was a cost well worth bearing.”

Under the new approach, Facebook will require advertisers in the areas of housing, employment and credit to use a separate portal that will not include gender or age as targeting options. It will also preclude selecting an affinity group of people interested in a race, ethnicity or religion. The company has generally allowed advertisers seeking to reach members of a race or religion to aim at such affinity groups.

The company will continue to allow advertisers in other areas to deliver ads on the basis of age, gender or any affinity groups.

Even in the less sensitive areas, advertisers can’t exclude groups associated with race, religion or ethnicity from seeing ads. They can only affirmatively aim ads at them.

Advertisers that deliberately and repeatedly avoid the new portal when placing ads in the three regulated areas will probably face consequences, though the company said it had yet to determine those.

Facebook and many businesses that have used its platform to designate ad targets by gender, age or race have long maintained that the practice can be legitimate.

For example, an advertiser might want to show men and women different versions of the same message to test marketing strategies. Some advertisers also say they use Facebook to aim at certain groups — like young people — but place similar ads using other media, like the radio or print magazines, to appeal to older people.

But many legal experts have said that advertisers who engage in this targeting nonetheless faced a serious risk of liability under discrimination laws. Litigation and Equal Employment Opportunity Commission charges against employers that have used Facebook in this way are proceeding and will be unaffected by the settlement.

The question of Facebook’s own liability, on the other hand, has been murkier. While it is illegal under federal law to publish a discriminatory housing ad, the law typically holds only employers and employment agencies, and not passive ad publishers, culpable for discriminatory job ads. Many state laws are more aggressive.

On top of this, Facebook has long argued that it enjoys broad immunity under the federal law that shields internet companies from liability over content produced by third parties.

One possible exception to these defenses would arise if Facebook were more directly involved in developing the ads — for example, if its algorithms, and not parameters that advertisers choose overtly, were responsible for shaping an ad’s audience. The changes announced Tuesday, which do not appear to preclude such targeting, may not save Facebook from liability in these contexts.

Beyond eliminating the option of aiming housing, employment and credit ads at audiences according to certain demographic characteristics, Facebook will prevent advertisers from marketing to users according to their ZIP code, a practice that could enable redlining.

Facebook is also removing thousands of so-called interest segments, including some that advertisers could use to reach people by characteristics like gender or age, for ads in the three regulated areas. For example, to show how advertisers could keep certain groups from seeing housing ads on Facebook, the National Fair Housing Alliance once created a fictitious ad that excluded groups like “corporate moms” and “stay at home” mothers.

Those segments would no longer be available for targeting by housing, employment and credit ads once Facebook carries out the proposed changes.