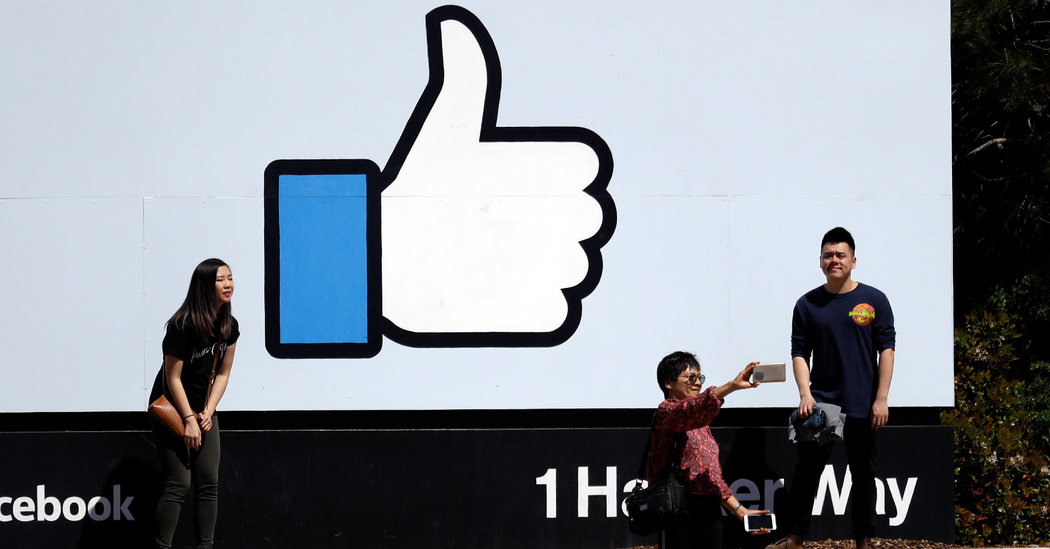 After a string of scandals in 2018 damaged its reputation and raised questions about its handling of people’s data, the social network said Wednesday that it had gained new users around the world in the fourth quarter and reported a record profit. Facebook also posted its full results for 2018, which showed its total revenue and profit reaching record levels.

The results suggested that advertisers had continued to spend money on the site and that users were not deterred by Facebook’s issues, which include the spreading of disinformation and election meddling. The Silicon Valley company had said last year that it expected its growth to slow as it spent to improve the privacy and security of its users.

“One of the biggest questions people have about Facebook is whether we can make the massive investments we’re making to monitor and protect the platform while we keep growing our business,” Sheryl Sandberg, Facebook’s chief operating officer, said in an interview on Wednesday. “This quarter shows we can do both.”

Yet even as its growth continued, Facebook began de-emphasizing its core social network and started highlighting its family of apps, which include Instagram, WhatsApp and Facebook Messenger. Facebook said it would eventually stop sharing user numbers for each individual service and instead provide one combined figure for all of its apps.

The change is part of a strategy by Mark Zuckerberg, Facebook’s chief executive, to knit together its businesses into one overarching network. Last week, The New York Times reported that he planned to integrate the technical infrastructure of WhatsApp, Instagram and Facebook Messenger so that people could talk across the services for the first time. The move, which the company hopes to complete by the end of the year or by early 2020, could provide Facebook opportunities for additional revenue from messaging activity and would increase the utility of all of the apps.

In a call with investors on Wednesday, Mr. Zuckerberg confirmed the report, calling the move an eventual boon for users. People want messaging that is “fast, private and reliable,” he said.

The moves followed a difficult year for Facebook, as questions about the unintended consequences of social media have sharpened. The company has faced scrutiny over improper handling of its users’ data, its largest-ever security breach last year, and the distribution of false content and foreign influence campaigns across its network.

This week, Facebook has been grappling with a report by TechCrunch that it paid people to install an app that would suck in all of their phone and web activity. That has renewed questions about Facebook’s approach to user privacy and prompted criticism from Apple, which oversees iPhone apps.

For its fourth quarter, Facebook’s revenue rose 30 percent from a year earlier to $16.9 billion, while profits jumped 61 percent to $6.9 billion. Seven million advertisers spend money on the platform, the company said, and in a shift, more than two million now buy ads in Facebook’s Stories, one of its newer products.

Facebook also said its daily active users had risen 9 percent from a year earlier to 1.52 billion, the same rate as in the previous quarter. Notably, the number of new users increased in every geography; in previous quarters, growth stagnated in the United States and in Europe. In total, Facebook said, 2.7 billion people now use its core social network and its other apps.

The company added that its estimate of fake accounts on its site had jumped 27 percent from the third quarter to 116 million, while duplicate accounts rose 12.5 percent to 255 million.

The results surpassed Wall Street estimates and sent shares of Facebook soaring more than 11 percent in after-hours trading. The company’s share price had plunged about 34 percent over the past year, down from a high of $218 in July.

Facebook also said it expected that other investments in new products in areas such as e-commerce and payments systems would yield new revenue streams.

Still, executives cautioned on Wednesday that profit margins would begin to thin in the coming year. Facebook increased its number of employees to more than 35,000 in 2018, up 42 percent, as it added more people to fight disinformation and moderate content on the site. Operating expenses will keep rising, the company said, as Facebook hires in key areas to deal with the issues.

“A lot of our business challenges have been self-imposed,” Mr. Zuckerberg said on the call.