Ethnic Violence Leads to the Fall of Mali’s Government 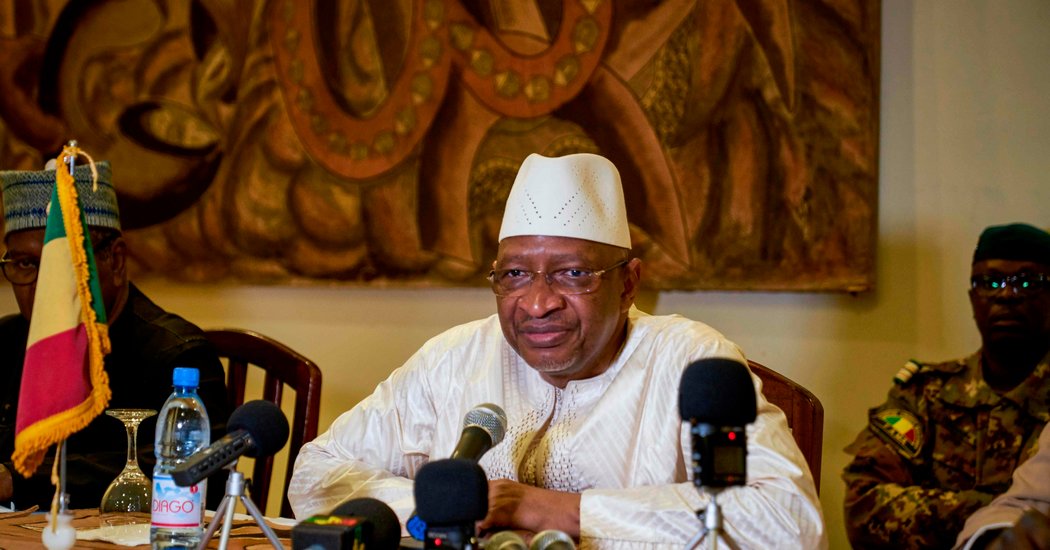 BAMAKO, Mali — The ethnic violence that has gripped central Mali, resulting in the death of as many as 600 people, has led to the fall of the government.

The office of President Ibrahim Boubacar Keita said late Thursday that he had accepted the resignations of Prime Minister Soumeylou Boubeye Maiga and his entire cabinet.

Mr. Maiga was appointed in December 2017 and reappointed last September, after Mr. Keita was re-elected. But he became a lightning rod for deep anger, expressed by influential Muslim clerics and at mass protests, over massacres in the Mopti region, a mixed ethnic area in the center of the country.

Lawmakers from both the governing and opposition parties submitted a motion of no confidence on Wednesday that held Mr. Maiga and his administration responsible for failing to curb the violence.

Mr. Keita’s office said a new prime minister would be named soon, after consultations with the various political parties.

In an address Tuesday, Mr. Keita said he had “heard all the anger, decoded all the signals, understood all the messages” from around the country.

Mr. Maiga had come under pressure over his handling of the flare-up of ethnic violence that, according to the United Nations, has claimed about 600 lives since March 2018 and forced thousands from their homes.

Public discontent escalated after 160 people were killed on March 23 in the village of Ogossagou near the border with Burkina Faso. Members of the Dogon ethnic group — a hunting and farming community with a long history of tensions over access to land with the nomadic Fulani people — were blamed.

A reporter who visited the village said many houses were burned and the area was littered with corpses.

The Fulani were reported to be supporting a jihadist imam, Amadou Koufa, who rose to prominence in central Mali four years ago.

People in the Dogon community created a militia to provide protection from jihadist insurgents. Called the Dan Nan Ambassagou, the militia was accused 0f having attacked the Fulani and was ordered to be dissolved after the massacre.

Tens of thousands of people took to the streets on April 5 to protest the upsurge of violence and to accuse the government of not doing enough to stop it.

Mali has been struggling to restore stability since Islamist extremists linked to Al Qaeda took control of the country’s vast desert north in early 2012.

While the jihadists were largely driven out by a French-led military operation that began in January 2013, huge areas are still lawless, despite a 2015 peace agreement with some armed groups that sought to stamp out the Islamist threat.

Since then, militants have shifted their operations from the north toward the more densely populated center of the country, where they have sharpened ancient rivalries and ethnic conflicts.