Escort Who Claimed Evidence of Russian Meddling Is Detained in Moscow 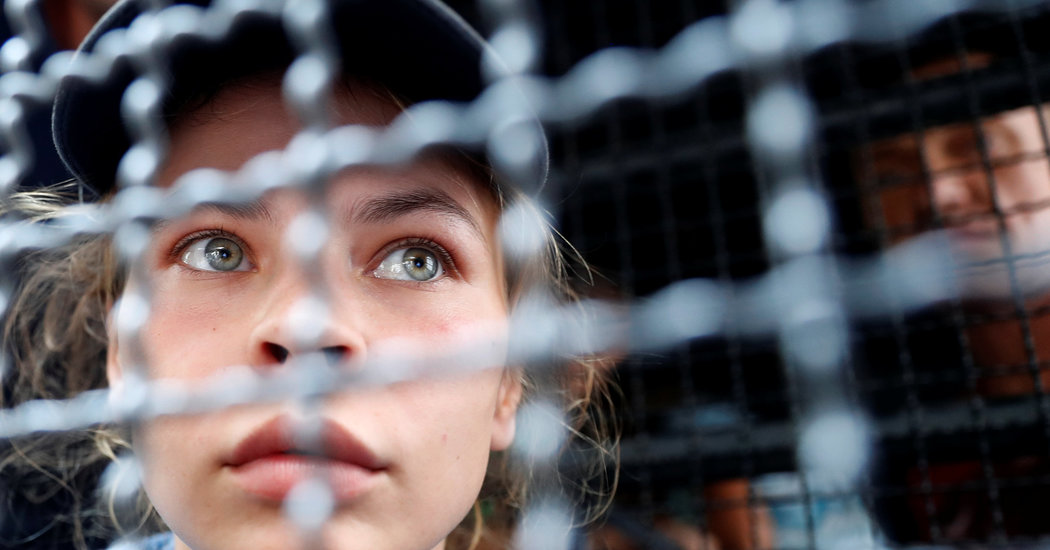 A Belarusian escort who claimed to have audio recordings that could link Russia with President Trump’s election was detained in Moscow on Thursday, according to Russian news agencies.

The escort, Anastasia Vashukevich, was deported from Thailand on Thursday after she and seven other defendants — five Russians and two Belarusians — pleaded guilty to charges of solicitation and conspiracy. Russian news services said that she had been detained when she arrived at Sheremetyevo Airport in Moscow.

Citing a statement from the Interior Ministry, the Russian news services Interfax and RIA Novosti said that three Russian citizens and a female Belarusian citizen, “arriving on a flight from the Kingdom of Thailand,” were arrested at the airport on charges of inducement to prostitution.

If convicted, the four face up to six years in prison apiece.

Ms. Vashukevich, who also goes by the name Nastya Rybka, was detained in Moscow with her associate Alexander Kirillov, who had helped her conduct a sex-training seminar in the Thai city of Pattaya.

Mr. Kirillov’s wife, Kristina, told reporters at the Moscow airport that Ms. Vashukevich was supposed to have flown on to Minsk, Belarus, Interfax reported.

The pair were arrested by the Thai authorities last February after coming under suspicion of working without a permit or visa, and before long Ms. Vashukevich asked for asylum in the United States. She said she could provide more than 16 hours of audio recordings that could shed light on Russian interference in the 2016 American presidential election.

By this point, Ms. Vashukevich had already gained a degree of online fame.

Her Instagram videos of Sergei E. Prikhodko, then a deputy prime minister, and Oleg Deripaska, a billionaire with ties to the Kremlin, were featured prominently in a 25-minute video published by Aleksei A. Navalny, the Russian opposition leader and anticorruption campaigner.

Ms. Vashukevich said she took the photos and audio during a brief affair with Mr. Deripaska, who is also a former business associate of Paul Manafort, President Trump’s onetime campaign chairman. The video released by Mr. Navalny included a recording of Mr. Deripaska and Mr. Prikhodko talking about relations between the United States and Russia.

After her arrest, Ms. Vashukevich expressed fear that the Thai authorities would deport her to Russia, where she had lived before moving to Thailand.

“I am afraid to go back,” she said at the time. “Some strange things can happen.”

But a few months after she tried to bargain for freedom with the United States, Ms. Vashukevich said that she no longer intended to make any material she had public, and had instead sent copies to Mr. Deripaska.

At the Moscow airport on Thursday, Mr. Kirillov’s wife said that Ms. Vashukevich had not changed her mind, according to Interfax.

“Nastya has said it more than once and she can say it again,” she said. “She’s not ready to share any kind of confidential information. She doesn’t have any kind of compromising files at all.”