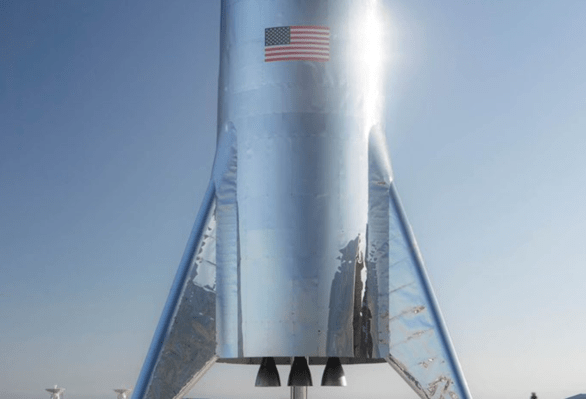 As you can well see, the Starship test rocket has a stainless steel skin, which had a few people scratching their heads. Steel is indeed quite durable, but weighs more than other materials used in rockets, like carbon fiber, aluminum and titanium. Musk argues, however, that stainless steel’s resistance to extreme temperature, especially heat, makes it a better fit for this type of rocket.

This test model, currently at the Boca Chica, Texas launch site, is meant for suborbital VTOL tests, which will take place in March. The orbital version will be taller, with thicker skins, and a more smoothly curving nose section, with launches on the books for 2020.