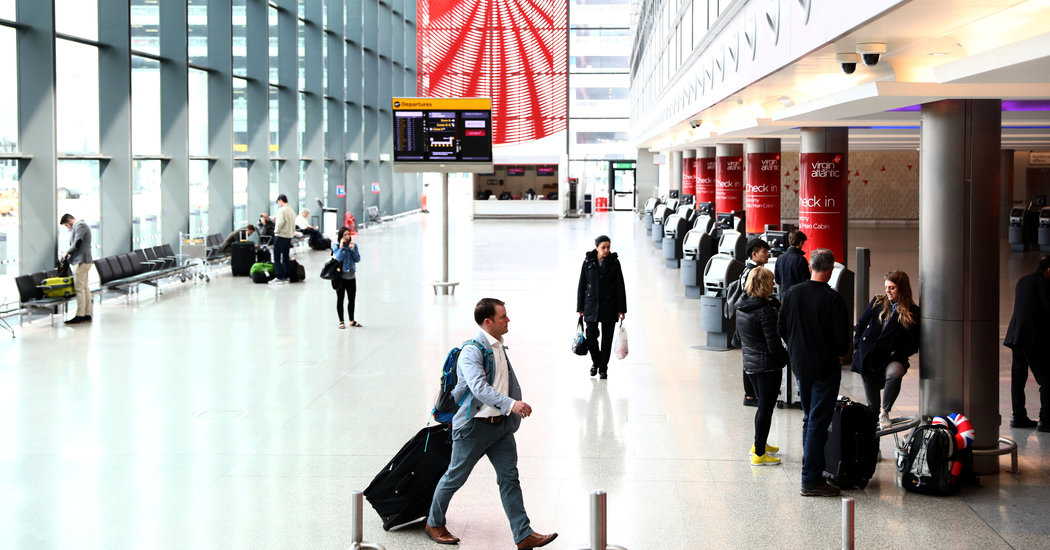 LONDON — A possible drone sighting prompted officials at London’s Heathrow Airport, the busiest in Europe, to stop all departures on Tuesday evening, less than three weeks after Gatwick, Britain’s second-busiest airport, was shut down for parts of three days because of drone sightings.

About an hour later, Heathrow said departures had resumed. “We continue to monitor this situation and apologize to any passengers that were affected by this disruption,” it said in a statement.

The latest airport closing demonstrates how vulnerable the air transport system is to relatively low-cost interference, or even just the threat of it. The person or people behind the Gatwick closure of Dec. 19 to 21, at the height of the holiday travel season, have not been caught.

We are responding to a drone sighting at Heathrow and are working closely with the Met Police to prevent any threat to operational safety. As a precautionary measure, we have stopped departures while we investigate. We apologise to passengers for any inconvenience this may cause.

Heathrow, just a few miles west of London, said on Twitter that it was working with the Metropolitan Police, and “as a precautionary measure, we have stopped departures while we investigate.”

The Metropolitan Police, which investigates cases believed to involve terrorism throughout Britain, played a secondary role behind the Sussex Police in investigating the Gatwick closure, because officials never determined whether it might be terrorism. Two suspects were arrested, but then cleared and exonerated by the police.

Chris Grayling, Britain’s transport secretary, said on Tuesday night that the military was preparing to deploy the same equipment at Heathrow that it used earlier at Gatwick “should it prove necessary.” He said he had spoken to the home and defense secretaries and was in contact with Heathrow officials.

The partial shutdown was all the more dispiriting because it came only days after Heathrow and Gatwick announced they had ordered military-grade anti-drone equipment to ward off incursions. Both airports have declined to say what the new technology is, or what anti-drone measures they already had in place.

A spokeswoman for Gatwick told British news outlets that its new system had been installed and that it matched the capability of the military, which deployed at the airport during the shutdown there. The airport said it had spent several million pounds to purchase the equipment.

It was not clear whether Heathrow had already installed its new defense system. The airport was said by a person briefed on its security to have some limited anti-drone technology in place before the Gatwick incursions.

A BBC producer, speaking on Tuesday from a plane that was waiting to take off from Heathrow, told the network that passengers on her flight had not been given a reason for the delay. “At the moment,” she said, “we’ve been told we’re not going anywhere.”

The Gatwick closing started on the evening of Dec. 21. The airport reopened for short periods the next day, only to be shut down again after fresh sightings. The closings finally ended on the morning of the Dec. 22.

In all, the airport was out of action for more than 30 hours, and the travel of about 140,000 people was disrupted.