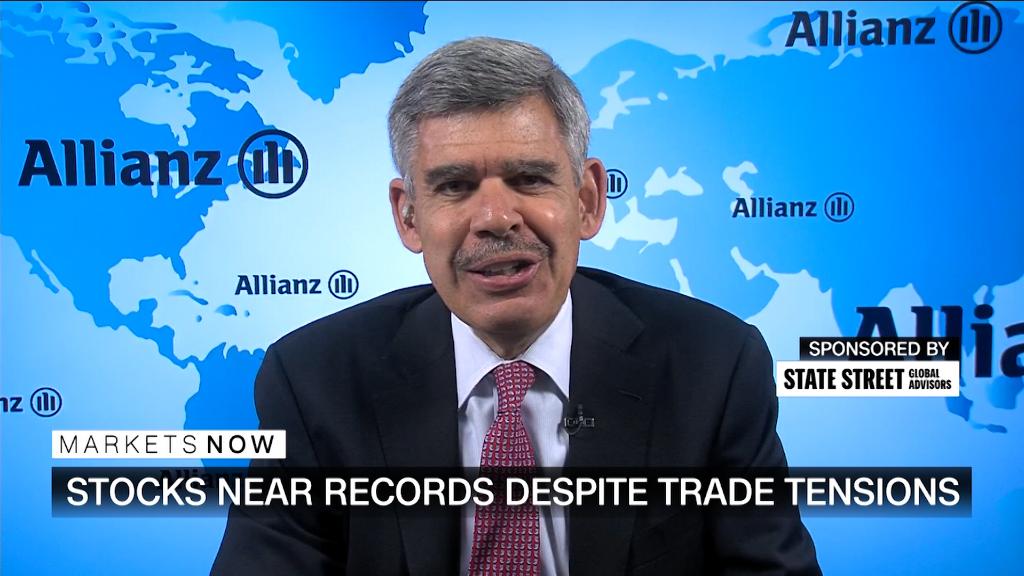 What trade war? The Dow just soared to its first record high since late January.

The milestone shows that Wall Street is mostly unfazed by the escalating trade clash between the United States and China.

The Dow closed at 26,657. It has spiked about 3,300 points since a low on April 2, when investors were more worried about trade. They’re betting that the strong US economy will power through the outbreak of tariffs.

Stocks spiked late last year and in January after Republicans enacted a sweeping corporate tax cut. The euphoria sent the Dow soaring from 25,000 to 26,000 in just seven trading days. Even market optimists were questioning whether stock valuations had gotten out of hand.

“In January, it felt like the market was bulletproof,” said Dan Suzuki, portfolio strategist at Richard Bernstein Advisors. “That’s no longer the case.”

Eventually, that rally crumbled in dramatic fashion, punctuated by two single-day 1,000-point plunges. Wall Street was overcome by fears about inflation and spiking interest rates. It was the scariest moment for US investors in years.

“Sentiment had gotten really out of hand. The pullback was a reality check. The lack of a new high for so long has let the market play catchup to fundamentals,” Hickey said.

And the fundamentals look very good. Corporate earnings have gone through the roof, thanks to strong economic growth and the corporate tax cut. The unemployment rate has dropped to just 3.9%. And US economic growth has climbed to an annualized pace of 4.2%.

“What matters most to investors is corporate profits,” Suzuki said. “The profit trends are healthy — and accelerating. That’s tremendously bullish for US stocks.”