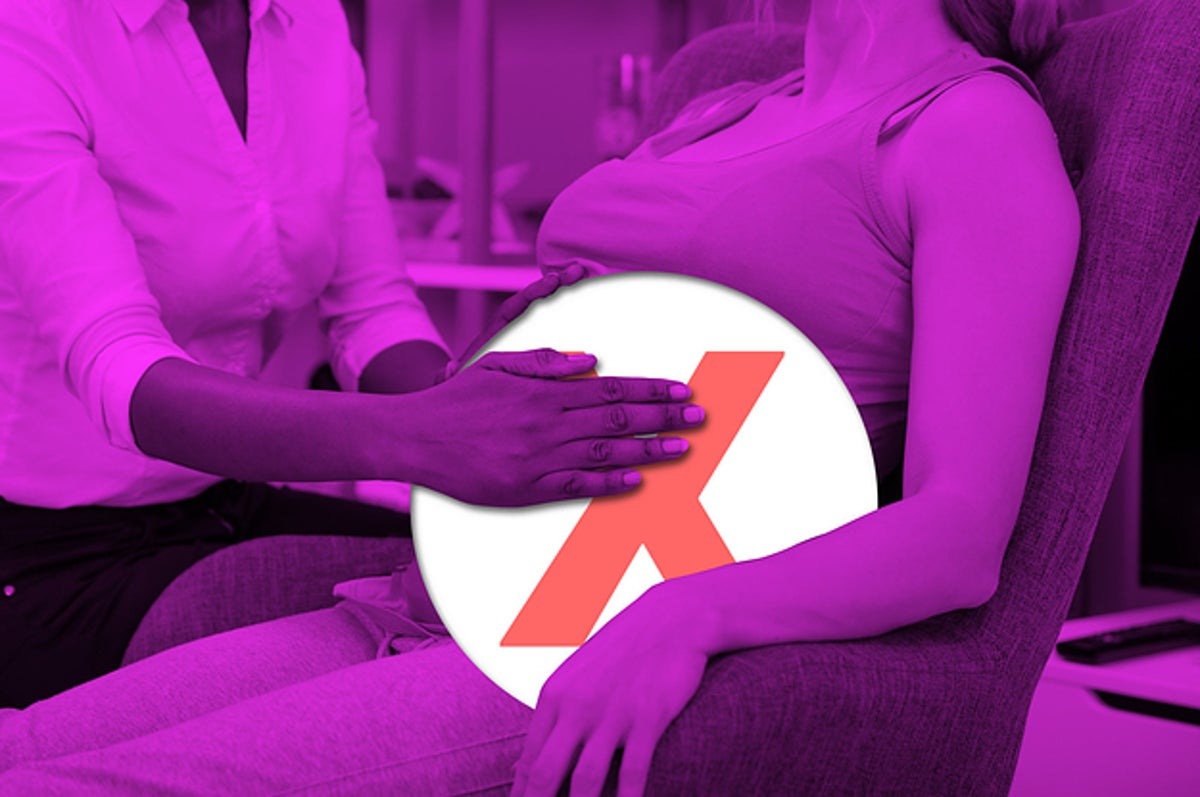 LaToya Murray-Johnson had been a doula for about four years when she was contacted on Facebook by someone looking for her services. The woman said she was in labor and needed help. (Usually, a doula would be hired long before giving birth.) Murray-Johnson messaged back and forth with her for hours before she started to notice some red flags: The woman spoke about her vagina in a way that didn’t seem normal for a person in active labor, and she wouldn’t answer basic questions about the pregnancy. Eventually, Murray-Johnson decided this person must be faking and stopped responding. About two years later, she fell for it again. After that, she knew the signs.

Turns out she wasn’t the only doula who had fallen for a pregnancy faker — far from it. Doulas act as nonmedical support during childbirth. This might mean helping make a birth plan, helping labor at home, advising when to head to the hospital, emotional support, and help with baby care and breastfeeding postpartum. The work has a surprising problem: For years, doulas have dealt with fakers who want to roleplay a pregnancy or childbirth fantasy. They can’t stop it, but doulas are organizing using Facebook groups to warn each other.

“It’s become something of a right of passage,” Murray-Johnson told BuzzFeed News.

“Love What You Doula” is a Facebook Group with over 21,000 members to discuss the business of being a doula: dealing with tricky clients, trading billing advice, navigating hospitals during the coronavirus pandemic. One type of post that comes up over and over is a warning about a scammer.

Having an unusual kink is fine; tricking someone into being an unwitting participant in your kink is not OK.

This summer, Jill Pullen, a doula in Oregon, warned other doulas on Facebook about a suspicious email she received. “His story was that he was in the fishing industry and was likely to be gone while his partner gave birth,” she told BuzzFeed News. “He wanted support for her ahead of time, like help [with] grocery shopping and things, and then help afterward as well. I went over several times that this is beyond my scope as a birth doula. He kept insisting that I would be a good fit for them and wanted a phone call. He found my info on DoulaMatch.com, which seems to be the common place for this creeper (or multiple creepers) to find doulas to harass. I went straight to social media and asked if other doulas had encountered this person, and they had heard the same story.”

It’s unclear what the fakers are getting out of it, but most doulas assume that it’s a sexual thing.

Vicki Borah Bloom got her first scam call about four years ago. “The first time, I probably talked to them a little longer than I should have,” she told BuzzFeed News. “The second time, I went straight to ‘this is a consultation, send me a Venmo,’ which pretty much stops them.” Bloom has seen lots of doulas talk about the fake texts they’ve received, and when she mentors newer doulas, she makes sure to mention it. New doulas are more likely to fall for the scam — they have less experience to watch for the red flags and may be eager to get their first new clients.

“There are a lot of doulas who are compassionate people, and the overlap between doulas and sex workers is not zero,” Bloom said. “So if they asked someone for an explicit birth chat, they could get that.”

These pregnancy fakers are not financially motivated or scamming in the Anna Delvey or Fyre Festival sense. They are scamming the doulas out of their time and emotional investment. Even if the motivation isn’t sexual, they are still tricking someone by misrepresenting themselves and extracting their emotional labor for free.

When one doula posts a screenshot on Facebook of a scammer’s texts, another doula will chime in that the same phone number or fake name just texted her, too.

Melissa Harley, president of DONA International, the largest doula certification organization told BuzzFeed News, “we’re aware of this scam as it seems to happen regularly. Just last week we had a post on our member-only DONA International web-community, from a doula warning of the latest scam.” She also personally warns people she trains herself as an instructor.

It’s unclear how many of these scammers are out there. Often, the same person seems to try multiple doulas. When one doula posts a screenshot on Facebook of a scammer’s texts, another doula will chime in that the same phone number or fake name just texted her, too. Sometimes there are different phone numbers from the same area code with almost the exact same cover story, which suggests it’s one person using a phone number generator.

When BuzzFeed News attempted to call one recently reported scammer, many of the phone numbers had been disconnected or had no answer or voicemail. But one person who did answer text messages claimed not to know what a doula was and said his phone number was shared with several other people, who also denied having sent the messages.

There’s enough variation in what these scammers are interested in talking about that it suggests they are different people, with different fetishes. One scammer claims to have a girlfriend past her due date. Another asks about breastfeeding. Another scammer is always asking if the doula can do an IUI transfer — a type of medical fertility treatment that is not something doulas handle.

One particularly prolific person uses Facebook to message doulas under his real name. In the comments of screenshots, doulas post warnings about him. Several people have mentioned that they believe he has an intellectual disability and have talked to his family about his behavior, which mainly includes curiosity about how birth works.

The profession requires doulas to be nonjudgmental and empathetic, which sets them up as marks for these fakers. It also means they may feel uniquely betrayed to find out they were being conned. “[Doulas] are truly, truly open-hearted people. The level of hurt, or feeling taken advantage of and being shocked by it, is probably a big life experience,” said Kim James, the founder of DoulaMatch.com. When she hears of reports of pregnancy fakers, she sends an email blast out to doulas who use the site warning them of the person.

However, those same qualities that make doulas targets for scammers also make them want to spread the word and not feel embarrassed that they got tricked. “It takes a special type of person to truly be passionate about this area and be a birth servant, so you do tend to see women who want to educate and inform others who are unaware,” Murray-Johnson said.