Dorsey, under fire from both parties, defends labeling tweets. 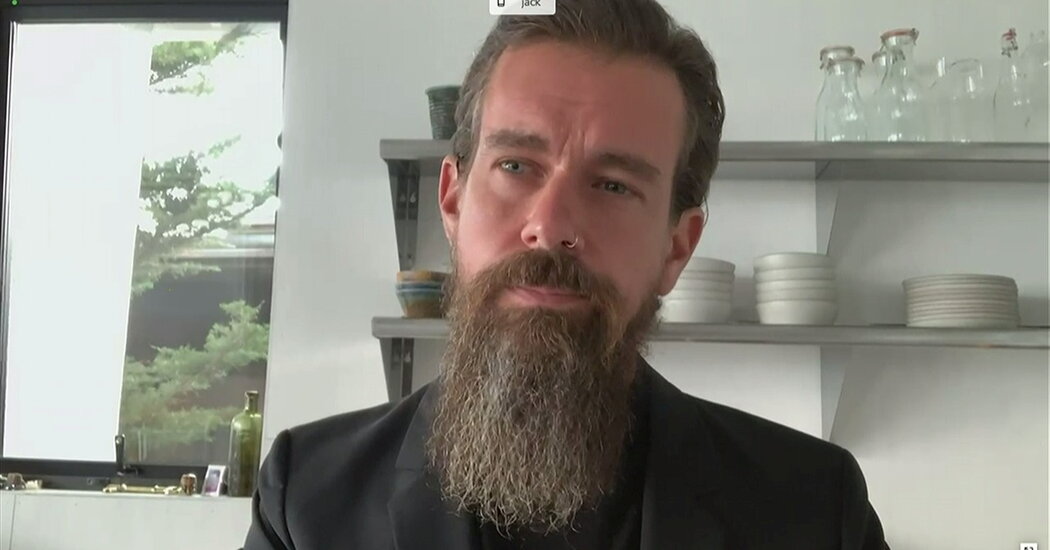 Jack Dorsey defended Twitter’s moderation policies against attacks from Republicans and Democrats and urged lawmakers to focus instead on oversight of the algorithms that help moderate and recommend content.

Senators hammered Mr. Dorsey over his decision to add labels to false and misleading election-related tweets, which Republicans said displayed bias against conservatives and Democrats said had not gone far enough to check misinformation. Mr. Dorsey, who attended the hearing virtually from what appeared to be a kitchen, resisted being drawn into debate with lawmakers.

As he did in a hearing three weeks ago, Mr. Dorsey defended Twitter’s labeling tactics, although he admitted that in some cases the company had mistakenly labeled tweets that did not violate its policies. The task of moderation is incredibly challenging, Mr. Dorsey argued.

“We are facing something that feels impossible,” Mr. Dorsey said. “We are required to help increase the health of the public conversation while at the same time ensuring that as many people as possible can participate.”

He also continued his call for senators to focus on Section 230 reforms that would provide more oversight to algorithms. Algorithms, Mr. Dorsey said, should be the top priority for lawmakers, and users should be given a choice to turn them off or select alternatives.

Section 230 “has created so much goodness and innovation. If we didn’t have those protections when we started Twitter 14 years ago, we could not start,” Mr. Dorsey said. “I think we need a line around the problem we’re trying to solve.”

Midway through the hearing, Mr. Dorsey had faced a few more questions than Mark Zuckerberg, according to a tally by The New York Times.

Mr. Dorsey was subject to particular scrutiny from Senator Dianne Feinstein, Democrat of California, and Senator Ted Cruz, Republican of Texas. Ms. Feinstein argued that Twitter should have taken more direct action against President Trump’s tweets that made baseless claims of election fraud, while Mr. Cruz insisted that Twitter overstepped in its moderation.