Devin Nunes Sues Twitter for Allowing Accounts to Insult Him 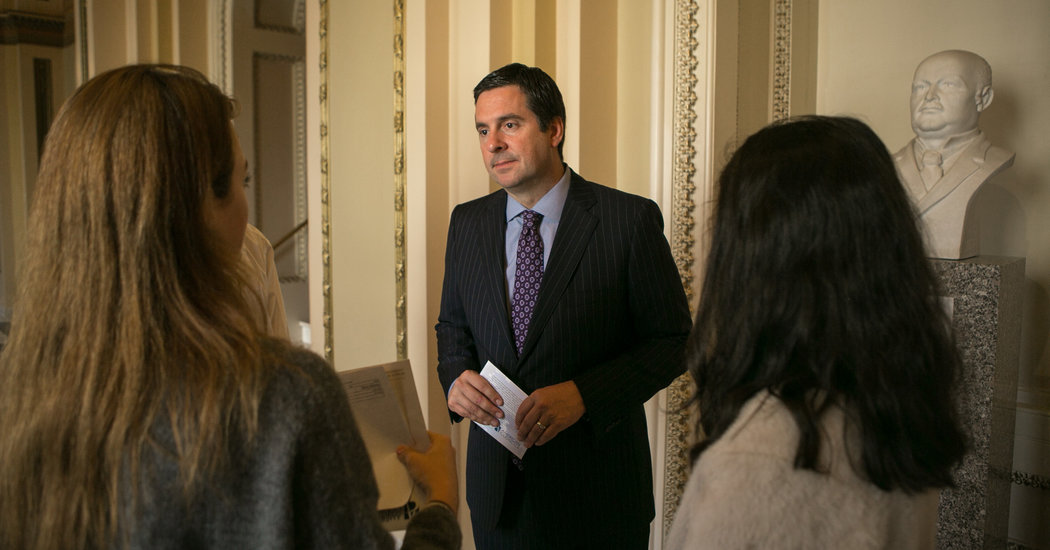 Stung by obscene and pointed criticism, Representative Devin Nunes, a Republican from California, has sued Twitter and three users for defamation, claiming the users smeared him and the platform allowed it to happen because of a political agenda.

The complaint, filed in Virginia on Monday, seeks $250 million in damages. In making his case, Mr. Nunes, a loyal ally of President Trump and the former chairman of the House Intelligence Committee, repeated several common Republican complaints that Twitter has repeatedly denied: that it censors Republicans, “shadow bans” their accounts and actively helps their opponents.

Though absorbing criticism comes with the territory for politicians, the complaint described the objectionable tweets from the three users as something “that no human being should ever have to bear and suffer in their whole life.”

To make his case, he cited a wide variety of tweets that included accusations of criminal misconduct, crude jokes at his expense and relatively banal criticism. The complaint says the tweets “falsely stated” that Mr. Nunes had brought “shame” to his family and that he was voted “Most Likely to Commit Treason” in high school, and that one of them included a cartoon image of a sexual act with Mr. Trump and President Vladimir V. Putin of Russia. The complaint lists dozens of other tweets he found insulting.

Mr. Nunes singled out Liz Mair, a Republican strategist who said on Twitter that she would not comment on the lawsuit, and two parody accounts: @DevinNunesMom, which was suspended last year, and @DevinCow, which is still active. The complaint says that Ms. Mair coordinated with the anonymous accounts on “a vicious defamation campaign” but did not offer evidence she was behind them or communicated with them, except for one tweet encouraging people to follow @DevinCow.

Experts generally say the law protects large internet platforms like Twitter, Facebook and YouTube from liability based on what their users publish. Section 230 of the Communications Decency Act says they should not “be treated as the publisher or speaker” of the content — allowing the platforms to exist without having to preapprove every post for potential legal issues.

But the complaint by Mr. Nunes seeks to portray the tweets directed at him as evidence of larger efforts by Twitter to undermine Republicans — a frequent rallying cry of conservatives. Mr. Nunes was a key figure in the House’s Russia investigation, and a frequent target for critics who said he was abusing his authority by impeding investigations to protect Mr. Trump.

“As part of its agenda to squelch Nunes’ voice, cause him extreme pain and suffering, influence the 2018 Congressional election, and distract, intimidate and interfere with Nunes’ investigation into corruption and Russian involvement in the 2016 Presidential Election, Twitter did absolutely nothing,” the complaint said.

Twitter declined to comment on the lawsuit. But in public statements, including contentious House committee hearings in September, executives have denied any political bias or agendas. Jack Dorsey, the chief executive of Twitter, told the House committee they had found no difference in the reach of tweets by Democrats and those by Republicans.

Mr. Nunes repeated the debunked claim that the social network was “shadow banning” Republicans, including him. Shadow banning — the act of a platform allowing someone to post but not allowing others to see the post, effectively making them invisible — became a political catch phrase in July, when a Vice News article used the term to characterize a Twitter bug that was affecting some prominent conservatives.

In fact, the bug affected their accounts only briefly by not showing up on the network’s search results when a user searched for their names; the reach of their posts was unaffected. But the assertion was still used by many, including Mr. Trump, as evidence of bias against conservatives.

The lawsuit by Mr. Nunes had the perhaps unintended effect of sharply increasing the reach of @DevinCow, the parody account that had around 1,200 followers before the lawsuit was filed. The account was up to 46,000 followers as of Tuesday morning and rapidly growing.

“I’m not quitting my day job,” the account posted on Monday.