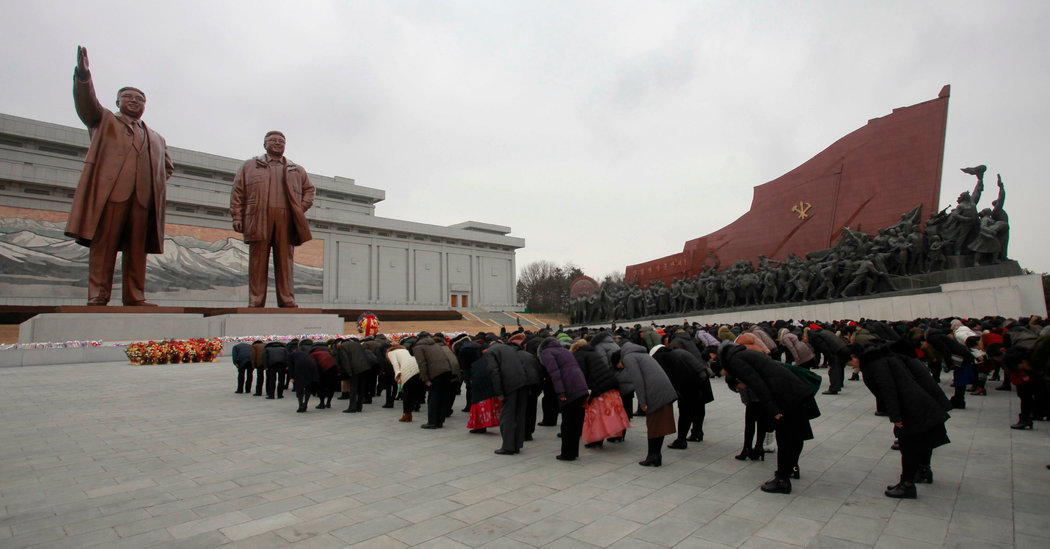 HONG KONG — Like many across East Asia, North Koreans have been exchanging presents this month to celebrate the Lunar New Year. But rather than tea, sweets or clothing, some in this impoverished, isolated country are giving the gift of crystal meth.

The gifting and use of methamphetamine, a powerful stimulant that has been blamed in health and addiction crises around the world, is said to be a well-established custom in North Korea. Users are said to inject or snort the drug as casually as they might smoke a cigarette, with little awareness of its addictive qualities or destructive effects.

“Meth, until recently, has been largely seen inside North Korea as a kind of very powerful energy drug — something like Red Bull, amplified,” said Andrei Lankov, an expert on the North at Kookmin University in Seoul, South Korea, who directs the news site NK News. That misconception, he said, highlighted a “significant underestimation” within the country of the general risks of drug abuse.

Methamphetamine was first introduced to the Korean Peninsula during the Japanese colonial period, in the early 20th century, and defectors have reported that the North Korean military provided methamphetamine to its soldiers in the years after World War II. Since the 1970s, many North Korean diplomats have been arrested abroad for drug smuggling.

In the 1990s, the North’s cash-poor government began manufacturing meth for export, about two decades after it began sponsoring local opium cultivation and the production of opiates, according to a 2014 study by Sheena Chestnut Greitens, a University of Missouri political scientist. Finished meth was typically sent across the northern border into China, or handed off at sea to criminal organizations like Chinese triads or the Japanese yakuza.

But around the mid-2000s, meth production that was “clearly sponsored and controlled” by the government began to decline, the study said. That left a surplus of people with the skills to manufacture meth, many of whom created small-scale meth labs and began selling to the local market.

Amid a chronic lack of health care supplies and medical treatments in North Korea, many people take opiates and amphetamine-type stimulants as perceived medicinal alternatives, Ms. Greitens, the political scientist, said in an email. “Methamphetamine is highly addictive, so it’s easy for casual users to develop more dependence and addiction over relatively short amounts of time,” she said.

The Radio Free Asia report could not be independently verified, and the North Korean government has long denied that its citizens use or produce methamphetamine. “The illegal use, trafficking and production of drugs which reduce human being into mental cripples do not exist in the D.P.R.K.,” the North’s state-run news agency said in 2013, referring to the initials of the country’s formal name, the Democratic People’s Republic of Korea.

But experts say the custom of gifting crystal meth in North Korea — where it is called “pingdu,” the Korean transliteration of the Chinese word for “ice drug” — is essentially an open secret.

Teodora Gyupchanova, a researcher at the Database Center for North Korean Human Rights in Seoul, said that many defectors interviewed by the center in 2016 spoke of crystal meth as a popular gift for birthdays, graduations and “holidays such as the Lunar New Year.”

Mr. Lankov, of NK News, said stories of crystal meth being given as a present were very common when he and a co-author conducted interviews with defectors for a 2013 study on North Korean drug use. He added that defectors had made fewer references to crystal meth in the years since, possibly indicating a decline in overall use.

While meth is illegal in North Korea, like other private economic activities there, the drug has effectively become legal “because officials take bribes to look the other way, and because the state indirectly benefits from a food chain of bribes that goes all the way to the top,” said Justin Hastings, a political scientist at the University of Sydney in Australia who has studied North Korean drug trafficking networks.

“Over time, this has resulted in a culture where people are willing to take risks to make money, and official state prohibition has little meaning,” Mr. Hastings said.

Greg Scarlatoiu, the executive director of the Committee for Human Rights in North Korea, a Washington think tank, said that the regime of Kim Jong-un, the North’s leader, was currently focusing all its resources on priorities such as developing missiles and giving domestic elites access to luxury goods.

“For as long as drug use does not pose a challenge to the regime, but instead dulls the wills and minds of the North Korean people, the government tacitly allows it to go on, despite the tremendous mental and physical health challenges it creates,” Mr. Scarlatoiu said.

Mr. Lankov said that there were government propaganda posters about drug use displayed inside North Korea.