Could You Last 11 Days Without the Internet? Tonga Finds Out the Hard Way 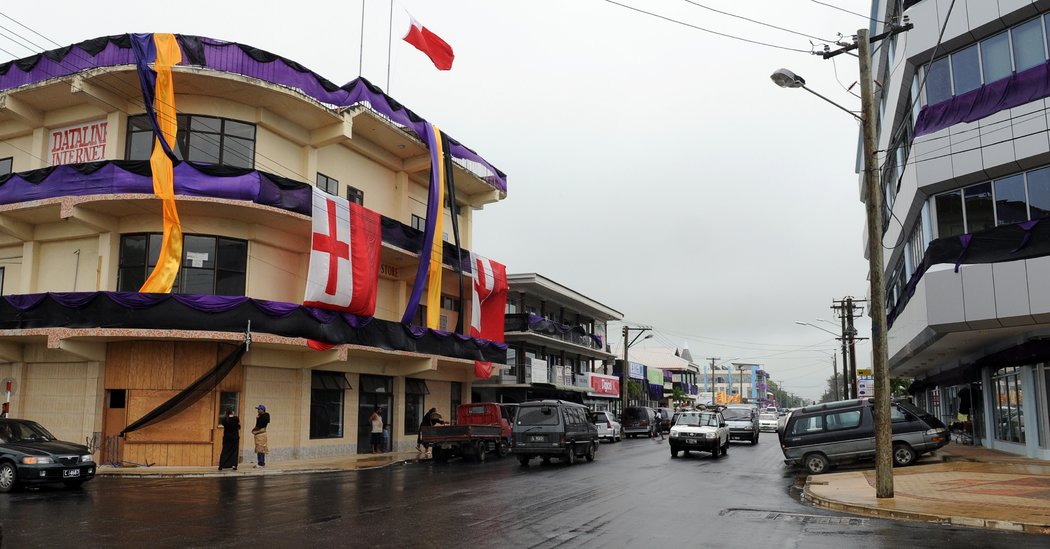 HONG KONG — The residents of Tonga, a remote island nation 1,100 miles northeast of New Zealand, have gained unwanted perspective on how much they’ve come to depend on the internet.

An underwater fiber-optic cable that connects Tongans to high-speed internet was severed on Jan. 20, plunging the roughly 100,000 residents into digital darkness. Internet connections were lost on the country’s more than 170 islands, international calls wouldn’t go through and credit card payments couldn’t be processed.

Eleven days later, officials are still working to repair the damage as trickles of connectivity have returned, including phone service.

Ezinet, a local satellite internet provider with speeds comparable to dial-up, has been able to offer some connectivity, but not enough for all. And with precious little bandwidth available, officials have blocked sites like Facebook and YouTube so that essential services can squeeze through.

Long lines have formed for brief rations of internet access at the headquarters of the Tonga Communications Corporation, the national internet service provider.

Tony Matthias, the owner of a tour company and guesthouse, said he had been waiting in the line twice a day, often for several hours, because responding to potential customers is essential for keeping his business afloat.

Tonga wasn’t wired for high-speed internet until 2013, when officials hailed the installation of a 514-mile fiber-optic cable as a landmark event. The cable connects Tonga to Fiji via the Southern Cross Cable, which links Australia, New Zealand, Fiji, Hawaii and the continental United States.

The Tonga cable, which was estimated to cost about $30 million — funded by the Asian Development Bank, the World Bank and Tonga Cable Limited — increased internet speeds in the country to 10 gigabytes from 20 to 30 megabytes.

It wasn’t thought to be susceptible to such a blackout.

Piveni Piukala, a director of Tonga Cable Limited, said the company believed that a large ship had cut the cable in multiple places by dragging an anchor along the seabed, according to The Associated Press. They hope to restore service by the weekend.

Mr. Piukala said that an oil tanker was in the area at the time the cable was severed, and that the company would work with the authorities to determine whether any negligence was involved. Still, the episode made clear how easily the nation could be cut off.

“We don’t need a rocket scientist to tell us we need a better plan,” he told The A.P., adding, “The cost of a backup is huge, and for a country like Tonga, we don’t have the luxury of money to put aside for a disaster like this.”

Mary Lyn Fonua, the managing editor of Matangi Tonga, an online news site, said the site initially could not be updated for several days, though the staff has since been able to resume reporting, including on the outage.

Losing Facebook has been a difficult blow to the many residents who rely on it to stay in touch with families overseas, she said. And most small businesses have been hurt one way or another.

“We’re all so hooked on the internet for what we’re doing,” Ms. Fonua said. “It just shows how rapidly, since they put our cable in, we’ve come to depend on these high-speed communications.”