Corner Office: Hadi Partovi Was Raised in a Revolution. Today He Teaches Kids to Code. 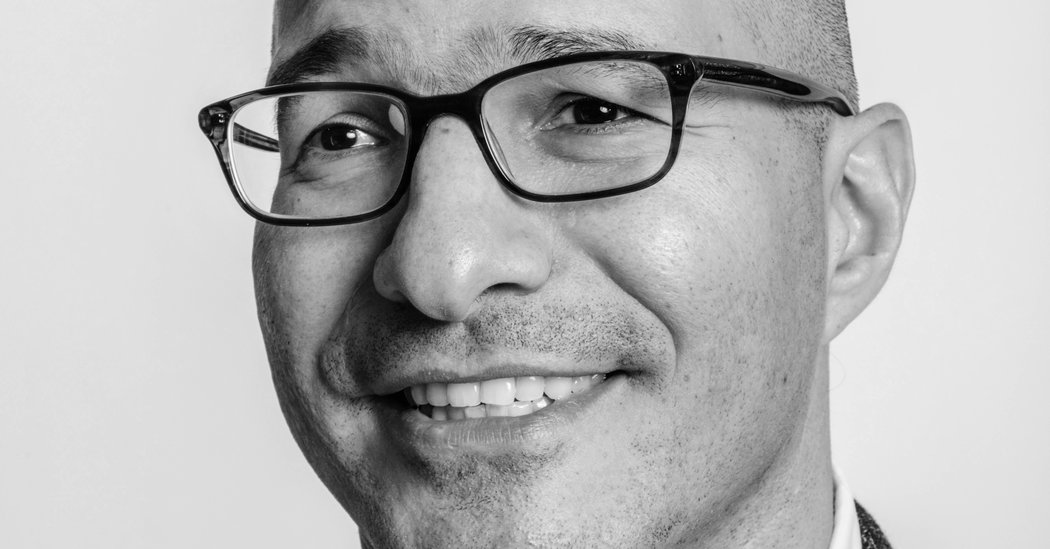 Just how much influence should Silicon Valley have over the classroom? It’s a question roiling educational circles, and one The New York Times explored in a recent series of articles.

At the center of the debate are organizations like Code.org, a nonprofit group that advocates computer science training and provides coding curriculum for schools around the country.

Founded by Hadi Partovi, an Iranian immigrant who had an enormously successful career in the technology industry, Code.org is backed by companies including Google, Facebook and Microsoft.

Mr. Partovi grew up in Iran during the revolution, moving to the United States when he was 11. He attended Harvard, then joined Microsoft, where he worked on Internet Explorer during the browser wars.

After leaving Microsoft he founded Tellme Networks, which was acquired by Microsoft for $800 million. He is also an angel investor, and was an early backer of Facebook, Dropbox and Airbnb.

Mr. Partovi’s relatives are similarly precocious. His twin brother, Ali, also founded a company that was sold to Microsoft. And his cousins include Dara Khosrowshahi, the chief executive of Uber, as well as senior executives at Intel, Google and Allen & Company, the influential investment bank.

This interview, which was condensed and edited for clarity, was conducted in San Francisco.

When I was 7 and the country was going through a revolution and war, I don’t remember thinking, “Oh my god, I’m suffering hardship.” I had no context. I just was like, “O.K. This sucks. But I can just go on with the day.” I got used to seeing people getting killed and waking up every morning to go to the roof to see which houses near us were still standing or not. Thinking about it now, I’m like, “God, that’s horrible.” Back then, that was just routine.

What did your parents do?

Both my parents were educated in the United States. My dad had gone to M.I.T. My mom was a computer scientist from Boston University. And we had a whole lot of extended family here.

Part of the challenge for me living in Iran was that my entire family, other than my mom and dad and brother, basically had left and fled the country, and we stayed behind. The reason we stayed behind was that my father had started the technology university there, and he said, “The country’s going through all this challenge, but if the education system falls apart, who knows what’s going to happen?”

My dad started teaching us on a programmable calculator when my brother and I were 8 years old. And then the next year, he brought a Commodore 64 home. In Iran at the time, there was nothing fun to do. There was no Xbox, no PlayStation, no internet. We had one TV channel; it was all propaganda. There were no sports in school. So for us, this computer was an escape from just a horrid life situation. It was really the only good thing we had in our life.

How did you get out of Iran?

To get the permission to leave, my dad had to promise the minister of education that he was coming back — that he wasn’t taking his family to leave forever. He was like, “I give you my word. I’m coming back.” And when we came to America, pretty much the first thing he did was to say, “All right. I’m going back. You guys can stay here.”

My mom was like, “What are you talking about? We’re done with that country.” And he said, “I just want to go for one or two years because I gave my word, and then I’ll join you guys.” So we spent a year or two in America with our dad living in Iran, only because he wanted to stay true to his word.

Tell me about arriving in the United States.

We were not well-off at all. Our family couldn’t afford a home. So all four of us lived in one bedroom in my grandma’s house in one bed, which is an awkward thing to do when you’re 12 years old. My parents worked three jobs, but they put all of the money toward our education. That left an imprint of how important education is. Education is the No. 1 thing you should invest in.

You have many relatives who’ve also been successful in the technology industry. How do you explain that?

Entrepreneurship is in my family’s blood. My grandfather and all of his brothers started a great company together almost 100 years ago. It was called Alborz Corporation, and it was one of the largest industrial companies in Iran. They started by being a trading company and importing goods, but then all the most popular goods they’d import they’d start manufacturing locally, in partnership with whoever was the original producer. Then the entire company was taken away by the government as part of the revolution. So growing up in America, there was this desire for us to effectively make back the money that our family had lost.

After you graduated college you went to work for Microsoft. What did you work on while you were there?

The project I’m most proud of is Internet Explorer. Today, Internet Explorer is the dead bastard stepchild of the Web browser market. But I joined that team when it was nine people and two years behind Netscape Navigator in the famous browser wars. It was one of the craziest start-up experiences in a very large company. My proudest creation there was Internet Explorer 5.0 and 5.5. At the time it was a really fantastic product.

It’s a bit hard to imagine Microsoft acting like a start-up.

The Internet Explorer team was probably the hardest-working team I’ve ever been on. And I’ve been at multiple start-ups. We would have foosball tournaments for the team at 2 a.m., just to get everybody’s energy back up to continue working. Everybody was working every day, every night. One of the team managers had a sign on his door saying, “This is why I’m going home this evening.” And it was a picture that his daughter had made of the family that showed mommy and daddy and son. But, the picture of daddy was a car leaving the garage. There were many divorces and broken families and bad things that came out of that. But what I learned was that even at a 20,000-person company, you can get a team of 50 or 100 people to work like their life depends on it.

You’ve gone on to be an angel investor. How do you decide which companies to invest in?

I give coding interviews to the chief technology officers of any start-up I invest in. When I met Drew Houston and Arash Ferdowsi from Dropbox, I flew them out to meet in Seattle, and I had them both do coding interviews in my house. I had them take a list of numbers and remove all the duplicates from the list. And the other was to write the code to shuffle a deck of cards. So, relatively simple stuff. I mean, you should be able to do it in 20 minutes if you know what you’re doing. It’s not rocket science.

I’m not a coder. Is there one right answer to those questions?

No. There’s a little back and forth of seeing how you’re going to go about the problem. And also since these were two that were going to be start-up founders, what are their communication skills like? Because if the C.E.O. just writes the answers and gives it back to you, that’s different than if they walk you through their thinking and explain why they come up with something. When you’re interviewing a potential leader you need to look for both of those things.

How did Code.org get started?

The moment of inspiration was the day Steve Jobs died. I had wanted to make a video that featured the best technologists talking about the importance of computer science, and I was like, “God. The best of them just died. He can’t be in my video anymore.” That gave me the onus to start Code.org.

And why is it so important that kids learn to code?

We’ve done some reporting on the influence that big tech companies are gaining over educational curriculum. Is that appropriate?

What Code.org does is focus primarily on foundational learning. And even when we involve our industry donors, we’re very clear with them that what we’re doing isn’t vocational. You can’t take Code.org’s courses and then get a job at Google. But it gets you interested that maybe, hey, I might want to pursue that.

There are a few companies that are proactively trying to get their platform into schools or trying to sell their devices into schools and there’s some self-interest there, but the Code.org ecosystem doesn’t have that.

Do you think there should be legislation that mandates schools teach computer science?

I believe schools should be mandated to teach computer science. You would never send your child to a school that didn’t teach math. In the 21st century, computer science is as important as biology. Understanding photosynthesis or H2O or electricity is just as foundational as understanding how the internet works or what an algorithm is. These things are impacting our daily lives. We need future lawyers and doctors and politicians to all understand it. We’re not trying to prepare kids for jobs. We’re trying to prepare kids for life.