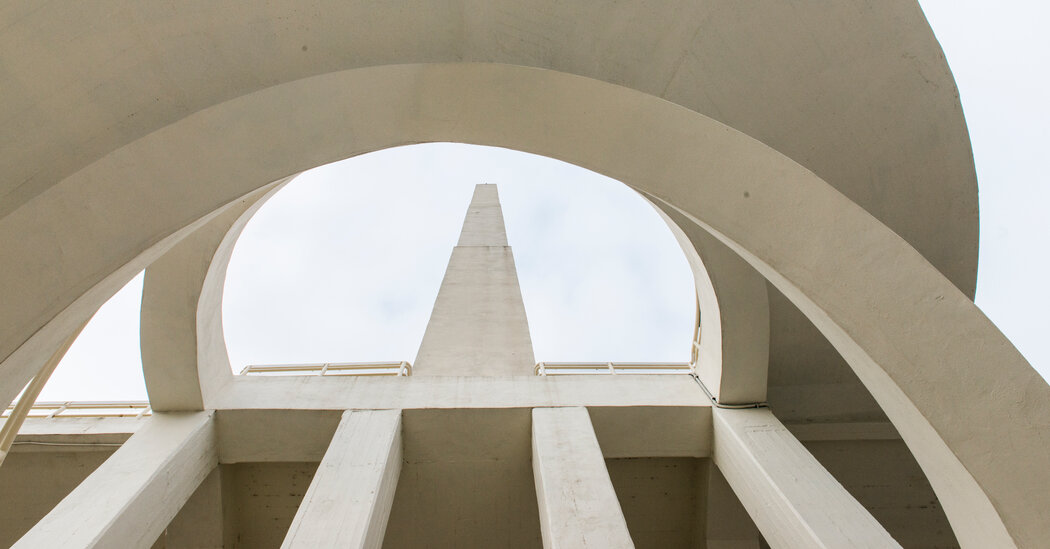 ROME — The pages of the Italian passport offer a crash-course of sorts on high points in the country’s architecture. After the Pantheon in Rome and the Ducal Palace in Venice, page 31 shows a more modern structure: the cantilevered grandstand canopy of Florence’s main sports stadium, designed 90 years ago by the Italian architect Pier Luigi Nervi.

Immediately acclaimed for its avant-garde design, the reinforced concrete Artemio Franchi stadium is known to contemporary architects and engineers through countless textbooks on 20th-century architecture.

So, when the new American owner of A.C.F. Fiorentina, the stadium’s resident soccer team, announced this year that he wanted to tear the stadium down to build a more comfortable and modern venue for the club’s fans, architectural conservationists and heritage associations went on the warpath.

Word of the threat got around fast among architecture guilds and university faculties. An online petition asking Florence’s mayor to save the stadium has been signed by conservationists as far away as Asia and Australia; ICOMOS, the France-based international agency that defends at-risk monuments and sites, has issued a heritage alert.

Last May, a committee of experts unanimously certified the building’s cultural and historical significance, bringing it under Italy’s strict conservation laws. But in September, the Italian government passed a decree designed primarily to streamline procedures for public works. The law included an article allowing sporting facilities, regardless of their historical importance, to bypass conservation requirements to make modifications — including reconstruction — that would improve a structure’s efficiency and bring it up to “international standards of security, health and public safety.”

Culture Ministry officials must identify specific elements of the sporting facility worthy of preservation: These can then be removed and conserved elsewhere, or reproduced, even in a different scale, the new law says.

“As absurd as it seems, the very people who were once tasked with protecting a monument are now called on to decide what to destroy,” said Elisabetta Margiotta Nervi, secretary general of the Pier Luigi Nervi Project Association, which was founded by the architect’s heirs to safeguard his heritage.

Italy takes the protection of its cultural heritage so seriously that it is enshrined in the Constitution. So conservationists were immediately concerned when legislators approved measures chipping away at principles that seemed untouchable. Many fear that the law pushed through last September could be the first step toward dismantling Italy’s strict — and widely praised — conservation laws.

A.C.F. Fiorentina was bought in 2019 by Rocco B. Commisso, the billionaire chairman of the cable provider Mediacom. At the time, Mr. Commisso said that he was looking at what could be done about the team’s stadium, which undeniably lacks many of the bells and whistles of the arenas that are home to teams in Europe’s other top leagues.

Among criticisms of the design is that the seats on its curved sides are too far from the playing field; that it is only partly covered, so fans get wet when it rains; and that the retrofitted seats (it was designed as a standing-room stadium) are uncomfortable.

Most contemporary sports grounds include commercial areas with stores, gyms, restaurants, even museums that help teams defray their costs — but there are none of these in the 1930s Artemio Franchi stadium.

The building is owned by Florence city hall, which shares some maintenance costs with A.C.F. Fiorentina. A spokesman for the city, who asked not to be identified, as is common in Italian institutions, said that structural studies carried out with the University of Florence suggested that the stadium was showing signs of wear, “which is normal for a nearly 100-year-old building,” and that the building also required significant work to improve its security in the event of an earthquake.

The city’s main interest, the spokesman said, was that fans could continue to see games in safety.

Mr. Commisso declined to be interviewed and, through a spokesman, the club declined to comment.

But last month, Mr. Commisso gave an interview to Radio Viola, a regular sports program about A.C.F. Fiorentina, in which he said that a new stadium was necessary for the franchise to flourish.

“Unless revenues increase by a lot, Fiorentina won’t be able to compete” against clubs with bigger budgets, Mr. Commisso said. Citing a study commissioned by the team, Mr. Commisso said that a new stadium would transform the club’s finances.

Mario Tenerani, editor in chief of Brivido Sportivo, Florence’s main sports newspaper, said that many of the team’s fans, “even if they are from Florence, don’t care about the old stadium” and would be happy to have a new one in its place.

“They’re with Rocco,” he said.

Alternative solutions that had been proposed, including building a new stadium in another part of the city, have fallen through.

“The best solution would be a compromise, but he doesn’t want a compromise,” Mr. Tenerani added. “He wants to build a stadium that lives up to his expectations.”

Two weeks ago, Mr. Commisso’s team set the ball in motion, writing to the Culture Ministry to formally ask officials in Rome to verify whether there were elements of the stadium that would have to be preserved. The Franchi’s most distinctive elements are its helical staircases, cantilevered canopy and a tall slender tower known as the Marathon tower that overlooks the sports field — but conservationists say the entire stadium is a masterpiece that must be preserved in its entirely.

“As a piece of stadium design it was tremendously influential — you can point to dozens, if not hundreds of stadiums all over the world that were done in the early and mid-20th century that adopted a lot of same things that Nervi was exploring there,” said Thomas Leslie, a professor of architecture at Iowa State University, and one of the main promoters of the petition to save the stadium.

The ministry’s response is expected within 10 weeks.

Andrea Pessina, the Culture Ministry’s top conservation official in Florence and one of the experts to declare the stadium a national landmark in May, said in a telephone interview that his office would have been open to allowing changes to stadium, because of its age and changing standards. Even covering the grandstands and adding commercial spaces seemed possible, he said. “But not demolishing,” he added.

That decision, however, is out of his hands. Under the new law, another official, in Rome, will make the call.

Conservationists who want to save the stadium say that modern construction methods and top tier architects would be able to restyle the building, bringing it up to code, while leaving it intact, pointing to other modern examples like Renzo Piano’s work on the Morgan Library in New York, or Mario Botta’s revamp of La Scala opera house in Milan.

Such a restyling can be “a difficult challenge but one that the city of Florence, the cradle of Italian culture, can’t refuse,” said Marco Magnifico, executive vice president of the Fondo Ambiente Italiano, a heritage organization.

And Mr. Pessina, the culture official, was especially pessimistic that the relaxation of the country’s strict conservation laws could be extended to other kinds of structures, like its historic train stations or public buildings.