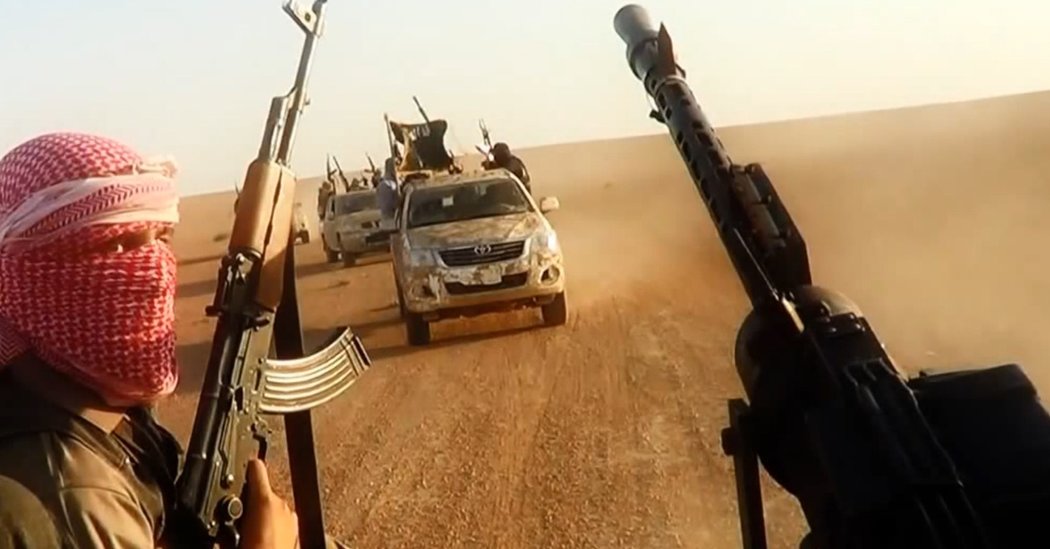 For the militants of the Islamic State, the American drone strike that killed the Iranian commander Qassim Suleimani was a two-for-one victory.

First, the killing of General Suleimani removed the leader of one of the Islamic State’s most effective opponents, responsible for building up the alliance of Iran-backed militias that did much of the ground fighting to drive the militants out of their strongholds in Syria and Iraq.

The assassination has also redirected the wrath of those militias and their many political allies inside Iraq squarely against the American presence there, raising doubts about the continued viability of the American-led campaign to eradicate what is left of the Islamic State and to prevent its revival in both Iraq and neighboring Syria.

“This is precisely the sort of deus ex machina the organization needed, to give it room to operate and to allow it to break out of its current marginality,” said Sam Heller, an analyst at the International Crisis Group who studies the fight against the Islamic State, also known as ISIS.

“Even if the American forces are not withdrawn immediately, it is very difficult for me to imagine that they can meaningfully continue the counter ISIS fight.”

Former defense and intelligence officials said that the escalating American confrontation with the Iran-backed Iraqi militias directed by General Suleimani will now mean that the American forces in both Syria and Iraq must worry as much about protecting themselves from attack as they do about fighting the Islamic State, a distraction that could seriously hamper the campaign.

“They are going to be too focused on protecting the mission instead of on fighting ISIS,” said Dana Stroul, a former senior Pentagon official and the co-chair of a congressionally sponsored bipartisan Syria Study Group.

But a more sweeping and immediate first test will come on Sunday, when the Iraqi Parliament is expected to vote on a proposal to expel the American forces from Iraq.

The nearly 5,000 American troops stationed in Iraq provide essential support to the Iraqi forces trying to hunt down the thousands of ISIS insurgents still plotting attacks from hide-outs in remote rural areas, deserts and mountains.

Without American surveillance, intelligence, transportation and air support, analysts say, the Islamic State fighters would detect the sweeps by Iraqi forces in plenty of time to escape and evade — allowing the ISIS fighters impunity to rebuild their organization.

What’s more, the intelligence and logistical support provided by the American military is equally necessary to the European and other military partners in the American-led international coalition against ISIS.

Even the smaller contingent of fewer than 1,000 American service members still deployed to fight the Islamic State in Syria would be impossible to sustain without support from the Americans inside Iraq. And some analysts argued that President Trump’s drawdown in Syria had already left the American forces there vulnerable to attack while alleviating the pressure against ISIS.

As a result, a parliamentary vote to expel the American forces from Iraq would effectively end the military effort to defeat ISIS and thwart a comeback.

“That is the end of the D ISIS mission as we know it,” Ms. Stroul, now a scholar at the Washington Institute for Near East Policy, wrote in a text message, using initials for the coalition to defeat the Islamic State.

The Iraqi government established after the United States invasion in 2003 has long struggled to balance its dependence on Washington and the West against its close ties to its neighbor Iran. The Iraqi government in Baghdad relied heavily on those Iranian-backed militias in the fight against ISIS.

And many Iraqi politicians have their own close ties to Iran. Among them are many leaders or representatives of those Iran-backed Iraqi Shiite militias who now have now been elected to Parliament.

What’s more, American officials have repeatedly reassured nervous Iraqis that the United States forces who returned in 2014 had come only to support the Iraqi fight against ISIS. The American diplomats and military officers have always emphasized that the American forces were present only at the formal invitation of the Iraqi government and only to help increase the capacity of the Iraqi forces to combat ISIS themselves.

But in the last week, the United States forces in Iraq have not only assassinated General Suleimani. The same drone strike killed a senior Iraqi militia leader who was also a top government security official and a former member of parliament. His Iraqi public relations chief was killed, too.

And in the preceding days, the United States had already killed more than 25 Iraqi fighters from a major Iran-backed militia. They were killed in a missile strike carried out in retaliation for a rocket attack that killed an American civilian contractor and wounded several other people at an Iraqi military base.

“Action of this type is an obvious grave breach of those agreed-upon terms” of the American military’s return to Iraq, said Mr. Heller of the International Crisis Group. Even if the Parliament does not immediately expel the American forces, he said, “I don’t see how, in the wake of these killings, the U.S. presence continues.”

American officials have long considered General Suleimani a fearsome enemy. After the United States invasion of Iraq in 2003, he helped form and direct Iran-backed Shiite militias in Iraq blamed for killing hundreds of Americans.

But in the fight against the Islamic State after 2014, the United States had tacitly accepted General Suleimani as an awkward ally. Iran’s Shiite Muslim clerical rulers found common cause with Washington against the Sunni militants of ISIS, and the Iranian-backed militias sponsored by General Suleimani did much of the fighting on the ground while American jets, helicopters and drones provided air power.

The militias also stopped attacking the American forces who returned to Iraq. And those forces settled into positions inside Iraqi military bases, where they depend for their safety and protection on Iraqi security forces — despite their hosts’ many ties to Tehran.

Now President Trump has embarked on an escalating confrontation with Iran, seeking to use sweeping economic sanctions to force Tehran to submit to new restrictions on its military activities and nuclear programs.

The Iran-backed Iraqi militias in recent months have once again begun to threaten or attack Americans. And when a mob instigated by one of the militias last week besieged the American Embassy compound in Baghdad’s heavily protected Green Zone, the failure of the Iraqi security forces to prevent the attack and the belated response after it started were both stark reminders of their limitations, in part because of their divided allegiance.

If the escalation leads to a larger battle in Iraq between the United States and Iran, the chaos would create the same conditions that have allowed ISIS to thrive in the past, said Ilan Goldenberg, a former Iran team chief in the Pentagon under President Obama and director of the Middle East Security Program at the Center for a New American Security.

“That is a perfect situation for ISIS to regenerate,” he said.

Douglas London, a professor at the Center for Security Studies at Georgetown and a recently former C.I.A. official with experience in the region, warned that the backlash against the United States also increased the potential for so-called green-on-blue attacks by members of Iraqi forces against their American guests.

“We have not really had the green-on-blue attacks in Iraq that we have in Afghanistan, but the risk of that would certainly rise,” he said.

The leaders of ISIS must now be delighted to see their foes in Iraq attacking each other, argued Barbara Slavin, a scholar of Iran at the Atlantic Council. “It serves us right if ISIS comes crouching back,” she added.