Coinstar machines will start selling Bitcoin at the grocery store 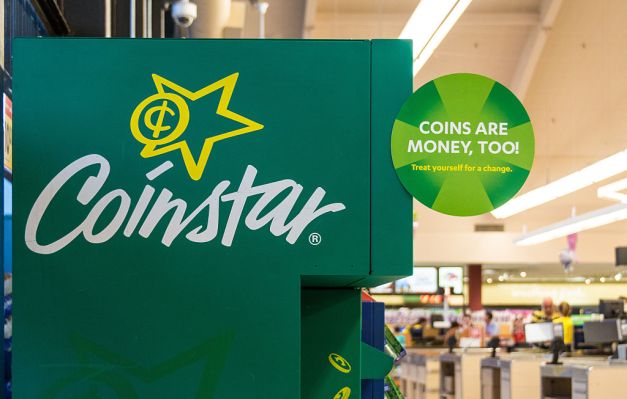 You know those machines at the grocery store that transform your gallon jugs worth of change into more usable currency? They’re about to start selling Bitcoin .

To make this impulse shopping dream come true, Coinstar, the company behind those ubiquitous change-counting kiosks, has partnered with Coinme, a startup that operates a small network of cryptocurrency-dispensing ATMs around the country.

“Coinstar is always looking for new ways to offer value to our consumers when they visit our kiosks, and Coinme’s innovative delivery mechanism along with Coinstar’s flexible platform makes it possible for consumers to easily purchase Bitcoin with cash,” Coinstar CEO Jim Gaherity said in the announcement, first reported by GeekWire.

With 20,000 machines around the world, Coinstar operates a pretty huge network that could be enabled to dispense digital currency. As the company’s announcement states, there are “thousands in the U.S. market that can be enabled to accept Bitcoin transactions” though we’d guess it won’t hit those numbers for a while.

Coinme has digital currency ATMs in 11 states, including multiple locations in Texas, Washington and California, among others. While it’s not initially clear exactly how many machines will become Bitcoin-ready, Coinme’s site also states that the partnership will result in “thousands of places to buy Bitcoin.”

The Coinstar Bitcoin locator tool wouldn’t point us to any local kiosks when we tried, but if you can track one down, buying Bitcoin from the updated machines sounds pretty easy. It’s worth noting that you’ll need cash for the exchange — you won’t be able to trade digital money or credit for cryptocurrency here.

After sticking your paper money into one of the machines, the newfangled kiosk will dispense a voucher for a Bitcoin redemption code that points you to Coinme. The limit is $2500 and you’ll need to link a phone number to the transaction, though it’s not clear if you can just make one up to get around that kind of questionable requirement.

After last year’s wild highs and painful if inevitable lows, cryptocurrency’s cool off period might be here a while — particularly if the stock market keeps everyone battening down the hatches. Given that, the kiosks would have been met with more interest during the most feverish moments of early 2018 when everyone was trying to navigate the sometimes complex process of buying their first cryptocurrency. Still, given Coinstar’s ubiquity, the Bitcoin kiosks might pique the interest of some shoppers who just cashed out thirty bucks worth of nickels.