Clean, On Time and Rat-Free: 9 International Transit Systems With Lessons for New York 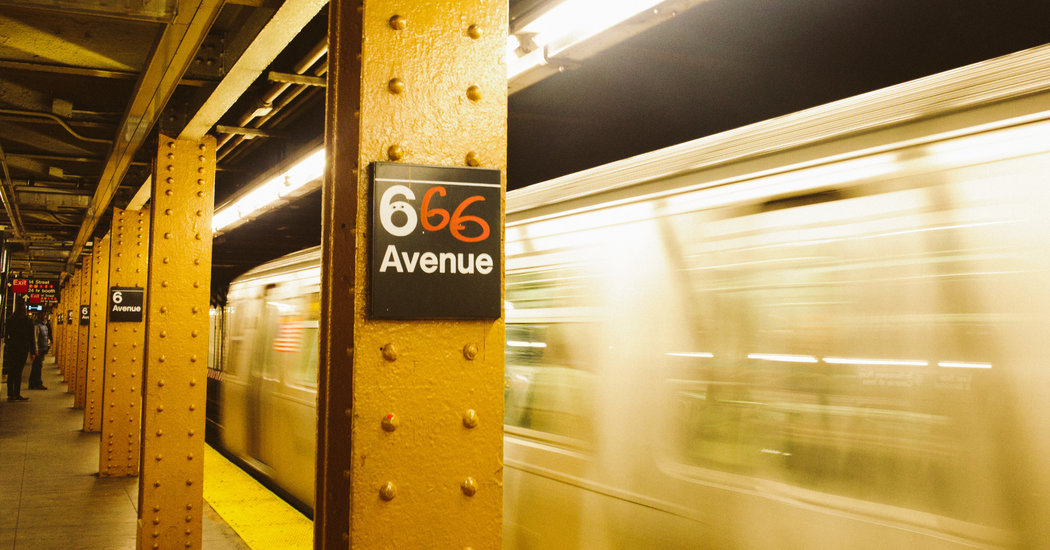 What smells like a “nightclub toilet,” evokes the feeling of “an underworld” and resembles a “working museum”?

That would be the New York City subway, according to international readers who have experienced it.

The subway runs around the clock and carries millions daily across a sprawling network. But when we asked riders of public transit around the world how their systems compare, New York’s scored worse than most on several measures.

Among the enviable features they described were Moscow’s chandelier-adorned platforms, Istanbul’s plans for a 500-mile expansion and Tokyo’s friendly attendants who locate lost items.

Below are some of their tales of exceptional public transit. They have been condensed, edited for clarity and paired with photos of their systems and New York’s.

What experiences have you had with public transit? Tell us in the comments.

I’m a senior majoring in Russian studies at Carleton College in Minnesota. When I studied abroad in Moscow last year, my father, a South Bronx native, came to visit. We took the metro many times, and he was shocked.

“Where are the rats?” he asked. “I can’t believe how clean it is on these platforms.”

Many of the stations are works of art. Kievskaya, one of my favorites, has chandeliers and glittering mosaics with scenes from Ukrainian and Russian history. My other favorite station, Dostoevskaya, has murals depicting some of Fyodor Dostoyevsky’s famous works, including “Crime and Punishment.”

The stations are held to a high standard of cleanliness, and there’s a constant police presence. Hooliganism is a serious crime, and it’s illegal to drink in the metro.

New York impressions: The subway in New York doesn’t follow a schedule in my experience. One time, in the summer of 2017, I waited 40 minutes for a Q train on the way to Brighton Beach. There was construction, but come on, 40 minutes?

I live in Tokyo and rely on three trains — JR and Tokyo Metro lines — to get to my job leading food tours at the Tsukiji fish market. My first train is famous for being packed during the morning commute. But riders are good for the most part about making room for as many people as possible. When things go smoothly, a new train comes on the JR Chuo line every few minutes. If there are ever delays, train stations, social media and TV news are quick to share the information.

Trains are clean, and some cars are reserved for women and children. There are staff at the stations who are helpful and friendly. One time I left my keys on the train, and the staff at my station quickly figured out which train it was and where I could track it down. The keys were turned in and I retrieved them.

Japanese culture respects others before yourself. My train ride is so quiet in the morning that a baby could sleep. There are rules, such as letting people off first, that everyone follows.

New York impressions: I lived in New York for many years, and two things happened to me on the subway. First, I was held up. There were other riders in the car, and no one did anything to help. Second, I was on a train and a man had a gun. Everyone panicked, and people fled to the ends of the train. This doesn’t happen in Tokyo.

As an American and former New Yorker, I am keenly aware of the public transit differences between here and New York. In Amsterdam it is a priority, a connecting web of trams, buses, trains and ferries that allows everyone to get around safely and on time.

I came to Amsterdam in 1989 to work for Radio Netherlands Worldwide and started living here full time seven years later. Now I’m retired, and as a senior on a limited income, I qualify for a free pass on all city transportation. This mobility has opened my life.

When American friends visit, they think our system is like a dream. But it isn’t. It’s the result of decisions made by the city and national governments and supported by the citizenry, who benefit daily and are willing to pay taxes to support it.

New York impressions: When I moved to Amsterdam after 15 years in New York, I had no idea that transport could actually run on a schedule. All I knew was to schedule extra time.

I still don’t trust the timetables, mainly because I want to keep some of my New Yorker-ness!

The metro here is known as the world’s longest art gallery.

One card allows you to ride the commuter trains, metro, trams, ferries and buses. There are even driverless vehicles. Transit is safe, punctual and affordable. Between my commute from the suburbs and my work co-directing the Stockholm Fringe Festival, I take three to four transportation modes a day. The system is part of my office.

For the festival we rely on public transit to get our actors, crew and audience members to each venue. In fact we plan the locations and schedule around the metro lines. In 2012 we had a roaming performance that took place across different stations and trains. It won the Audience Choice Award.

New York impressions: The subway looks like it does in the movies and smells like a shady nightclub toilet.

When my husband and I were both working remotely, we thought, “Why not do this from Berlin instead of home?” So we left Austin, Tex., and spent a month there in 2016. We returned last year to celebrate our 13th wedding anniversary and my birthday. Berlin is our favorite big city, in large part because of how easy transportation is.

The U-Bahn was our primary method of transit for everything. Trips on it aren’t particularly memorable, and that’s how it should be. Systems are consistent across platforms and stations. There aren’t obstacles to smooth travel. What’s memorable, though, is the exquisite, ornate tiling in many of the stations. You also don’t validate your ticket when you enter a platform, which I think only works because of German culture.

New York impressions: When I visited New York, the stations were grungier and more rundown than the U-Bahn. But the U-Bahn serves a city with 3.5 million people. It’s harder to maintain and clean a system in a city of 8.5 million.

My family has a foundation that manages a robotics competition in Turkey. My work for it often requires taking public transit to meet with schools, sponsors and teams across Istanbul. When I was looking for an apartment, access to the metro and buses was basically my only criterion.

The metro is pretty fantastic. The trains can carry a massive number of people. We have mild overcrowding for an hour or two a day, but it’s usually not horrendous. Trains are almost never delayed thanks to good maintenance. My line, the M2, carries about 400,000 people each day without trouble.

The trains have TV screens that play lots of things. My favorites are the cat (and sometimes dog) videos.

The metro sparkles: Trains and stations are shiny clean. What I like most, though, is how fast it’s expanding. There are plans to go from 105 miles of track to about 680 miles in the next decade or so.

New York impressions: I’ve come to New York for robotics competitions. The subway gets you there. That’s about it. It was slow and broken, with lots of trash and decay. I felt like I was in an underworld.

My work addresses urban-planning issues. Before moving to Vancouver, I lived in San Francisco, where I helped take down the Embarcadero Freeway and create the Presidio, a national park. Here, I’m working to remove two old highway viaducts, which will be replaced by a new roadway, parks, housing, bike paths and more.

The SkyTrain, our rapid transit system, has three lines that run through metro Vancouver. It plays a key part in a transportation strategy that makes walking, cycling and transit account for half of all trips in Vancouver.

The entire system is driverless. I’ve sat in the front seat of a SkyTrain, imagining that I’m the engineer as we race across the Fraser River.

Automation puts more money into maintenance and expansion. Six new stations opened in 2016. A project that will connect the suburbs to a major hospital has been approved, and an extension to the University of British Columbia is being discussed.

New York impressions: The subway is a critical public asset with impressive 24-hour service. But it’s antiquated, inefficient and not designed for all ages and abilities.

I’m a professor of computer science and use public transit on weekdays to drop off my youngest daughter at school, get to my university, run errands and go to meetings.

Zurich’s system has many desirable features. Most trams and many bus lines have their own lane, so travel time is more or less predictable.

The buses, with few exceptions, and many trams have low floors, allowing a stroller, wheelchair or suitcase to be moved easily onboard. Most U-Bahn stations are also accessible.

The timetables are fairly dense on many lines, and the evening and weekend schedules aren’t much thinner. On Friday and Saturday there’s a late-night network. I’ve never felt unsafe in any bus or tram.

Public transportation covers every part of the city. I don’t recall walking more than five minutes to a stop. It also has wide social acceptance; I know C.E.O.s who take public transit.

We once had visitors from the United States who left a handbag with money, jewelry and their passports on a bus. It took a phone call to find out when and where to meet the bus, and the driver handed over the bag.

New York impressions: The subway is a nice working museum.

I go to Northeastern University in Boston and studied in London for six months in 2017. I return every so often to work with a friend there on a business venture.

The Tube was the most amazing thing to happen to me. I could reach practically every spot in London in less than 40 minutes.

The system is extremely efficient, with frequent trains during the day. For me this is one of the main reasons that London has stayed ahead of many cities that haven’t aged as gracefully.

The trains are extremely long and can fit tons of passengers. Some stops also serve as national rail stations. I could board a train near my apartment and head out almost anywhere in the United Kingdom, from London’s suburbs to Edinburgh.

Transit fares are based on zones. One time I accidentally left the area that my card could access. It was 2:30 a.m., and I was six miles from my apartment. A security guard offered to pay for me and I was home within 30 minutes.

New York impressions: I like that New York’s subway is extensive (more so than Boston’s), but it’s extremely poor quality. It’s closer to London in terms of having many stops in many places, but not close in much else.

A System in Disrepair
If you don’t live in New York, enjoy this transit schadenfreude. (If you do, sorry.)

A note to readers who are not subscribers: This article from the Reader Center does not count toward your monthly free article limit.

Follow the @ReaderCenter on Twitter for more coverage highlighting your perspectives and experiences and for insight into how we work.