Christmas Trees — an Elusive Bit of Happiness for Canadians 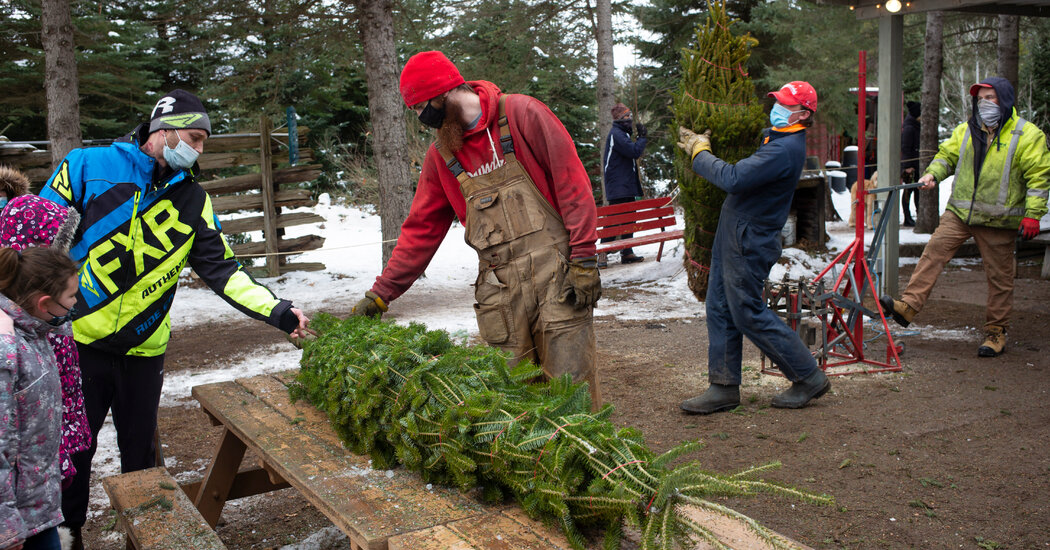 François Legault, the premier of Quebec, had been among the few political leaders to condone small gatherings over the holidays. Last Thursday he reversed his stand, saying the province’s soaring rates meant that family gatherings of any size were “not a good idea.”

On Friday Prime Minister Justin Trudeau weighed in. “We knew it wouldn’t be a normal Christmas,” he said. “Now we are going to have to try to connect differently with our loved ones.” He added, “It’s going to be a difficult time.”

Many Canadians who fly across country to see family or escape south to the tropics for a few weeks of precious sun, have canceled those trips. About 70 percent of Canada’s 110,000 snowbirds, who typically head to Florida, California and Arizona for winter, decided to stay put, according to the Canadian Snowbird Association’s spokesman, Evan Rachkovsky.

Taken together, that makes for many more Christmas tree buyers — pushing sales across the country up by 25 percent, said Shirley Brennan, executive director of the Canadian Christmas Trees Association, a growers’ group.

“People want hope,” she said. “Christmas trees give them hope.”

That same motivation seems prevalent in Britain, several Western European countries and parts of the United States, where demand for trees — at tree farms, tree stands and online — is breaking records.

In Canada, the increase isn’t entirely the result of locked-down crazed shopping; it’s part of a trend. Over the past five years, Canadian Christmas tree farm sales have more than doubled, to $108 million, or $138 million Canadian dollars, in 2019. That coincided with a lower supply, particularly in the United States, where the 2008 recession put many tree farms out of business and caused others to plant fewer trees.