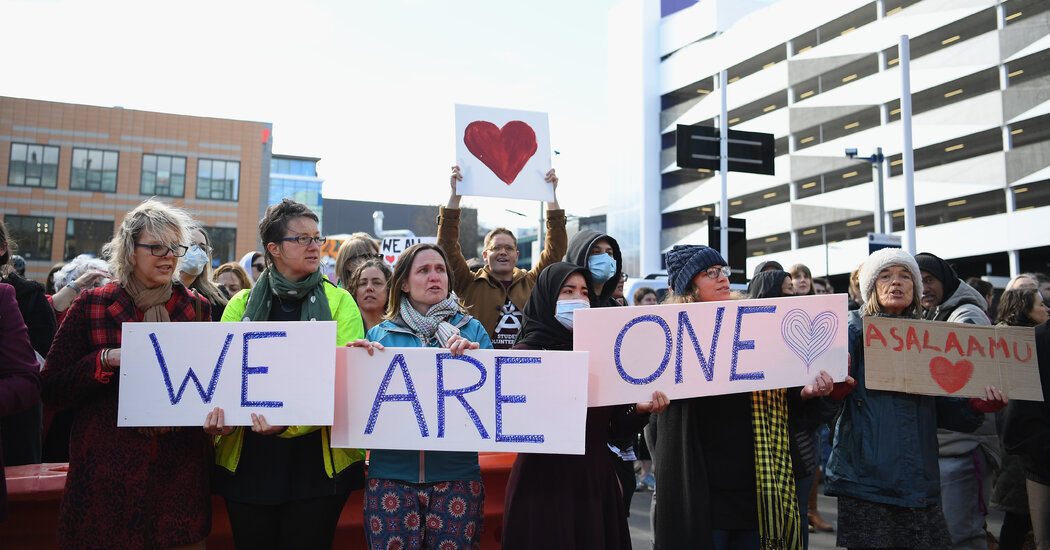 Prime Minister Jacinda Ardern, in comments to reporters at Parliament in Wellington ahead of the report’s release on Tuesday, said her government had provisionally agreed to carry out every recommendation. She planned, too, to speak “directly to the leadership of YouTube” about the report’s revelations that Mr. Tarrant had been radicalized more on the platform than he had been influenced by darker corners of the internet.

“The commission made no findings that these issues would have stopped the attack,” Ms. Ardern said in remarks that were echoed by other agency chiefs who spoke to reporters.

Still, Ms. Ardern apologized “on behalf of the government” for failings among the intelligence agencies and the lax firearms licensing system. Within a month of the attacks, Ms. Ardern passed laws in Parliament outlawing all the military-style weapons that Mr. Tarrant had used.

The massacre 21 months ago prompted a national outpouring of grief and love, thrusting New Zealand, and Ms. Ardern, who has been praised for her compassion, onto the world stage. It also provoked a reckoning with the effects of far-right radicalization online: Mr. Tarrant broadcast video of his attack live on Facebook and published a racist manifesto steeped in trolling and far-right memes.

In March of this year, the terrorist abruptly pleaded guilty to all charges he faced over the attacks at the Al Noor and Linwood mosques, averting a planned trial. In August, he was sentenced to life in prison without the chance of parole, the first time such a sentence had been handed down in New Zealand.

His admission of guilt generated relief among those bereaved over the attack and its survivors.

But given the mass of evidence that the police had accumulated that was never aired in court, their consolation soon gave way to questions: about how Mr. Tarrant could have traveled so widely and planned his attack at such length without detection, given the scrutiny they say their mosques had received by the intelligence agencies.

The Royal Commission — which took place behind closed doors as it interviewed politicians, public servants, Muslim residents and others — was viewed by some as the last chance for answers.