Chips are on a tear, and one Dow stock could be on its way back to recent highs

The SMH semiconductor ETF has added 19 percent in 2019, exiting a correction after a steep decline in the fourth quarter.

Todd Gordon, founder of TradingAnalysis.com, sees more gains for the group to come.

“The SMH has broken above the October, November, December levels just at about $96, $97, $98. We’ve broken above and we’ve come back to retest the support, and it looks like we’re trying to get another head of steam here to move up,” Gordon said Tuesday on CNBC’s “Trading Nation.” 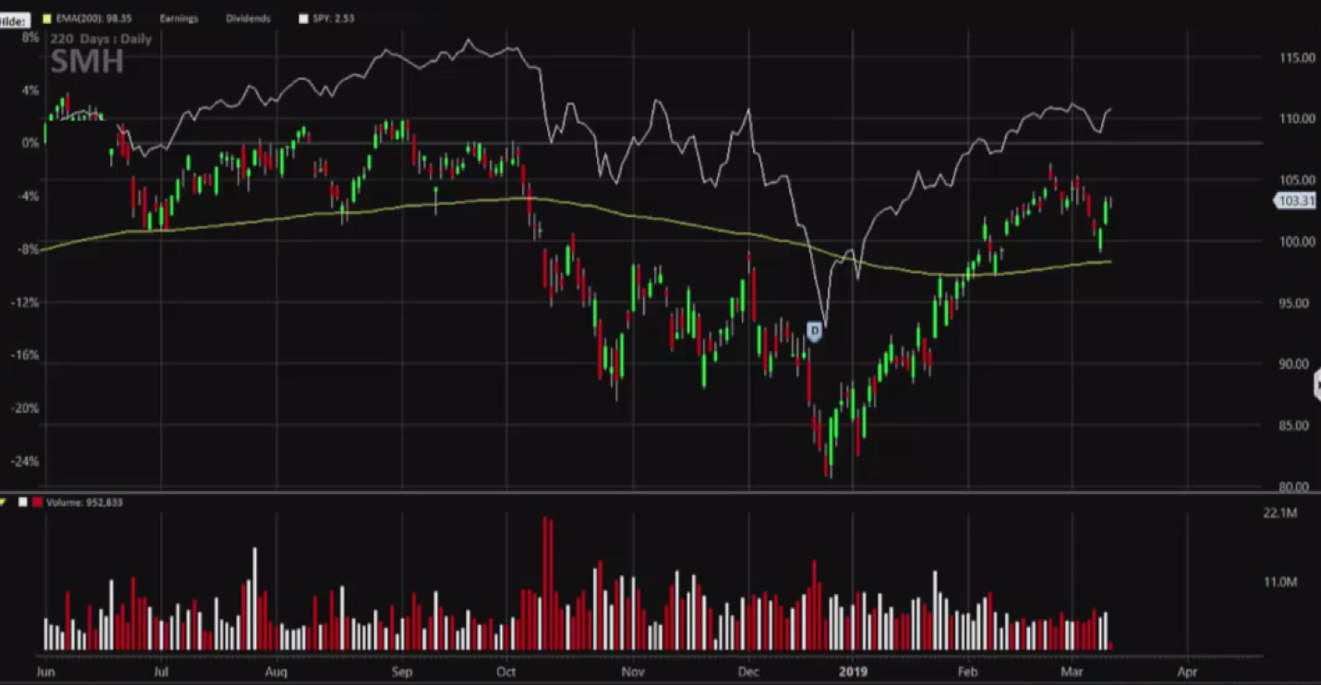 The S&P 500, meanwhile, has struggled to break above its September record high and has found overhead resistance at around 2,800 to 2,820. Whether the chips can continue to rally depends on whether the S&P can break through that level, Gordon said.

“I think we’re going to eventually chop through,” he said. “What we have here is semis breaking that old late 2018 high where the S&P is about to, so we have a strong sector performing well in a potential breakout market.”

One chip stock could be best positioned to ride that breakout wave, Gordon said.

Intel would need to rally more than 7 percent to get back above $57.50. It last traded at that level in June, its highest price since the dotcom bust.