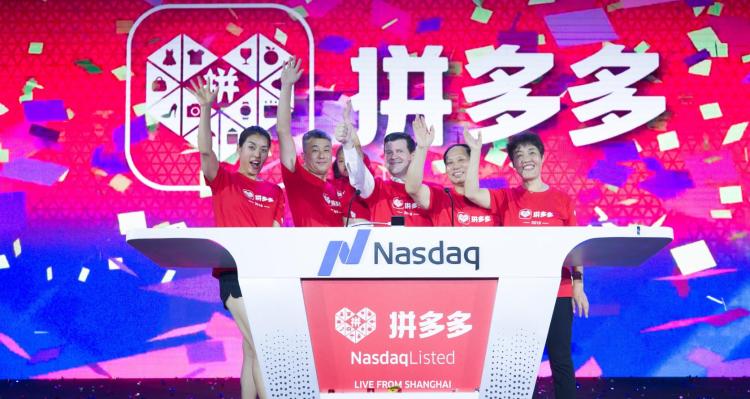 The price of competing with e-commerce giants Alibaba and JD.com is immense. That’s evidenced by challenger Pinduoduo, commonly known as PDD, which is raising more than $1 billion in fresh capital just six months after it went public.

The company announced plans to sell 37 million shares in a move that will raise over $1 billion, going potentially as high as $1.25 billion if underwriters exercise their full share purchase option. The secondary event will also see a number of existing backers sell a portion of their stock, those sellers including Sequoia China, Lightspeed China and Banyan, according to a filing.

PDD went public in July when it raised $1.6 billion through a Nasdaq listing.

Founded in September 2015 by ex-Googler Colin Huang, it adds a social twist to e-commerce by offering discounts for shoppers who gang up with friends or family to make group orders. That’s resonated in particular with consumers, who tend to be female, the company said. PDD claims 385.5 million active buyers with an annual GMV of RMB 344.8 billion, or $250.2 billion, as of Q3 2018.

That’s helped it make a dent in China’s e-commerce market, which is dominated by Tencent and Alibaba, although it has come at some cost. PDD isn’t profitable, and it isn’t likely to be for some time. Since going public, it has recorded net losses of RMB 6.49 billion ($981.4 million) in Q2 and RMB 1.10 billion ($159.9 million) in Q4.

Yes, there has been heady growth, revenue in Q4 surged by 697 percent year-on-year to reach RMB 3.37 billion ($491.0 million), but the corresponding operating loss increased five-fold.

Huang has described his business as a combination of Costco and Disney, which signifies “value-for-money and entertainment combined.” In a letter to shareholders, he emphasized that his vision will require a decade before it begins to reach its potential.

“It is not easy to take the leap of faith believing in such an unconventional company, which strives to meet both economic and social needs of users, and to make a positive impact to the society. The pursuit and focus of our long-term vision and intrinsic value may not always translate into near-term profits. Instead, we hope to show you the true colors of our company no matter how bumpy or rough the numbers may seem to be. We ask you to ride the journey with us for the long term. We believe it will be wonderful,” he wrote.