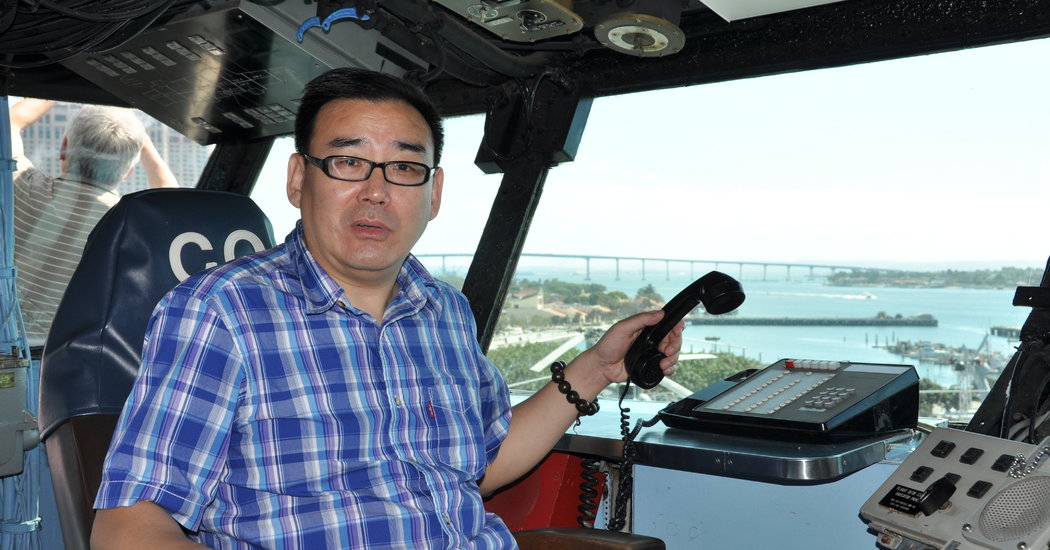 SYDNEY, Australia — A well-known writer and former Chinese official with Australian citizenship flew from New York to China on Friday despite warnings from friends who told him it was too dangerous.

Now, he is missing and appears to have been detained by the Chinese authorities.

The writer, Yang Hengjun, did not answer his Chinese cellphone despite repeated attempts to reach him on Tuesday and Wednesday. Nor did he answer messages on WeChat, the popular Chinese social media service.

Deng Yuwen, a Chinese journalist and current affairs commentator who knows Mr. Yang, said that the writer appeared to have vanished shortly after landing in the southern Chinese city of Guangzhou.

“We don’t know what Yang Hengjun did that would prompt the Chinese government to detain him,” Mr. Deng said by telephone from New York. “In recent years, he’s been very low key and hasn’t published anything that could be construed as antigovernment.”

Australia’s Department of Foreign Affairs and Trade confirmed that the government “is seeking information about an Australian citizen who has been reported missing in China.”

A spokeswoman for China’s foreign ministry said she had no information about the case. American officials did not respond to requests for comment.

Mr. Yang was detained in 2011, but his disappearance now carries additional risk.

China’s relationship with the United States and its democratic allies continues to deteriorate. A trade war between the two countries is rattling the Chinese economy. President Xi Jinping has pushed the country toward a more muscular brand of authoritarianism. And the December arrest in Canada of a senior executive from Huawei, China’s most important telecommunications company, has led to tit-for-tat retaliation from China.

Last month, the Chinese police detained two Canadians, Michael Kovrig and Michael Spavor, as officials in Beijing pressed Canada to free Meng Wanzhou, the Huawei executive who was held for possible extradition to the United States on fraud charges.

If Mr. Yang’s detention is prolonged, he could become another strain in Australia’s volatile relations with China. Australia’s economy has been buoyed by raw material exports to China, especially iron ore. But in recent years relations between the two countries have been troubled by Australian complaints of political interference from Beijing.

In August, Australia rejected potential participation by Huawei in developing the country’s 5G telephone network, a step that angered the Chinese government.

Mr. Yang, 53, a novelist and commentator who worked for the Chinese foreign ministry before moving to Australia and becoming a citizen in 2000, has spent the past two years with his family in New York, where he works as a visiting scholar at Columbia University.

In his writing, he has been critical of the Chinese government. But in recent years he has eschewed interviews with the news media and avoided outright opposition to the Communist Party.

In December, he retweeted one of his earlier articles about rule of law in China, which said: “I have faith in the future, but without today’s endeavors and sacrifices, the future will never come. For people like me, the goal, the dream is for the future to arrive earlier.”

Friends of his said they had told him that none of his calibrated caution mattered, and that his Australian citizenship would not act as a deterrent because the Chinese government sees anyone of Chinese descent as under the jurisdiction of the country’s Communist Party.

“The intention of his writing is clear — he wanted to educate people about democracy and universal values, and has influenced many young people,” said Weican Meng, a friend of Mr. Yang’s and the founder of Boxun News, a Chinese-language website in the United States.

“Before he went back to China, we had a meal together and a number of friends told him it’s not a good time to go,” added Mr. Meng, whose pen name is Wei Shi. “The situation in China right now is a bit like during the Cultural Revolution: People are being punished for talking about very minor things.”

On Thursday, China’s minister of public security, Zhao Kezhi, told a meeting of police commanders in Beijing to guard against political subversion and attempts to foment “color revolution” against the government.

Mr. Yang’s family and friends believe Mr. Yang is being held in Beijing.

Feng Chongyi, a friend of the writer’s and an associate professor at the University of Technology Sydney who was himself detained by the Chinese authorities in 2017, said he had spoken to Mr. Yang’s relatives. They told him that Mr. Yang had landed in Guangzhou early Friday morning, but that he did not make his planned connection to Shanghai, Mr. Feng said.

According to Mr. Feng, Mr. Yang went to China in part because his United States visa was to expire in a few months and he was waiting for a residence visa in Australia for his wife and stepdaughter. They had traveled with him to China on this trip.

According to Mr. Feng’s conversations with the writer’s relatives, Mr. Yang and his wife were interrogated for over 12 hours — probably at the airport in Guangzhou — before Mr. Yang’s wife was then allowed to go to Shanghai to drop off her daughter.

“At home in Shanghai,” Mr. Feng added, “she was in tears and asked relatives to not contact them again, but said she would post their whereabouts.”

The writer’s wife, Yuan Rui Juan, posted a picture on her Weibo page on Saturday from Beijing’s main airport, with the caption “It’s been a long time, my eyes are filled with tears.”

Mr. Feng said that family members were fearful and appeared to have been silenced about Mr. Yang’s status. “When asked about Yang’s situation, they say that they’re not in a position to discuss the matter,” he said. “And they implored us not to ask.”

Mr. Feng said he had been talking to security sources in China and believes that Mr. Yang could be charged with espionage, a broad charge in China that can include simply discussing matters that the government deems sensitive.

In Mr. Yang’s last blog post on his website, he praised President Trump for trying to close “loopholes” that Mr. Yang said had allowed other governments and migrants to Western countries to take advantage of these societies’ tolerance and hospitality.

Mr. Yang developed a large following as a blogger in China in the previous decade, and then an equally avid audience on WeChat, where he also advertised lectures and classes for which he charged a fee.

One of his last announcements on WeChat invited readers to sign up for his classes on studying and living in the United States, Australia and other Western countries, lessons that would also include his “thoughts on history, economics, culture and politics.”