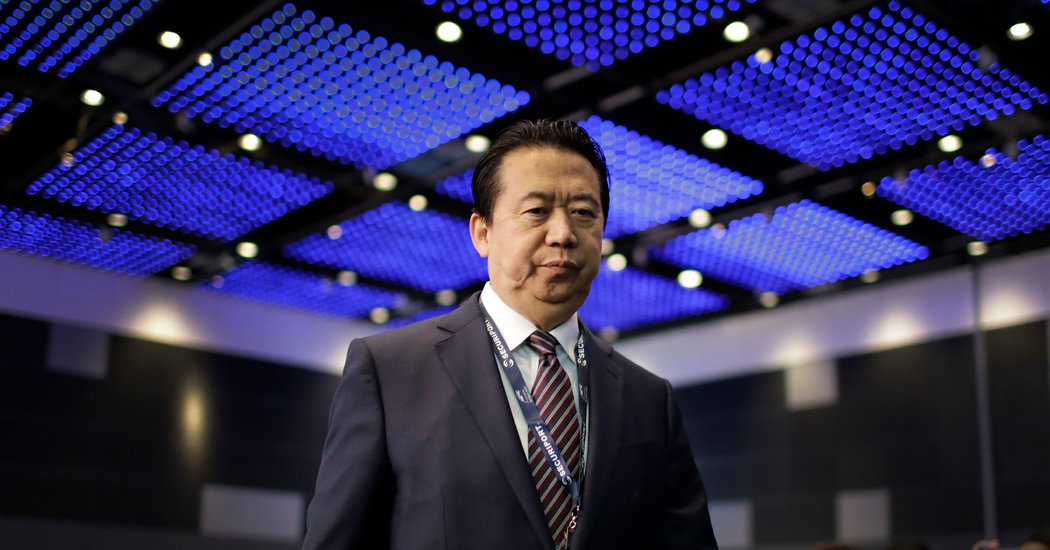 BEIJING — China’s ruling Communist Party expelled the former chief of Interpol on Wednesday, accusing him of abusing his power to finance an extravagant lifestyle and committing “serious” violations of the law.

The disappearance of the former Interpol chief, Meng Hongwei, during a trip to China last fall drew global attention and highlighted the perils of being on the wrong side of China’s opaque, highly politicized legal system.

The Chinese authorities later said he had been placed under investigation, but the move damaged China’s reputation and raised doubts about President Xi Jinping’s efforts to expand China’s global presence.

Mr. Meng, 65, the first Chinese citizen to lead Interpol, has not been heard from since.

The harsh punishment of Mr. Meng is probably an effort by Mr. Xi, China’s most powerful leader since Mao, to signal that political loyalty is paramount, experts said.

“This shows they’re much more insecure about their own domestic issues than sometimes we think,” said Julian G. Ku, a Hofstra University professor who studies China’s relationship with international law.

The announcement — a rare official update on Mr. Meng since his disappearance in October — came as Mr. Xi was back in Beijing after concluding a visit this week to France, where he met with President Emmanuel Macron.

Mr. Meng’s wife, Grace Meng, had appealed to Mr. Macron in recent days to raise her husband’s case with Mr. Xi and to demand answers about his whereabouts, according to Agence France-Presse.

Since coming to power in 2012, Mr. Xi has led a wide-ranging campaign against corruption and perceived political disloyalty that has ensnared thousands of people, including many high-profile officials.

The party’s anticorruption agency, the Central Commission for Discipline Inspection, said in a statement Wednesday that Mr. Meng had abused his power for personal gain. It said that he “recklessly squandered state capital and property to satisfy his family’s extravagant lifestyle.” The agency accused Mr. Meng of routinely ignoring decisions by top party leaders.

“His family tradition is corrupted,” the statement said. “His view on power is twisted.”

Ms. Meng, the former official’s wife, has said that she has not heard from her husband since late September, when he sent a phone message with an emoji of a knife as he left on a trip to China, which she interpreted as a sign of danger. Ms. Meng is seeking asylum in France.

In the statement on Wednesday, the anticorruption agency also accused Mr. Meng of encouraging his wife to use his power and prestige for personal benefit.

Mr. Meng, a former vice minister of security who was appointed to lead Interpol in 2016, will now probably face a trial on corruption charges.

Jude Blanchette, a political analyst who is a senior adviser and China head at Crumpton Group, said Mr. Xi’s anticorruption drive would very likely become a permanent part of China’s political system. The campaign has given Mr. Xi a way to sideline political enemies while also going after venal officials at all levels of government.