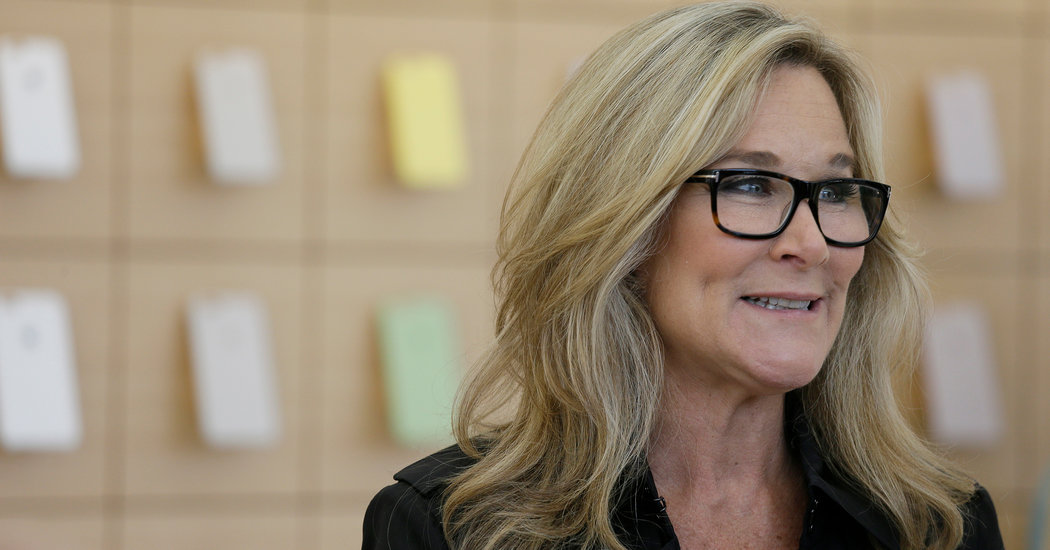 Angela Ahrendts, the former Burberry chief hired by Apple five years ago to oversee its stores, said Tuesday that she will leave the company in April.

The departure is an unusual move for a top executive at Apple, which is facing retail challenges as sales in China have dropped and iPhone sales have turned sluggish.

Ms. Ahrendts, 58, was one of Apple’s most prominent hires when the Silicon Valley company lured her from Burberry with an initial $73 million pay package in 2014. She had spent eight years as Burberry’s chief executive and was credited with expanding it into an international fashion brand.

Over five years, Ms. Ahrendts was among Apple’s highest-paid executives, earning more than $170 million, according to securities filings.

Apple said in a news release that she was leaving “for new personal and professional pursuits.”

One of Ms. Ahrendts’s primary goals was to improve Apple’s online retail operation so it was as admired as its sleek, minimalist stores. She generally succeeded, allowing customers, for example, to order online and pick up items in a store, said Neil Cybart, an independent Apple analyst.

Mr. Cybart said that Apple’s stores remained among the most lucrative in the world by square foot, and that traffic to them had been steady.

“I don’t necessarily see any huge red flags,” he said while discussing the circumstances of Ms. Ahrendts’s exit.

Under Ms. Ahrendts, Apple started offering more public talks, concerts and seminars at its stores in an attempt to draw in customers who weren’t necessarily in the market for a new device.

“It’s funny. We actually don’t call them stores anymore,” Ms. Ahrendts said at an Apple event in 2017. “We call them town squares.” She was later criticized for suggesting that a store with $1,000 products could be a community gathering place.

Ms. Ahrendts said in a statement that “the last five years have been the most stimulating, challenging and fulfilling of my career.”

Deirdre O’Brien, Apple’s human resources chief, will take over management of the retail operation in addition to her current duties, the company said. She has worked for Apple for three decades.

Ms. O’Brien, 52, is a surprising choice as the new retail chief, given her already heavy load handling human resources for more than 100,000 employees. She will add responsibilities that include “strategy, real estate and development, and operations of Apple’s physical stores, Apple’s online store and contact centers,” according to Apple’s website.

Apple was probably willing to give her such a large role to keep retail in the hands of a company veteran, Mr. Cybart said.

Apple operates 506 stores on five continents, about a 25 percent increase since Ms. Ahrendts was hired. Mr. Cybart said Apple had recently increased its focus on adding stores in prominent locations in major cities like Chicago and Milan.

Two Wedbush Securities analysts, Daniel Ives and Strecker Backe, said in a research note that one of Ms. O’Brien’s focuses would be stimulating demand in China, where the retail experience is important.

They said they were encouraged that Apple had chosen Ms. O’Brien over an outside hire, given the company’s recent struggles.

“While the timing of this departure is a head scratcher, change could be a good thing for Apple, as the last year has been nothing to write home about,” they wrote.