Carlos Ghosn, Formerly of Nissan, Is Indicted Over His Pay 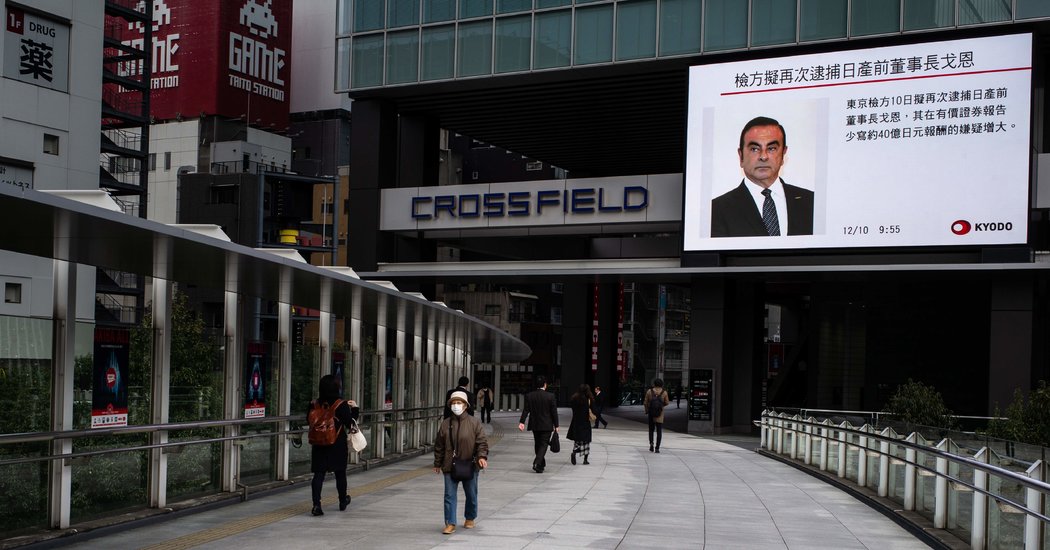 TOKYO — Prosecutors in Japan on Monday indicted Carlos Ghosn, the former chairman of Nissan Motor, and the auto company, accusing them of violating financial laws by underreporting his compensation, according to NHK, the Japanese public broadcaster, and other local news media.

The indictment came three weeks after the Japanese authorities arrested Mr. Ghosn, 64, once one of the auto industry’s best-known and most respected executives. The allegations have shaken an auto empire that includes Nissan and Mitsubishi Motors in Japan and Renault of France.

Nissan has said it had uncovered misconduct by Mr. Ghosn that included underreporting his compensation and using company funds for personal expenses. In a news conference held the night of Mr. Ghosn’s arrest on Nov. 19, Hiroto Saikawa, Nissan’s chief executive, said that Mr. Kelly “has been determined to be the mastermind of this matter, together with Carlos Ghosn.”

Prosecutors in Tokyo have said they are investigating whether Mr. Ghosn hid tens of millions of dollars’ worth of compensation from 2011 to 2015. They have said he understated his true earnings by half, or more than $44 million, in reports to the Japanese financial authorities.

Nissan removed Mr. Ghosn as chairman shortly after his arrest and removed Mr. Kelly as executive director. Mr. Ghosn was also removed from a similar position at Mitsubishi Motors. He remains chairman at Renault, but the French company has appointed Thierry Bolloré, its chief operating officer, to assume Mr. Ghosn’s day-to-day responsibilities.