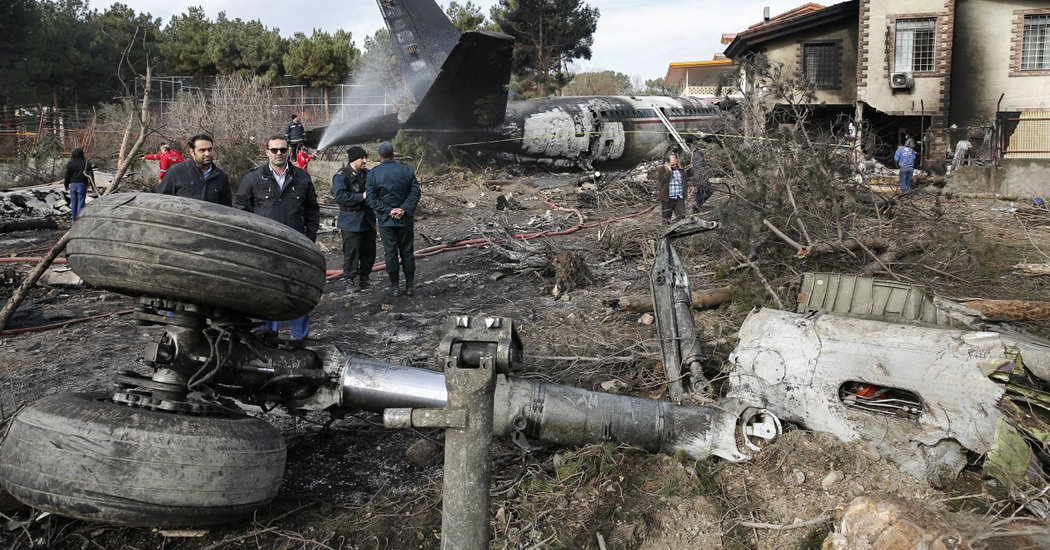 TEHRAN — A 39-year-old cargo plane operated by the Iranian Army crashed into a residential area near the capital, Tehran, on Monday, killing 15 of the people onboard, state news media reported. One crew member survived and was hospitalized.

State television said the plane struck an area neighboring the Fath airfield, northwest of Tehran, and burst into flames. It was not clear whether there were any casualties among people on the ground.

The plane, a Boeing 707 passenger jet outfitted for cargo, was transporting lamb meat to Iran from Kyrgyzstan, the semiofficial news agency Mehr reported.

Iran is one of the last countries to fly the 707, which was produced between 1957 and 1979. Many airplanes in the country are old: United States sanctions prevent the military and civilian carriers in Iran from buying new airplanes, and make it very difficult to obtain parts for those they already have.

American sanctions were eased under the 2015 nuclear agreement, but President Trump reimposed them after he withdrew the United States from the pact last May.

Pictures of the crash site showed the plane’s burned and broken fuselage lying between buildings, its tail section rising from a garden. Images published by the semiofficial Fars news agency showed part of the nose crashed through a wall and into a game room, with a pile of lamb carcasses outside.

State television reported that the plane was attempting to land in the wrong place — a military airfield, rather than its intended destination, Payam Airport about two miles away.

Mehr reported that two representatives of a meat-importing company were aboard the plane in addition to the crew.

Iran has experienced dozens of fatal aviation accidents since the 1979 Islamic revolution. In February 2018, a commercial jet belonging to Iran Asseman, a domestic carrier, crashed in a mountainous region of the country, killing all 66 aboard.