Car Plows Into German Tourists in Italy, Killing 6 and Injuring 11 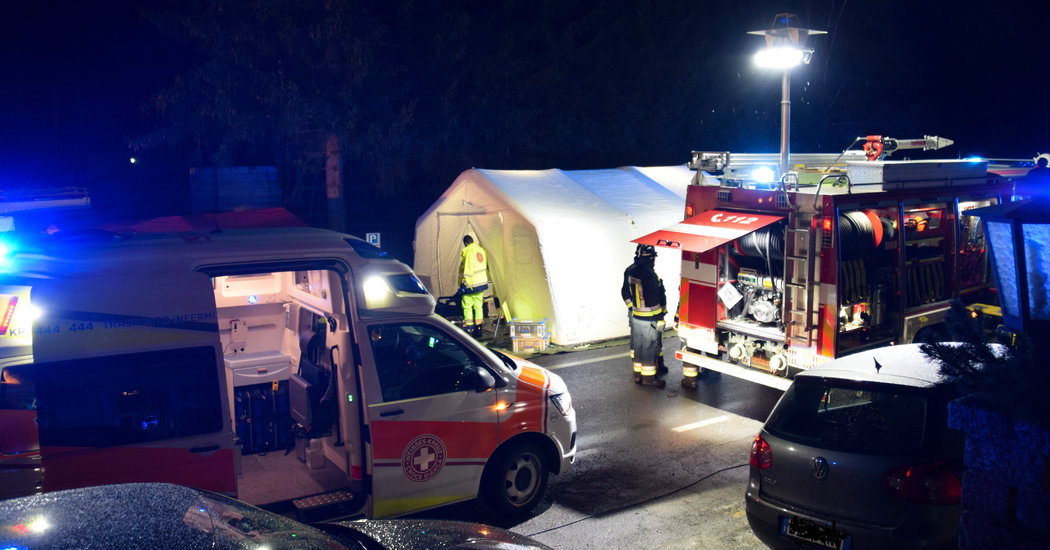 ROME — A car plowed into a group of young German tourists as they crossed a road in northern Italy after getting off a bus to reach their hotels early on Sunday, killing six people and injuring 11 others, four seriously, Italian officials said.

The driver, a 27-year old man from the area, failed a breath-alcohol test at the site, the Italian police said. The man, identified by the police by his initials, SL, was arrested on suspicion of vehicular manslaughter, local reports said.

The crash occurred around 1:15 a.m. in the mountain village of Lutago, a hamlet in the municipality of Valle Aurina in the South Tyrol region, close to the Austrian border, as the Germans were crossing a state road, a spokesman for the military police in the area said.

The spokesman described the facts as “simple in their cruelty.”

Seven others, including a local woman, were being treated at various hospitals for multiple injuries. “There were dozens of ambulances and rescue vehicles, including helicopters, on the scene,” he said.

The driver pulled over after the accident and “didn’t run away,” Lieutenant Coassin said. He was taken to a hospital where other tests could be conducted. The lieutenant said his blood-alcohol content was “considerably higher than the legal limit.”

He declined to identify the make of the car the man had been driving, saying “in these small valleys, every knows who drives certain cars.”

The German Consulate in Milan was assisting local officials to contact the families of the victims, who were “between 19 and 21” of age, he said. He added that some but not all the victims had been identified.

South Tyrol, or Alto Adige — a largely German-speaking autonomous region of northern Italy with ski resorts in the Dolomites mountain range and quaint villages around Bolzano — is popular with German tourists.

The accident occurred on the final long weekend of the Christmas and New Year’s holidays in Italy, which will be capped by Epiphany on Monday.

The region’s president, Arno Kompatscher, said at a news conference that the victims had been part of a group of young Germans in the region on vacation. He said a hotline was set up to provide information to their relatives.

“The year is starting with a tragic accident,” involving six young victims, he told RaiNews24, the state news channel. “Our thoughts go to the victims, their families and friends,” he said.

In April last year, Portugal said 29 German tourists were killed and 28 others injured after a bus plunged off a road on the island of Madeira. The bus, which was carrying 56 people, rolled down a steep hillside after veering off the road on a bend east of the capital, Funchal, and struck at least one house, Portuguese officials said.