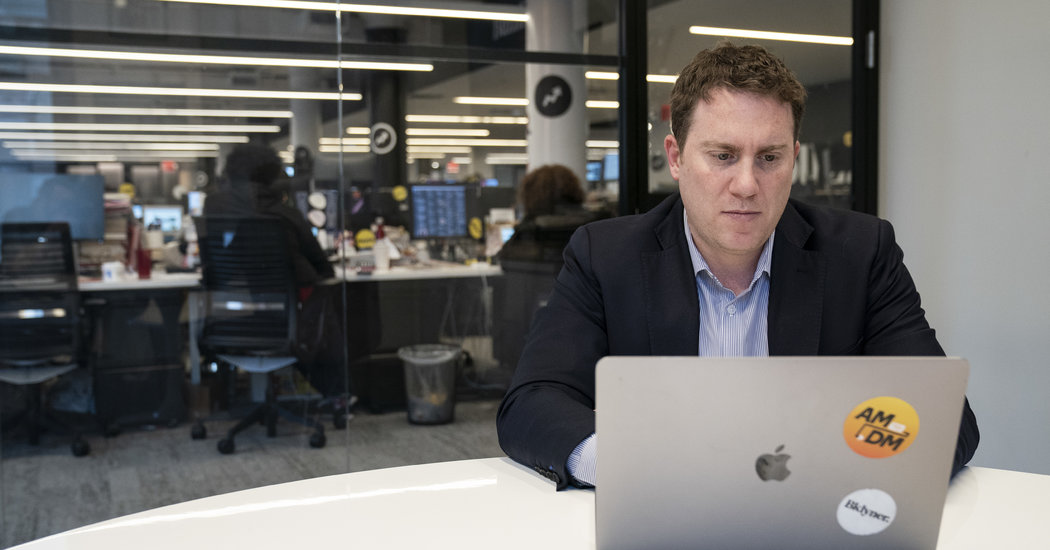 “This is going to be a tough week,” Ben Smith, the editor in chief of BuzzFeed News, wrote in an email to his staff on Wednesday. On Friday, the newsroom learned just how tough, when the company laid off 43 of the roughly 250 journalists who worked in that division, according to a BuzzFeed spokesman.

The cut was the start of a planned 15 percent reduction of the overall work force at BuzzFeed, a company perhaps best known for producing content meant to be shared on social media. The layoffs, which the staff learned about from an email sent by the BuzzFeed founder Jonah Peretti, are expected to continue into next week and affect around 200 employees.

The staff reduction at BuzzFeed News included the seven members of the national desk, the six-person national security team and the two journalists covering health, according to the spokesman. All but two members of the entertainment team were laid off and all but one on the L.B.G.T. desk. There were no cuts to the technology, politics or investigations teams.

“The national desk at @BuzzFeedNews was killed off today,” Tina Sussman, the national editor, wrote on Twitter. “This was my first full-time editing gig, and I nearly didn’t take the job, but despite tday’s gloominess i’m glad I did. It’s been great, and I’m proud to ride out the front door with my team.”

Jessica Testa, a national reporter who was laid off after about seven years at BuzzFeed News, said she felt blindsided. “Our work has always, always been celebrated, internally and by readers,” Ms. Testa said in an email interview. “We’ve changed laws, we’ve won awards, we have great traffic.”

The cuts are meant to lower costs and maintain growth as the company aims to hit profitability this year. BuzzFeed, which employs more than 1,300 people, generated more than $300 million in revenue in 2018, a 15 percent increase from the previous year.

In 2017, the company fell short of its revenue goal of $350 million, with sales coming in at $260 million, according to three people with knowledge of the matter, who spoke on the condition of anonymity to discuss the company’s finances. One hundred people were laid off, and considerations for a public offering were shelved.

In a November interview with The New York Times, Mr. Peretti proffered an audacious solution to deal with the volatile landscape for online content: a series of mergers with five or six top internet publishers, including Vice, Vox Media, Group Nine Media and Refinery 29.

[Read our interview with Mr. Peretti about his plan to make BuzzFeed profitable.]

BuzzFeed had spoken to at least one of these companies, people familiar with the matter said at the time. The staff cuts will help accelerate any plans to merge with another business.

In particular, BuzzFeed has deep ties to Group Nine Media, the digital media company behind Thrillist, Seeker, The Dodo and NowThis. Its chief executive, Benjamin Lerer, has long been friends with Mr. Peretti, and his father, the venture capitalist Kenneth Lerer, is the chairman of BuzzFeed. (The younger Mr. Lerer has stressed that any business deal between the two would not include his father, to avoid conflicts of interest.)

On Thursday, BuzzFeed News employees in New York were told to be in the office on East 18th Street no later than 10 a.m. the next day. Reporters not in New York learned their fates over the phone. Many of those who were dismissed announced their departures on social media.

“I’ve been on vacation for two weeks, and received the news over the phone an hr ago while I stood on a street in Delhi,” Talal Ansari, a reporter, wrote on Twitter. “Now, I write this as I wait to go through airport security. Being laid off from 8k mi away doesn’t make this any easier.”

Marisa Carroll, the deputy national editor, who edited a notable series of articles on accusations of sexual misconduct against the R&B artist R. Kelly, was also laid off. So were John Stanton, who led the Washington bureau for many years before moving to New Orleans to be a national reporter; Cates Holderness, who ignited an internet phenomenon in 2015 with a post that triggered a debate about whether a dress was blue and black or gold and white; and Tyler Kingkade, a national reporter who covered sexual assault and Title IX issues.

Some employees took advantage of an internal Slack messaging channel called AJA, for “Ask Jonah Anything,” to make their displeasure known. In messages reviewed by The Times, one staff member asked if employees could bring dogs to work on Monday, to alleviate stress. After Mr. Peretti chimed in, saying it was a “good idea,” another staff member wrote, “Dogs won’t save us from this hell.”

The international bureaus will also be affected by the cutback. The Spain office has been shut down. Last week, Janine Gibson, a longtime editor at The Guardian who was the editor in chief of BuzzFeed UK, left the publication.

In the days leading up to the layoffs, BuzzFeed News came under scrutiny after publishing an article reporting that President Trump had instructed his former lawyer Michael D. Cohen to lie in his testimony to Congress. In a rare public statement, the special counsel’s office denied the report. Mr. Smith has said he stands by the article.

The layoffs at BuzzFeed capped off a gutting week for news operations. On Thursday, HuffPost’s parent company, Verizon Media Group, announced a 7 percent cut in its media divisions, which equals about 800 positions. Gannett cut jobs at papers across the country, including The Indianapolis Star, The Tennessean in Nashville and The Record in North Jersey.

By midafternoon on Friday, Mr. Smith had told the staff in an email that managers had spoken with all employees in the United States news division whom the company had decided to let go.

“We can talk Tuesday about what’s next, and how to emerge from this a strong, focused newsroom,” he continued. “I’m confident that we’ll continue to do distinctive work on the biggest stories, and punch above our weight.”