British Airways Flight to Germany Lands in Scotland by Mistake 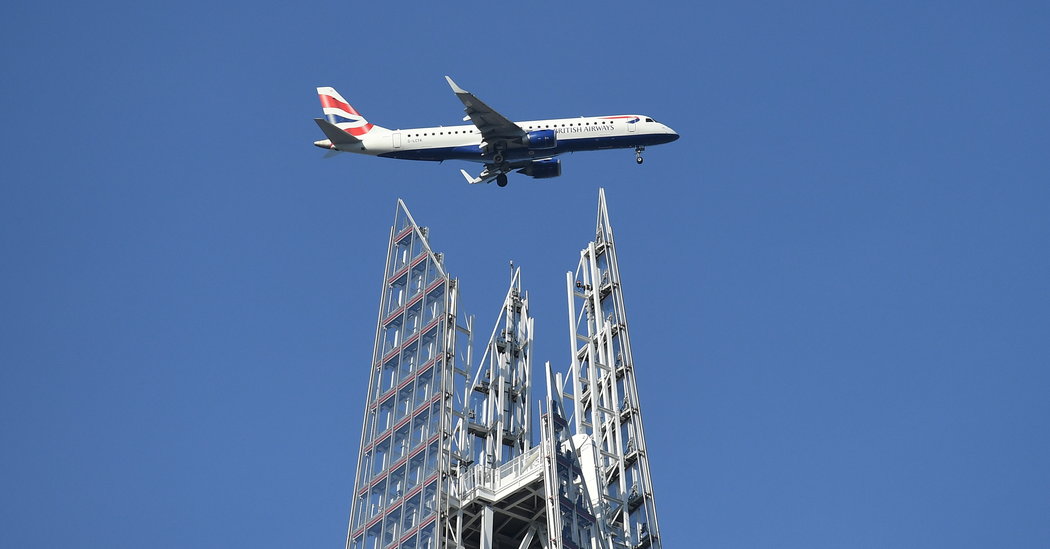 LONDON — Passengers on a British Airways flight from London to Düsseldorf, Germany, were left bewildered on Monday when their plane landed in Scotland by mistake.

A blunder with paperwork seems to have been the problem: British Airways said a German company that had chartered the plane, WDL Aviation, had submitted the wrong route to air traffic controllers.

“We are working with WDL Aviation, who operated this flight on behalf of British Airways, to establish why the incorrect flight plan was filed,” British Airways said in a statement.

The flight, BA3271, which took off from London City Airport, did not seem to have been in any danger; because of the incorrect paperwork, the crew — including the pilot — and air traffic controllers had all apparently believed that Edinburgh was the plane’s intended destination.

That came as small comfort to the passengers when flight attendants informed them that they had landed in the Scottish capital, about 520 miles from their intended destination.

“British Airways, can you please explain how can my morning flight taking off from LCY to Düsseldorf land in Edinburgh?” one passenger, Son Tran, wrote on Twitter, using the airport code for London City Airport.

Mr. Tran, who was going to Düsseldorf on business, said that none of the passengers had seemed aware of the destination mix-up.

“While an interesting concept, I don’t think anyone on board has signed up for this mystery travel lottery,” he added in his post.

British Airways said, “We have apologized to customers for this interruption to their journey and will be contacting them all individually.”

London City Airport also apologized, saying on Twitter, “As pleasant as Edinburgh is this time of year, we’re sorry that passengers traveling to Düsseldorf on BA3271, operated by WDL Aviation, initially landed in the Scottish capital.”

In an emailed statement, WDL Aviation said it was “working closely with the authorities to investigate how the obviously unfortunate mix-up of flight schedules could occur.”

While in Scotland, the plane refueled, and WDL Aviation said it took off again “after the involuntary stopover in Edinburgh.” The flight did eventually reach Düsseldorf — less than three hours late.