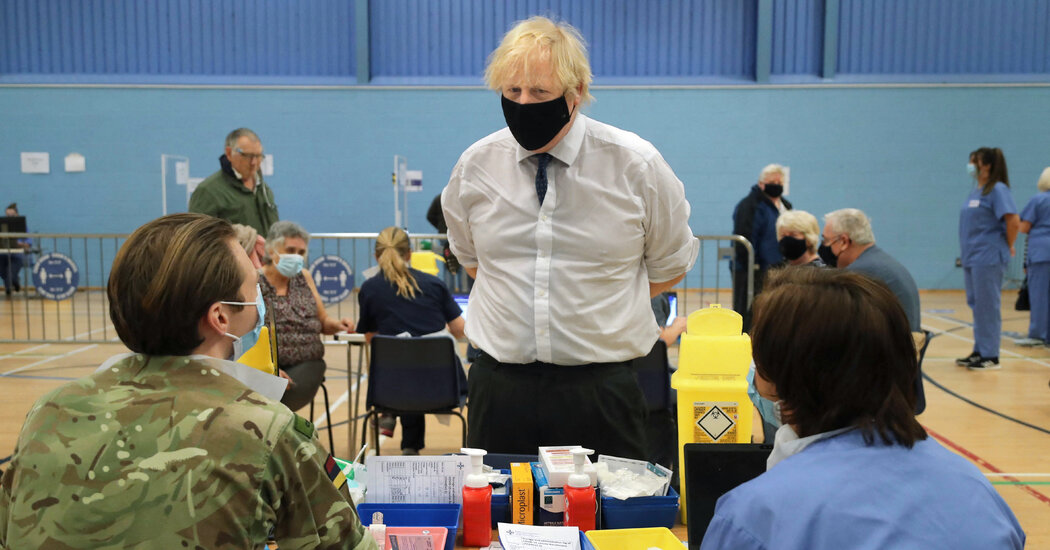 Mr. Johnson, however, appears determined to avoid a repeat of his messy reopening of the economy last May after the first phase of the pandemic.

Then, the government’s message was muddled — workers were urged to go back to their offices but avoid using public transportation — and some initiatives, like subsidizing restaurant meals to bolster the hospitality industry, looked reckless in hindsight.

Under Mr. Johnson’s plan, the current coronavirus restrictions would be lifted in four steps, with a gap of five weeks between steps. That way, the government would have four weeks to analyze the impact of each relaxation and another week’s notice of the changes to the public and businesses.

All the moves would be made throughout England, with no return to the regional differences in rules that applied last year, depending on local infection rates. The government warned that the dates specified are the earliest at which the restrictions would be lifted, and that the steps may happen later.

When students go back to school, they will be regularly tested for the virus while older pupils will be required to wear face masks. Those living in nursing homes will be allowed one regular visitor, but few other restrictions will be lifted.

Starting on March 29, up to six people would be allowed to meet outdoors, including in gardens. Outdoor sports will be permitted and though people will be urged to stay in their areas, they will not be urged to remain in their homes.

Then, no earlier than April 12, retail shops will reopen, along with hairdressers, beauty salons, gyms, museums, and libraries, while people will be able to eat and drink outside in pub and restaurant gardens in small groups.