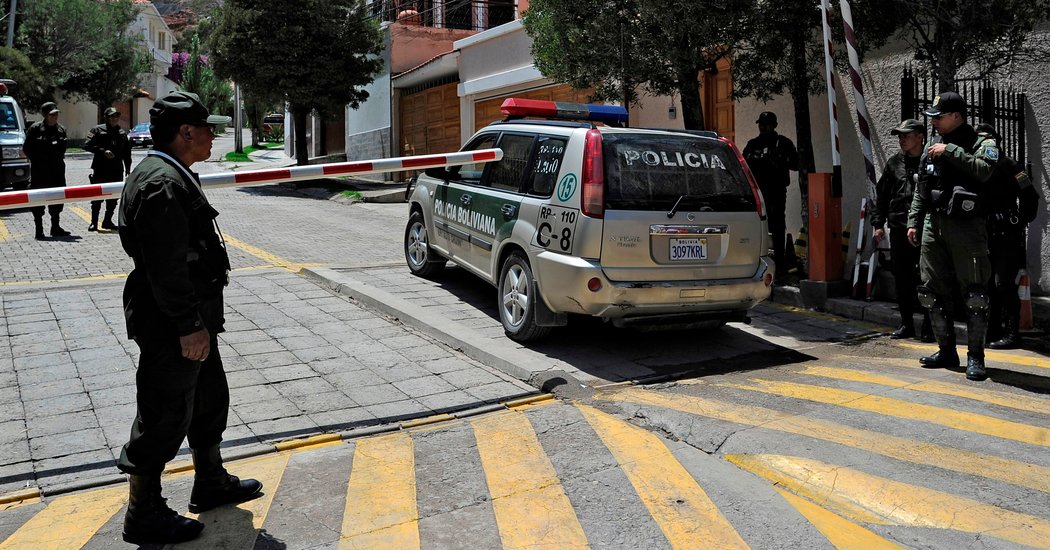 “This group of representatives of the governments of Mexico and Spain have gravely damaged the sovereignty and dignity of the people and the government” of Bolivia, Ms. Añez said Monday at a news conference.

The surprise expulsions by Bolivia were the latest and most drastic step taken by Ms. Añez to reshape foreign and domestic policy since succeeding Mr. Morales in November. Mr. Morales fled to Mexico last month, after stepping down under pressure from street protesters and the military. He later traveled to Argentina.

Since assuming the presidency, Ms. Añez has kicked out hundreds of Cuban workers, halted formal recognition of Nicolás Maduro as Venezuela’s president, begun a legal crusade against top officials under Mr. Morales and brought religious symbols back into the ceremonies of the explicitly secular state.

Her critics say these measures go well beyond her self-professed mission as a caretaker to oversee new elections early next year.

Ms. Añez’s shake-up of diplomatic ties could have lasting political and economic consequences for the next president. Of particular concern would be any political fallout with Spain, a significant investment partner whose government helped broker Ms. Añez’s ascension.

“Frankly, there’s very little for Bolivia to gain from this over the long term,” said Filipe Carvalho, a Washington-based risk analyst with the Eurasia Group, a consultancy firm. “These measures are counterproductive.”

Ms. Añez’s diplomatic saber-rattling instead serves a short-term political goal, he said: mobilizing Mr. Morales’s staunch opponents ahead of elections. “This is a very polarized country, and some here really want to get back at the people who held power for 14 years” under Mr. Morales, Mr. Carvalho said.

The recent diplomatic tensions have centered around 10 officials from Mr. Morales’s inner circle who sought asylum in the Mexican diplomatic premises in La Paz after the former president fled into exile. The caretaker government has accused three of them of sedition and electoral fraud and issued warrants for their arrests.

The tensions exploded into the open last week after the Spanish government unexpectedly became involved. On Friday, two Spanish diplomatic cars, driven by masked security officers, tried to enter the Mexican ambassador’s residence in La Paz, fueling suspicions that Spain was trying to quietly intervene in the standoff.

In an attempt to diffuse the spat, the Spanish government sent a commission to investigate the episode, without explaining why its officials had covered their faces and refused to identify themselves to the Bolivian police.

Some local residents and politicians were outraged, accusing Spain, a former colonial power, of disrespect and arrogance.

“The times of Pizarro and Cortés are over,” said Jorge Quiroga, a former president of Bolivia who is a prominent commentator. “By these actions, they have thrown away decades of work they spent improving their image in the country.”