Bits: The Week in Tech: Business Is Booming Despite Backlash 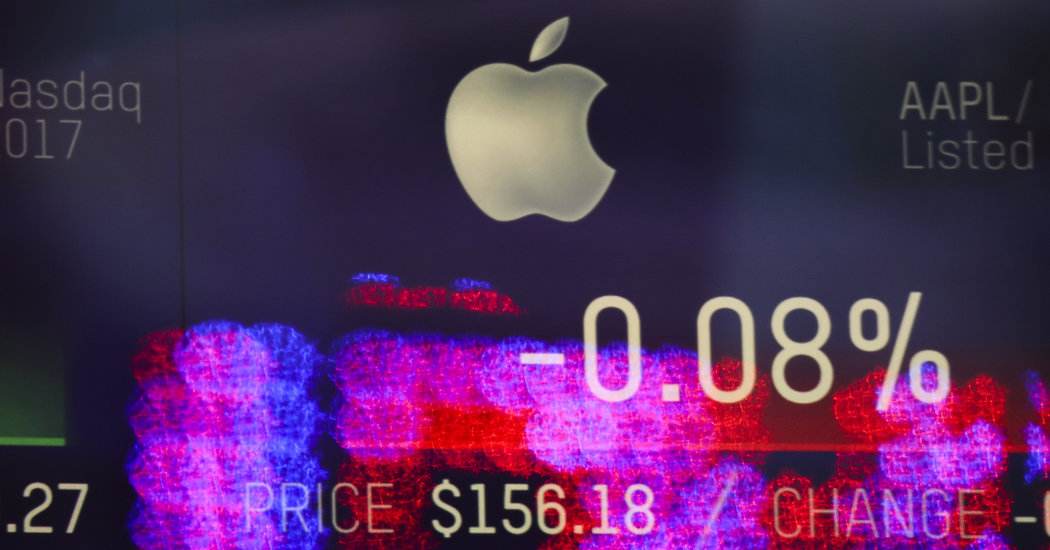 Each week, technology reporters and columnists from The New York Times review the week’s news, offering analysis and maybe a joke or two about the most important developments in the tech industry. Want this newsletter in your inbox? Sign up here.

Hello, friends. I’m Kate Conger, a tech reporter in The Times’s San Francisco bureau. It has been another earnings news week, which means we’re learning exactly how much money the local tech companies earned in 2018.

The news might not surprise you: Everyone in Silicon Valley is still raking in cash. Apple is the country’s most valuable public company again, after briefly losing the title to Amazon. Facebook has shattered its own considerable records for profit and revenue, despite increasing scrutiny of its business practices.

And a flock of companies is set to join the tech giants in the public market. Slack, the workplace chat app that I compulsively check throughout my day, has filed for its initial public offering. It’s now in line behind Uber and Lyft for a 2019 debut on Wall Street. Airbnb and Pinterest are likely to follow, bringing a fresh wave of money to one of the most expensive regions in the United States.

New wealth and tech is nothing new, of course. But it is notable that tech companies have done so well in a difficult year for the industry.

In Europe, antitrust worries are on the rise. In 2017, Google paid what was a record fine of $2.7 billion. Last year, Google was fined again, this time for $5.1 billion.

Just this past week, Germany announced that it would crack down on the way Facebook collects and combines data on its users as they browse the web. British doctors recommended that parents limit their children’s exposure to screens and social media, while my co-worker Brian X. Chen wrote about “bait apps” that trick kids into spending money online.

The tech industry’s honeymoon with the rest of the world seems to be over. Except when it comes to making money.

Snapchat and Twitter, two social media services that seemed to be struggling just months ago, posted better-than-anticipated earnings this past week. Google, which is facing down employee protests and regulatory scrutiny in the United States and Europe, posted a 22 percent increase in revenue.

Our Google beat reporter, Daisuke Wakabayashi, wrote why it’s possible for tech firms to continue earning record profits even as the public’s perception of them sours. Google, he said, is the “internet’s ultimate beachfront property.” If you want to swim in the ocean, you need to walk across Google’s private beach first.

Even if you don’t like the way a tech company behaves, boycotting may be an impossible challenge.

I’ve been fascinated by Kashmir Hill’s series at Gizmodo about her struggles to extricate herself from the so-called Big Five: Google, Amazon, Microsoft, Apple and Facebook. She recounted all the missed texts and wrong turns she made as she tried to get through her day without the technology that I take for granted. The series is a warning about the uphill battle we’d all face if we decided to limit our collective tech addiction.

And as long as it remains difficult to quit, tech’s profits will continue to soar.

■ Newsrooms are increasingly relying on artificial intelligence to churn out quick news pieces about earthquakes, sports scores and — of course — earnings. “Robot reporters” are on the rise at Bloomberg, The Washington Post and other publications. Here at The Times, our A.I. experimentation has been limited to newsletter personalization, Jaclyn Peiser reports. Maybe someday soon, a robot reporter will be picking these stories to share with you.

■ Did you know the North Pole could move? I learned that the magnetic north pole is heading toward Siberia at a surprising pace, thanks to a fascinating report from Shannon Hall. The pole, which I’d always assumed was a fixed point, is on the move thanks to the “sloshing” of liquid iron in the outer core of the Earth, and we have to continually track it so that navigation systems remain reliable. But we’re a bit behind because of the government shutdown.

■ Instacart revised its tipping policy this past week after backlash from the delivery people who pick up items for shoppers and deliver them to their doorsteps. Late last year, Instacart started counting tips against payments to its delivery people, essentially stripping them of their tips.

“It’s offensive, it’s unethical, and in this climate it’s a very dumb thing to do,” one Instacart courier told Kevin Roose. Now, Instacart has reversed course and will include tips on top of the delivery fee it pays its shoppers.

■ Even though Facebook is banned in China, the company found a way to generate an estimated $5 billion from the country, Paul Mozur and Lin Qiqing report. To tap the market, Facebook has created what sounds like an Ikea floor model that allows interested advertisers to familiarize themselves with the platform while it remains hidden behind China’s Great Firewall.

Kate Conger is based in San Francisco and writes about the technology industry. Follow her on Twitter: @kateconger.