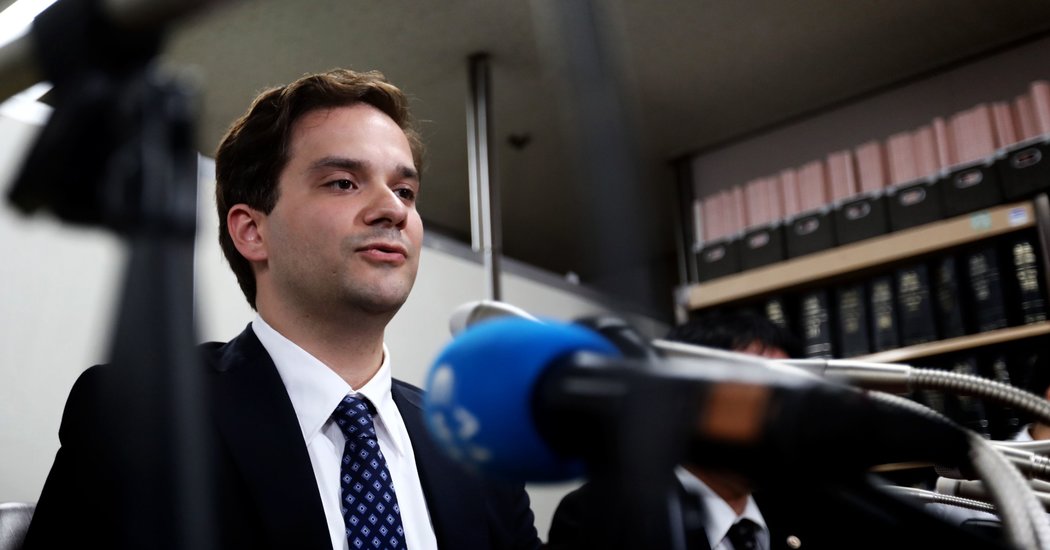 TOKYO — A Tokyo court handed down a two-and-a-half-year prison sentence on Monday to the former head of Mt. Gox, a cryptocurrency exchange that helped establish Bitcoin as a household name before spectacularly imploding amid allegations of mismanagement.

Still, Mark Karpelès, the French national who presided over Mt. Gox’s rise to become the world’s largest Bitcoin exchange, will not serve additional time if he remains on good behavior.

The verdict ended a more-than-five-year ordeal for Mr. Karpelès, who was found guilty on a charge of falsifying data but innocent of two additional charges of embezzlement and breach of trust. He was arrested in August 2015 and held for almost a year in detention, where he spent months under interrogation by prosecutors who upped the pressure by adding additional charges against him.

His sentence was suspended for four years, effectively meaning he will serve no additional jail time as long as he remains on good behavior.

Critics of Japanese justice said that Mr. Karpelès’s experience presented a case study in the system’s faults. Prosecutors first enlisted Mr. Karpelès to assist in investigating Mt. Gox’s loss of 850,000 Bitcoins, then valued at around half a billion dollars. Before long, their suspicions shifted to Mr. Karpelès himself. Mr. Karpelès apologized for “weaknesses in the system” but denied that he had taken any of his clients’ assets.

His long detention is a common tactic in Japan, where nearly 99 out of 100 indictments end in conviction — an outcome sometimes obtained through convictions made under duress. In 2017, 88 percent of those who went to trial confessed, according to data maintained by Japan’s Supreme Court.

That pattern has come under increased scrutiny following the arrest of Carlos Ghosn, then the chairman of Nissan, in November; he was held in jail and interviewed continually by prosecutors until earlier this month, when he was granted bail.

Mt. Gox started its life as a trading platform for the collectible card game Magic the Gathering before transitioning to cryptocurrency. Mr. Karpelès purchased the company from its founder in 2011.

Business exploded after the site was mentioned in an article explaining how to use Bitcoin to purchase goods on Silk Road, a sort of eBay for black market goods, especially illegal drugs. At its height, nearly 70 percent of all Bitcoin transactions were said to flow through Mt. Gox’s servers.

But the company had difficulty handling the demand. Plagued by technical and legal troubles, it declared bankruptcy in early 2014, after it was revealed to have lost track of more than 850,000 Bitcoins.

Mr. Karpelès maintained his innocence throughout. And almost two years ago, prosecutors in the United States implicated someone else in the disappearance.

In July 2017, American prosecutors indicted Alexander Vinnik, a Russian national who they say received and laundered hacked funds from the company. He was arrested in Greece, where he has become the subject of an extradition battle among the United States, Russia and France. Mr. Vinnik’s lawyer has denied the charges against him.

That indictment, Mr. Karpelès’s lawyer argued, helped established the innocence of his own client, who he said had worked to right the failed company.

The judgment has closed one chapter in Mr. Karpelès story, but the fate of Mt. Gox remains open. The company still controls substantial cryptocurrency assets, though many claims against it remain outstanding, according to the trustee.