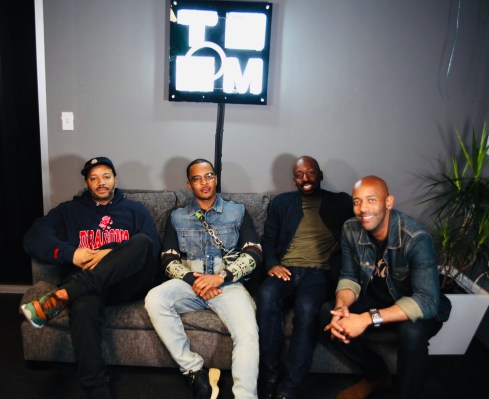 Launched by the music and cultural impresario with more hustle than hustle and his business partner Jason Geter, the new collaborative investment strategy focused on tech startups will allow high-net-worth individuals to participate in deals.

The strategy has evolved since Geter and Harris made their first investment 12 years ago into a company called Streetcred.com, a site that allowed fans to go online and share opinions about street culture. While that first deal didn’t work out, Geter and Harris both remained interested in the technology and startup scene and saw a new opportunity to leverage their networks and promote new businesses.

“We learned a lot,” says Harris. “Now we know where our demographic is.”

For Geter, that demographic is taking advantage of Atlanta’s surging position as a cultural and technological mecca in the United States. Indeed, Atlanta-area startups raised roughly $1.15 billion in 2018, a record for the region, according to data from PitchBook and the National Venture Capital Association.

“Being in the city of Atlanta and with Georgia Tech producing so much talent, and coming from us being within the hip-hop culture, which is always influencing and promoting things, we saw an opportunity,” says Geter. “In the past, we were always looking through the glass window and looking at ways we can participate earlier. And that’s by coming together to pool our resources so we can invest more.”

Harris and Geter aren’t the first hip-hop entrepreneurs to branch out into tech investment.

Calvin Broadus Jr. (better known as Snoop Dogg) closed a $45 million investment fund last year; Sean Carter, or “Jay-Z” launched Marcy Venture Partners; the Chamillionaire, Hakeem Seriki, is an entrepreneur in residence at the LA-based firm Upfront Ventures and has his own app; and Nas, who founded Queensbridge Venture Partners, recently saw an exit when one of his companies, PillPack, was sold to Amazon for around $750 million.

“We are a group of guys and girls who’ve been doing business together over time. While we’ve been doing just fine on our own we thought that if we surround ourselves with like-minded individuals and pool our resources together we could do much more together than on our own,” says Harris.

Investors and entrepreneurs should think of Tech Cypha as an open-ended investment syndicate — like a rap version of SV Angels out of Silicon Valley.

“It’s people around our constituency who wake up knowing that there is dealing to be done,” says Geter.

While the Culture Genesis crew out of Los Angeles may seem slightly out of the Atlanta-based wheelhouse for Tech Cypha, the company’s co-founder Cedric Rogers spent a lot of time in Atlanta.

“I lived in Atlanta for many years and [Geter] and I have grown a relationship over seven years,” says Rogers. “I’m excited to work with these guys.”

For Harris, the opposite of moderate, immaculately polished with the spirit of a hustler and the swagger of a college kid, the investment into Culture Genesis is indicative of the type of deal that the syndicate will make. It’s got a media component, it’s leveraging new technology and it taps into the incredibly tech-forward community that comprises the rising middle class audience of urban (for lack of a better word) consumers.

Now the only question is whether Harris and Geter can find out what’s up and what’s happening next.