As Coronavirus Testing Increases, Some Labs Fear a Shortage of Other Supplies 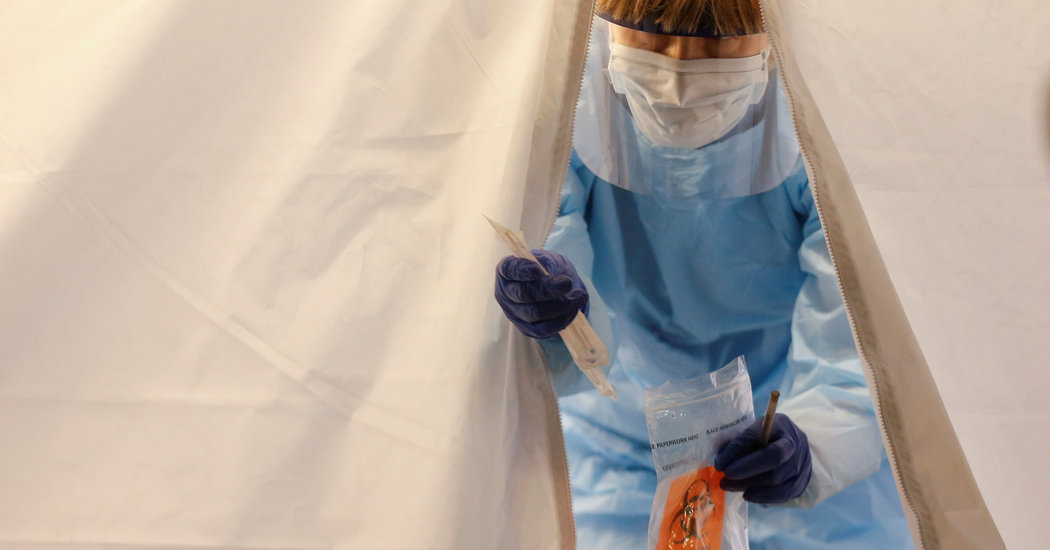 Laboratories around the country are now facing potential shortages of key materials and chemicals needed to run tests for the novel coronavirus, as cases spread to more than two-thirds of the states and the global pandemic strains testing resources even further.

Some lab directors say they are already beginning to run low of the supplies needed to extract RNA from nasal swabs, a crucial initial step that is separate from the millions of test kits that the federal government has promised to ship to every state. Others say they are weighing whether to borrow some materials from other research labs that aren’t involved in creating or running coronavirus tests.

And some lab directors are worried about the future availability of the reagents, or chemical ingredients, used in the tests themselves. Several labs have also said that they have had trouble getting virus samples that are needed to validate the tests to make sure they are properly identifying positive samples.

Public health officials and health care providers have clamored to get enough tests following a botched rollout of testing kits by the Centers for Disease Control and Prevention — and a delay by the Food and Drug Administration in allowing independent labs to develop their own test — that led to weeks of delays in detecting the spread of the virus in the country.

“The lack of testing in the United States is a debacle,” said Dr. Marc Lipsitch, a professor of epidemiology at the Harvard T.H. Chan School of Public Health. “We’re supposed to be the best biomedical powerhouse in the world and we’re unable to do something almost every other country is doing on an orders of magnitude bigger scale.”

Today, public health labs in every state say they are running the tests, and academic and commercial labs have been scrambling to increase their capacities to check for the virus.

But Washington, New York and California are leading states with hundreds of cases, as officials warned again on Wednesday that the numbers will continue to rise.

People are also reporting that they still can’t get tested, in some cases because doctors and hospitals are evaluating patients based on their symptoms and whether those are indicative of the virus or regular flu.

The RNA extraction kits “are usually things we wouldn’t ever even wonder if they were running out, because they’re always around,” said Michael Mina, an assistant professor of epidemiology at the Harvard T.H. Chan School of Public Health. “But in this case, because everyone in the world is trying to extract RNA right now, they seem to be low.”

At the University of California, Los Angeles, the chief of the microbiology section of the medical center’s clinical lab was so concerned about his supply of RNA extraction kits made by the company Qiagen that he recently sent an email to colleagues at the university’s research labs asking if they had any. “While our investigators were eager to help, none were using the kit in their labs,” said Elaine Schmidt, a spokeswoman for the medical center.

Eric Blank, the chief program officer at the Association of Public Health Laboratories, said his group has also been hearing about back orders of the extraction kits and other supplies. Now that independent labs are able to run their own tests, “it is increasing at a very rapid pace,” Mr. Blank said. “It just depends on how rapidly the manufacturers of some of these other ancillary materials needed to run the tests can ramp up their production.”

Qiagen, a major manufacturer of the RNA extraction kits, said in a statement this week that because of the coronavirus outbreak, demand is “challenging our capacity to supply certain products” and that it was increasing production in sites in Germany, Spain and Maryland.

Roche, another supplier of lab materials and equipment, said in a statement: “Our manufacturing network has robust business continuity plans for dealing with the impact of a potential health crisis and is actively assessing and monitoring this evolving health situation.”

The F.D.A. and C.D.C. have also said they are watching for potential shortages. The F.D.A. said this week it was “monitoring this issue and has heard from some manufacturers with questions about alternative reagents, extraction methods and platforms.” It said it was offering guidance to labs and updates on the issue on its website.

But the extraction kits are not the only supply item with uncertain availability. The American Society for Microbiologists said Tuesday that it was “deeply concerned” about a potential shortage of the reagents needed to conduct the tests as well as other materials. “Increased demand for testing has the potential to exhaust supplies needed to perform the testing itself,” the society said.

On Monday, the C.D.C. revised its guidelines to allow for the collection of one specimen swab instead of the previously required two, a move that the society said would cut the required amount of testing reagents in half.

Dr. Robert Redfield, the director of the C.D.C., told Politico on Tuesday that the agency was keeping an eye on the supply of materials needed to do the tests. But, when asked how the agency would deal with a shortage of RNA extraction kits, he said: “I don’t know the answer to that question.”

Labs have also said they have had a difficult time getting so-called positive controls, or samples of the virus to ensure the tests are working properly.

“We have requested these from a couple of vendors, but it has taken some time to get registered to have the controls shipped,” said Dr. Jim Dunn, the director of medical microbiology and virology at Texas Children’s Hospital in Houston, which is now running its own test for coronavirus for the hospital’s patients.