An American Disappeared in Syria 2 Years Ago. His Family Wants Trump to Help. 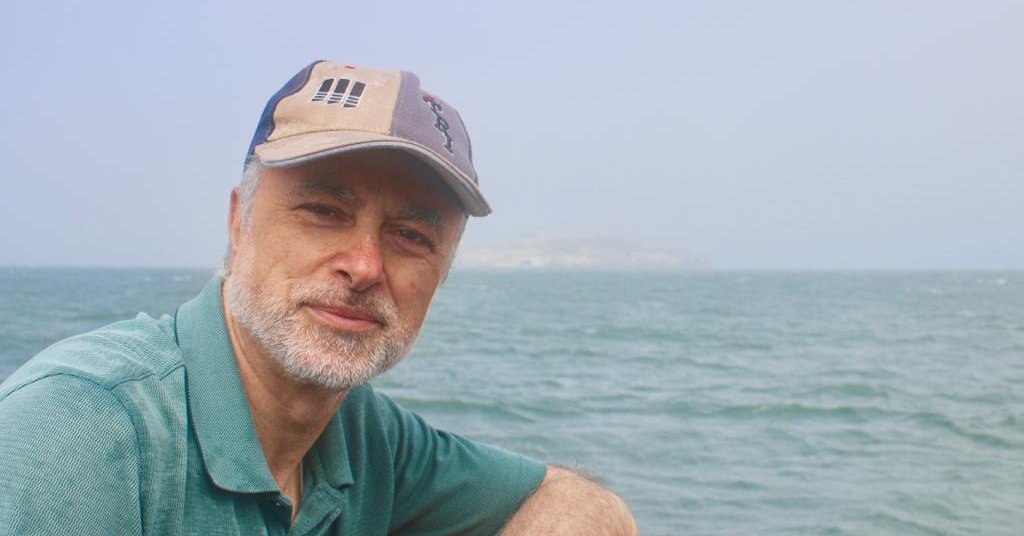 BEIRUT — Since disappearing in Syria nearly two years ago, an American therapist has missed the birth of one grandchild, then another.

His family in the United States does not know where he is, who is holding him, whether he has the diabetes medication he needs or even whether he is still alive. They have not spoken to him since he told them he was making a quick trip to Damascus from Lebanon to visit relatives in February 2017, packing little more than pajamas in his overnight bag.

Majd Kamalmaz, now 61, had been in Damascus for less than a day when he was stopped at a government checkpoint, according to the taxi driver who had been driving him around the Syrian capital. That was the last time anyone has heard from him.

Like some other Westerners with relatives who have been detained or held hostage over the course of Syria’s long and bloody civil war, Mr. Kamalmaz’s family chose at first not to speak publicly about his disappearance as they tried to push for his release.

But the F.B.I. and the State Department, which had advised them to keep the case quiet, have made little progress in finding him, and Mr. Kamalmaz’s family now wants to promote the case, hoping to catch President Trump’s ear and encourage him to put the weight of his office behind efforts to free Mr. Kamalmaz.

Mr. Trump has made freeing Americans held overseas a personal priority, and his administration has helped secure the release of a several prisoners and hostages, including Aya Hijazi, an Egyptian-American aid worker held in Cairo; Joshua Holt, a Mormon missionary who was jailed in Venezuela; and Andrew Brunson, an American pastor who was held in a Turkish prison for two years.

“Isn’t the president of the United States one of the most powerful people in the world? We believe he can do it,” said Maryam Kamalmaz, one of Mr. Kamalmaz’s five children, in an interview. “Hopefully, President Trump can look through our ancestry and realize that we are American, we’re American citizens, my father is an American, and he needs to be brought home.”

But negotiating the freedom of Mr. Kamalmaz poses significant challenges.

The United States cut diplomatic relations with Syria after the outbreak of the war, which has killed hundreds of thousands of Syrians and displaced an even larger number of refugees. Washington’s only semiofficial channel to the Syrian government in such matters is the Czech Republic’s ambassador in Damascus, who acts as a diplomatic go-between. The United States has also treated President Bashar al-Assad as an international pariah, accusing his government of atrocities and calling for him to step down.

Besides Mr. Kamalmaz, a small number of other Americans are being held in Syria, though the identity of only one is known publicly: Austin Tice, a freelance journalist detained at a checkpoint outside Damascus in 2012, whose parents have also pleaded for Mr. Trump’s intervention.

Mr. Kamalmaz was born in Syria but immigrated to the United States when he was 6, in the early 1960s, after his father got a job with an aircraft manufacturer in Southern California.

On his visit to Damascus to visit family members, he was stopped at a checkpoint run by the government of Mr. Assad, who has gradually consolidated control over a country gutted by more than seven years of civil war.

Why the Syrian government would have wanted to detain Mr. Kamalmaz is unknown to his family. His family said he was apolitical when it came to the war.

A longtime clinical psychologist in Virginia and Texas, Mr. Kamalmaz had traveled the world as a one-man mental health clinic, offering free trauma therapy to survivors of Hurricane Katrina, the 2004 Indonesian tsunami and the war in Kosovo.

He had come to the Middle East to do the same for refugees from the country of his birth, seeing and treating Syrians from both sides of the conflict at clinics he had opened in neighboring Lebanon.

“He was committed to helping all people — it didn’t matter which side they were on,” Ms. Kamalmaz said. “I think he felt a calling to go help the Syrian people as much as possible,” she added, “because it did hold a dear place in his heart.”

Still, his family said, Mr. Kamalmaz, whose home is in Dallas, had grown up in the United States and considered himself American through and through.

“He’s always said, ‘We are American, we have to give back to this society, because as Americans you love your country and you do what you can for your country,’” Ms. Kamalmaz said.

Mr. Kamalmaz had decided to visit Damascus because his wife’s father still lives there, his family said. A dual citizen, he had contacted the Syrian government in advance to make sure he was not wanted or blacklisted in Syria for any reason, his family said, and the government’s response was that he was cleared to visit.

He had other reasons not to fear the trip: In recent years, with the anti-Assad rebellion faltering, regular travel between Lebanon and Syria had resumed, and Damascus has been considered safe to visit for some time.

Soon after his disappearance, the Syrian government initially told the Czech ambassador that Mr. Kamalmaz was being held by the government, which he told the family. Next they heard from friends and family in Damascus that he was being held in the Syrian capital’s Mezzeh military base, a place where prisoners were known to face torture and execution.

The Syrian government then told the Czech ambassador that it did not have Mr. Kamalmaz. Since then, there has been no further word from the government.

Occasionally, the Kamalmaz family would get a shred of information from friends or family in Damascus. Threadbare as it was, it was still more than they were learning from American officials, who, while polite, were making no headway, the family said.

A spokeswoman for the State Department said on Sunday that the government was in regular contact with the Kamalmaz family, but declined to comment further.

Knowing nothing about his condition is the hardest part, according to Ms. Kamalmaz, who said her father loved spending time with his 13 grandchildren.

“We haven’t heard his voice. We haven’t seen a picture of him,” she said. “We don’t know how he’s doing.”