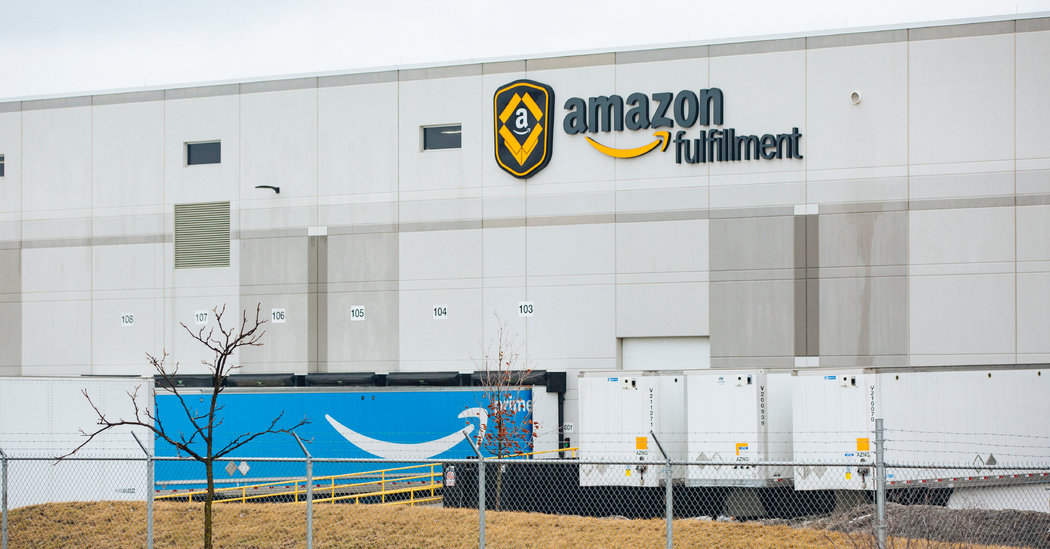 SEATTLE — Amazon grew into a giant by selling everything under the sun. Its strongest growth lately has been in the cloud.

Most of Amazon’s revenue still comes from sales on its website, but an outsize chunk of its profit is from other services, including cloud computing and advertising.

“That’s a big deal — they have basically pivoted their business and transformed themselves,” said Sucharita Kodali, an analyst at Forrester Research. “They are a conglomerate.”

Under the headline results, there was a complicated mix. Amazon’s core retail business is not growing as fast as it used to, though it has become more profitable. Higher-margin units are growing far faster. For example, cloud computing services provide more operating income than Amazon’s retail business.

While its cloud business mints cash, Amazon plans to spend $800 million in the second quarter to bolster its retail business. In a call with investment analysts, Brian Olsavsky, the chief financial officer, said Amazon was investing heavily to make Prime shipping faster.

“This is all about the core free two-day offer evolving into a free one-day offer,” he said.

Amazon shares closed the day barely up, at $1,902.25, and were up about 1 percent in aftermarket trading.

[Get the Bits newsletter for the latest from Silicon Valley and the technology industry.]

Retail growth is easing. This quarter last year, Amazon sold 22 percent more units than a year earlier, but in the most recent quarter the number fell to 10 percent.

“That means they are maturing or facing greater competition from somebody else, like Walmart,” said Mark Mahaney, an analyst with the investment bank RBC Capital Markets.

Persuading people to pay $119 a year for Prime membership has been crucial to prompting people to shop more on Amazon. This is why it keeps adding Prime benefits, like streaming TV and discounts at Whole Foods — and, soon, more free one-day shipping.

“We think that will open up a lot of potential purchases and convenience to those customers,” Mr. Olsavsky said.

But membership growth has been slowing.

About two years ago, three-quarters of people who had free Prime trials would sign up for paid memberships, but now fewer than two-thirds do so, according to Consumer Intelligence Research Partners, which surveys users for brands and investors.

While customers without a Prime membership have annually spent about $600 on the site the last several years, the amount that Prime members spend has increased each year by about $100, up to an average of roughly $1,400 in 2018, according to the research firm.

“Non-Prime customers have little incentive to shop more — when they do, they just become Prime members,” said Michael Levin, a partner at the research firm.

Amazon has also reported slower growth internationally. In countries like Germany and Britain, there are fewer Prime subscribers and fewer products eligible for free, fast shipping with Prime, said John Blackledge, an analyst at the investment bank Cowen.

Amazon has also struggled in developing economies. This month, it said it would close its domestic Chinese online business after years of gaining little traction with consumers, and it has faced logistical and regulatory roadblocks in India, where it has invested heavily.

The retail site is becoming more profitable. Amazon has squeezed more revenue and cut costs from its retail business. For years, it has been shifting its online store to offer items sold by third-party merchants rather than inventory it buys from suppliers. A decade ago, 30 percent of the goods sold on Amazon were from these outside sellers, but by last year, that had risen to 58 percent.

That growing marketplace side of its business is more profitable, because Amazon takes a cut of each sale without taking on the risk of holding inventory.

Third-party services produced more than $11 billion in sales in the latest quarter.

At the same time, Amazon’s costs for fulfilling orders were down 4 percent. Mr. Olsavsky said that was largely because the company had been building fewer warehouses than in the past, which meant it had to hire fewer new workers.

“Right now, we are on a nice path where we are getting the most of out of the capacity we have,” he said.

Big money in the cloud and ads. While Amazon’s retail business has never had particularly high margins, other parts of the company do, and their growth is accelerating. In the last quarter, Amazon’s cloud computing business made up 13 percent of sales but roughly half of the company’s $4.4 billion in operating income.

Amazon essentially created the industry of cloud computing and has maintained its lead, signing major deals with large companies. The business recorded $7.7 billion in sales, up 42 percent from a year earlier.

Investors are also keenly interested in Amazon’s advertising business. Amazon barely talks about it, but it’s another dynamo. In the first quarter, Amazon’s “Other” business segment, which it says is largely ads, grew 36 percent to $2.7 billion.

Those profitable businesses give Amazon flexibility to invest across its empire.

“They are the ultimate in optionality,” said Mr. Blackledge at Cowen. “They can cut Whole Foods prices because their ad business is ramping up.”