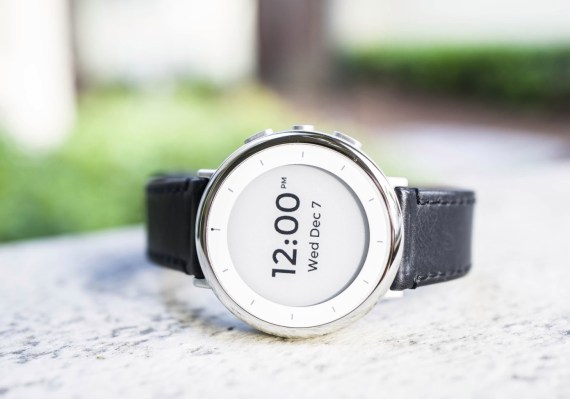 Big week for Google wearable news — which, honestly, is not a phrase I expected to write in 2019. But a day after the company announced an agreement to purchase Fossil’s wearable technology for $40 million, Alphabet-owned research group Verily just scored FDA clearance for its electrocardiogram (ECG) technology.

The clearance pertains specifically to the company’s Study Watch. The device, which was announced back in 2017, shouldn’t be confused with the company’s more consumer-facing Wear OS efforts. Instead, the product is designed expressly for the purpose of gathering vitals for serious medical studies of conditions like MS and Parkinson’s.

“The ability to take an on-demand, single-lead ECG, can support both population-based research and an individual’s clinical care,” Verily writes on its blog. “Receiving this clearance showcases our commitment to the high standards of the FDA for safety and effectiveness and will help us advance the application of Study Watch in various disease areas and future indications.”

The Study Watch is a prescription-only device, but the clearance leaves one wondering how this might open the door for an upcoming Pixel Watch. After all, Fossil’s most recent Wear OS devices had a decided health focus, in keeping with most recent smartwatches. After Apple’s recent addition of ECG on the Series 4 Watch, it tracks that Google would want to go to market with a similar health-focused feature set.

Meantime, this news should open the door for the E Ink device’s ability to help collect some meaningful information for medical researchers.