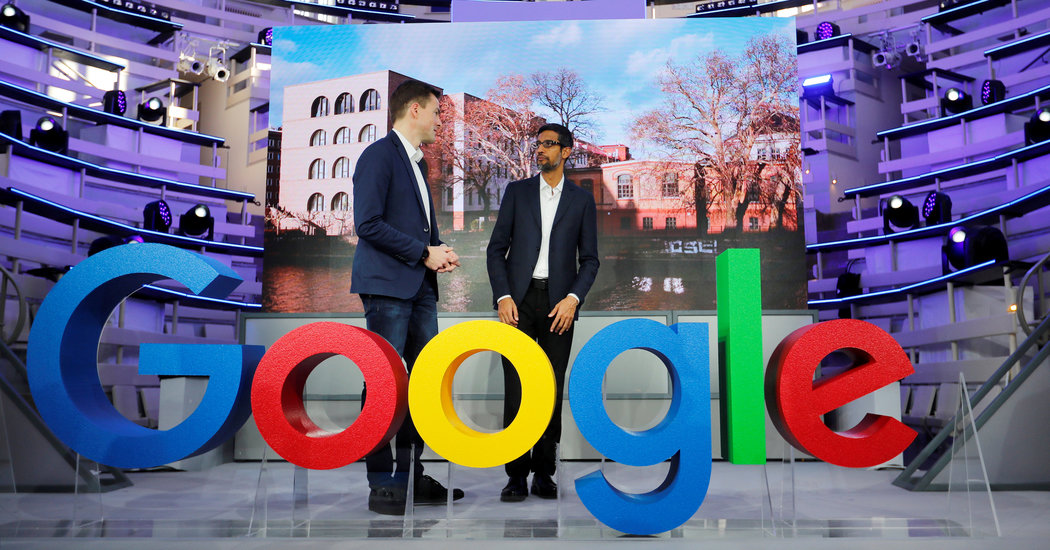 That streak may be coming to an end. On Monday, Alphabet said revenue in its most recent quarter increased 17 percent from the same period last year, to $36.3 billion. That was about $1 billion short of Wall Street’s expectations.

The Silicon Valley company’s revenue had grown more than 20 percent every quarter since 2016.

The law of large numbers is simple: As a company gets bigger, it becomes difficult to find new ways to make money and maintain rapid growth. The issue has dogged other big tech companies like Apple in recent years.

Alphabet explained the revenue shortfall with a very big-company answer. It said the strong United States dollar dented revenue by $1.2 billion. Google executives rattled off a long list of currencies weakening against the dollar, including the euro, the British pound, Brazilian real and Indian rupee. The company said it expected foreign currency to be an issue again in the current quarter.

Shares of Alphabet fell about 7 percent in after-hours trading.

In a conference call with Sundar Pichai, Google’s chief executive, and Ruth Porat, Alphabet’s chief financial officer, analysts tried to find another explanation for the revenue shortfall with little success.

“I guess I’ll beat the dead horse on the revenue deceleration,” said Ross Sandler, an analyst at Barclays who follows the company. He asked whether there was an issue in Asia, where revenue grew 1 percent from the previous quarter.

But Ms. Porat and Mr. Pichai did not offer much detail. Alphabet does not employ a quarter-by-quarter strategy, they said, and it invests for the long term.

Alphabet said clicks on advertisements on sites like Google and YouTube grew 39 percent — a notch below increases of 50 to 60 percent in recent quarters. Ms. Porat said the rate at which consumers are clicking on YouTube ads is not increasing as fast as before.

Concern about 17 percent growth — Wall Street had estimated a 19 percent increase — was a shift from usual scrutiny of how well Alphabet keeps its spending under control. But not all analysts were wringing their hands.

[Get the Bits newsletter for the latest from Silicon Valley and the technology industry.]

“So long as they’re growing, I don’t have a problem with the rate being 17 percent versus 19 percent,” Michael Pachter, an analyst at Wedbush Securities, said in an email. “We’re all just guessing at growth rates, and to be honest, currency explains it all.”

Net profit fell 29 percent during the quarter to $6.7 billion, from $9.4 billion a year earlier.

In March, the European Union levied a €1.5 billion fine against Google. The fine, worth about $1.7 billion, hit Alphabet’s bottom line. Google has not paid it yet, but it sets aside the money from its earnings as a one-time expense. The company also noted that it had a large, one-time tax gain in the first quarter of 2018, inflating the figures from last year.

It was the third penalty handed down by European authorities since 2017, totaling €8.2 billion in fines. Europe has also demanded that Google adjust some of its business practices to fall in line with European law.

Alphabet is not the only company feeling the sting of regulators. Last week, Facebook announced that it was setting aside up to $5 billion for potential fines from the Federal Trade Commission for consumer privacy violations.

Neither fine is financially significant to companies of Alphabet and Facebook’s magnitude. Facebook’s share price surged after the announcement because investors had worried the fine could be bigger.